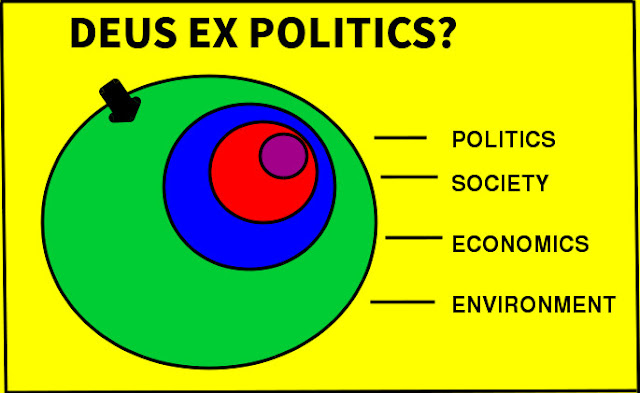 Lost Leonardo raises a very very interesting observation in his latest blog: Not Whether, But How:-

"What can one say when confronted with this level of wilful self-delusion? Europe is not the EU. I will keep saying that because it is true and because anybody who attempts to muddy the water on that particular issue is either being manipulative or is so stupid as to warrant no further attention. Many of the people who refer to the EU as Europe are both.

These are not knowledgeable people. These are people who have not troubled to learn anything new since the vote. Their arguments, if one can call them that, are stuck in the past, wishing after a referendum outcome that the British people declined to deliver."

What is an Argument?

An ARGUMENT is a sequence of statements of which one is intended as a CONCLUSION and the others, the PREMISES, are intended to prove or at least provide some evidence for the conclusion (using declarative sentences).

Though the premises of an argument must be intended to prove or provide evidence for the conclusion, they need not actually do so. There are bad arguments as well as good ones.

Building chains of premises based on midpoints being both premises to forward conclusions and such conclusions acting as premises subsequently are non-basic arguments or complex arguments. Those premises and assumptions which form the foundation of such arguments are BASIC PREMISES or ASSUMPTIONS.

If we are careful we define our premises. For example using the above diagram:-
To add to Lost Leonardo's examples is Speaker John Bercow: I voted to remain in EU recent statements or "argument" for voting to Remain as he freely communicates:-

That is the order of his argument as it is said. To rearrange into the correct argument order:-

It's worth noting that the visible majority of coverage of Bercow has been on point 5 his final conclusion in context to his SOCIAL ROLE IN OUR SOCIETY.

However it's worth a lot more to note his "basic premise" or assumption and what this foundation to his subsequent argument and conclusion and hence decision and hence information value input into this subject; is worth or worthless:-

Let's repeat it:-
Here Bercow has defined the model of our reality, our environment through IMPLICIT ASSUMPTIONS within his basic premise or 1st assumption of his argument. From this defintion of reality he then creates a model or concept of what this means in his next PREMISE:-

"The terms of the Armistice of 11th November are quite interesting.One historian put it very well

'The Allied statesmen were faced with a problem:so far they had considered the 'fourteen commandments'(Woodrow Wilson's Fourteen Points) as a piece of clever and effective American propaganda,designed primarily to undermine the fighting spirit of the Central Powers,and to bolster the morale of the lesser Allies.

Now, suddenly, the whole peace structure was supposed to be built up on that set of 'vague principles', most of which seemed to them thoroughly unrealistic,and some of which,if they were to be seriously applied,were simply unacceptable'.
So in a few days punitive armistice demands were cobbled together which laid the basis for another war."

Following this chain of logic and concluding that John Bercow has made a bad argument may have appeared laborious at this point. But the core concept of this blog is arrived at and named

The use of political argument to appear to be environmental or "reality" informing our context or conceptual understanding which surrounds future arguments in the political arena or argumentation. In fact his argument is a DEUS EX MACHINA argument of Politics and politicians manipulating and controlling the level they abstract (derive) from: SOCIETY:-


"Nietzsche argued that the deus ex machina creates a false sense of consolation that ought not to be sought in phenomena."

Let's alight from such lofty heights for a moment and come back down to earth with a personal anecdote: I had opportunity to assist some students with their English learning as they had to make speeches. I noticed that curiously they tended to pick subjects such as gender politics or racism and other such moral Aesop bolted on one-liner style topics. It took some persuasion to ask the students to consider speeches on: One something they know a lot about and perhaps are skillful at carrying out (!) and Two something they find genuinely interesting to themselves which they personally picked as individuals (!) - not apparently important as per what they can always without fail find to watch on the news shows daily... . My final thoughts from the English lesson were that young students when learning English Language seem to imitate their proximate authorities (schools themselves suffering the moral hazard of education by law and thus by force of either threat of sanction/fine or imprisonment) as opposed to learn their actual relationship with the world through the relations which we discover when learning from Logic used in argument?
Posted by Red Cliffs Of Dawlish at 06:19