What People Don't Want Is Not To Be Not Confused 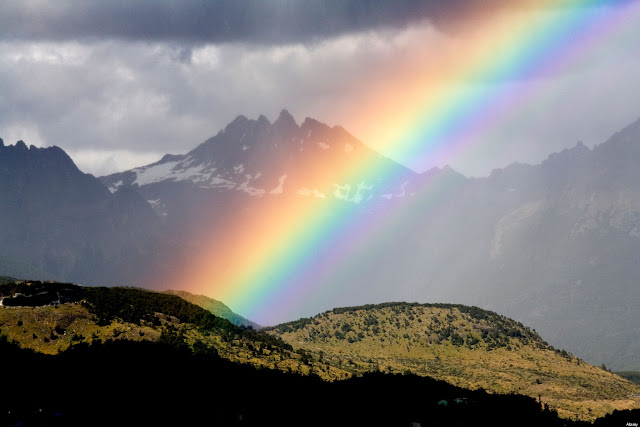 After the storm-clouds: A Rainbow

It becomes onerous to bang on about the "bubble effect" of politics. But it seems to work: On one side I have friends who give their primary or first reason for "Leave" because the UK is too small to fit any more foreigners and on the other side friends who give their primary or first reason for "Remain" because without those same foreigners our NHS would fall apart! What is interesting is that these reasons don't actually belong to either set of friends: They're parroting what they've heard in accordance with their baseline sentiments, most likely. And so evidently the drumming of various bespoke "memes" or messages along "sales pitch lines" seems effective for sheer scale of message distribution. So much for lies and campaigning.

So instead of a destructive picture, a  rainbow feels like the kind of picture full of hope and a positive outcome to all these dark clouds of confusion in the political conversation around the entire UK's chatting people. If you look at the rainbow it consists of layers of colour:-

Interestingly Wikipedia points out the origin of the colour number/order:-


"Newton, who admitted his eyes were not very critical in distinguishing colours, originally (1672) divided the spectrum into five main colours: red, yellow, green, blue and violet. Later he included orange and indigo, giving seven main colours by analogy to the number of notes in a musical scale. Newton chose to divide the visible spectrum into seven colours out of a belief derived from the beliefs of the ancient Greek sophists, who thought there was a connection between the colours, the musical notes, the known objects in the Solar System, and the days of the week."

If only nature was so neat and tidy.

Anyway, the idea of layers is in this case very intriguing as per yet another example as per EUReferendum.com:exit: hard or soft … in the head?.

It does not warrant much discussion as illustrated:- 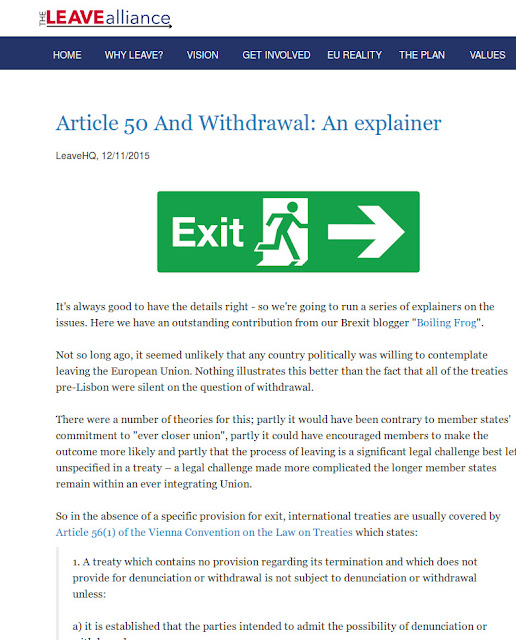 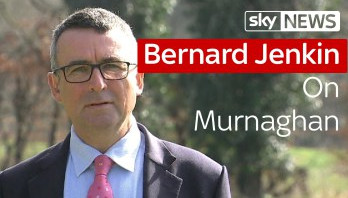 Layer 4 Reaction and inflation of "noise" by the respondents reacting to it:-

In this case the noise production by this article can be observed in part by reading the FT comments, presumably written by well-meaning observers in the public (there's always astroturfing and bots and seeding). Here it does seem that Jenkins attitude is being called out. No doubt in other similar media, such as SpikedOnline! or The Daily Express, his comments will be championed. It's interesting that this time the FT ran the article, which usually along with it's stable mate of bs The Economist runs Economic FUD as it's main narrative against political change. Perhaps the obviousness of Jenkin is too good an opportunity to miss?

But this is still a problem: Nowhere does the FT investigate or build the knowledge base from the primary sources: It along with the rest of the accursed Legacy News-Media is merely "reporting" and selecting hot air from Jenkin. One of the major functions of newspapers is to confirm the biases of audiences: The "eurosceptic industry press" on "bonfire of red-tape" has been accused by Remainers of decades of indoctrination of voters that partly "explained" the Referendum result by the "old, left-behind, low income, uneducated, rural" blockheads in the UK!!!

Delusional:-
If taking a step back and considering politics in the UK: The above are the prevailing conditions. It seems to me it's much easier to communicate what people DON'T WANT than to suggest what the NATION NEEDS according to the parameters of the actual arguments in politics; and hence the lure of incredible stupidity that "people are too stupid to be given a referendum on this issue!" that tempts some commentators. But there is an underlying reason why that is tempting: It's that in general people prefer confusion and this itself is the bread and butter of the successful politician in our society: It seems to me this explains why are loathsome politicians are so extraordinary slippery and able to aggrandize their positions in our society so successfully: Pay rises, expenses, rubbing shoulders with the prestigious, able to say what they like on the podiums and platforms devoid of the actual arguments:-
Alternatively, I noticed Dr. RAE North is producing a series of monographs Brexit: change of tactics:-

Monograph 2: The WTO Option and its application to Brexit; and
Monograph 3: Financial contributions after Brexit.


And likewise, this will be the final "general blog" here: I plan to change tactics and start learning and blogging more specifically on FLEXCIT:-

(02/08/2016) Within this mongraph is the direct reference to the government's "White Paper" 'on' Article 50. The monograph itself covers a lot of the framework of thinking around this subject that's needed to contextualize as much as searching for "definitive content" on the reasons why Article 50 is the actual Withdrawal process for the UK from the EU.

Finally, there's so much nonsense concerning " "Brexit means Brexit" (Theresa May) - What does that mean?"

Brexit (British Exit) = "WITHDRAWAL from EU TREATIES by ARTICLE 50 only."

The concept of definitions using parsimony does not include excessive ASSUMPTIONS beyond the core meaning. When this happens, an original meaning loses it's accuracy or "ambiguity in communication" (confusion reactions) is likely effected.

This leaves enormous scope for 'speculation' concerning the practical details ofEEA outside of the above conditional change of status. Anything excessive of EEA (via/by EFTA) namely EEA MINUS is distracting away from the core objective above. In fact... Hosuk Lee-Makiyama at 23 minutes... Namely an EEA PLUS (actually: EFTA/EEA + UK/EU residual negotiation settlement).

In fact, coming back to this process which should be initiated already: Go back to Monograph 1 !!

Or to summarize what the legacy news-media of the FT and Guardian are offering their readerships here:-

"Those Filthy Remainers/Leavers! And I hate myself too, in case that's not enough alone!"

So not only do we have the legacy news-media creating crap upwards, it forces downwards crap from the confusion around people too. Evidently this is stimulating to people; particularly the peculiar sentiment above I've tried to capture. Fortunately the odd comment recognizes this and injects some common sense:-

Meanwhile right at Layer 0: Some technical trade discussion is provided in the latest monograph clearly splitting the confusion of "Treaty Politics or Relationship Expectations" from "Trade Technicalities or Practical Progression". Brexit: Monograph 5

This is more applicable to Leavers to appreciate: The Relationship argument was right to reframe but the technical details and Trade arguments come later, don't mix the two foolishly or you'll heap on confusion (apparently preferred by most people....)
Posted by Red Cliffs Of Dawlish at 09:21