A mere snap-shot attempting to illustrate a merest modicum of complexity, but at least fun to watch!

I think one of the biggest single explanations that captures a lot of, if not all of, the reasons that we finally see arguments made now that could or should have been made during the Referendum Campaign, is the way and worry of how politics really works. Any clearly stated course of action to be motioned for decision-making upon, creates a reaction and hence a chain of reactions forms and counter-reacts then reforms and so on.

What is left? A shadow-play of words; a calculation on intended but veiled effect; most particularly on manipulating relationships and groups of relationships: What is generally taken for granted as "Politics". Thus because we have finally had a decision, that has the weight of finality about it (despite the whinging), suddenly a lot of talking heads are coming onto the issues that were SO CLEARLY LAID OUT in FLEXCIT a few years ago. This itself is worth observing: The information may be available and highly accessible, but the emotional state of people seems to predominate in their behaviour, effectively blinding them to it. If ever there's a need for a mass anthropolitical (hehe!) study... Indeed if you believe in following those that govern the people because "they know best" and act "in everyone's best interests" just read this: Brexit: the darkest of games.

And so, to point out in EUReferendum.com 's recent postings:-

The WTO Option:-
It is complex! In fact to save you attempting to master the details, just think of it in terms of a chain-reaction of complexity as the above video at least indicates though not on a scale or degree of dimensional complexity that is needed. The point is made, one false move and the whole bloody thing:-
The other issue that seems to be burning away still apparently unresolvable but actually operating in the above description of "chain-reactions" and managing these things is "Freedom of Movement"; again using EUReferendum 's research to summarize:-
As has been noted, the "hollowing out" of the UK's national decision-making organs or institutions for the running of the UK, means that the politicians in Westminster serve only one useful function, these days: Enacting their role of "shadow play words" over everything for public and media consumption: Namely to use the chain-reaction motif, managing reactions, not it seems actually using information to make decisions: Perhaps Whitehall is doing that... using the one Brexit plan that actually defines the parameters then applies those conditions to any solution.

If you want an explanation for what "goes as argument" in 99% of the Legacy News-Media, then I would posit "this is as good as it gets!" Hence to be clear: The false narrative that thrives at present between The Single Market continued membership vs Freedom of Movement is merely a management of factions and their own infernal recursion of meanings: Complete gibberish fuelling the emotional reactions and managing them.

What's this all about then? There's an interesting discussion on the BBC iPlayer at the moment, you may care to watch and it contains some useful information: Britain's Vote In The EU Referendum

I took some notes while watching it and again using the idea of a chain-reaction to contain the relevant information and interpret it:-

Geoff Evans made some very interesting comments on the legacy of New Labour and Tony Blair and the interaction of this on Old Labour, The Working Class Vote, Immigration and Referendums/Referenda. It's worth watching.

However his information may be quite applicable and probably quite accurate, it did occur to me that his explanation was a bit like looking at the end of a chain reaction and saying "Here's the really important bit!" I think again to reference, a fuller understanding is the reward for reading The Great Deception history and reference and research on the EU, itself! Some of his language is good: "Liberal Intelligensia" or "UKIP Curious".

Next up Jane Green, it seemed to me was waffling off her feet and I could not understand her speech, only see her mouth moving. I think it was all pointed to saying "Remain was against the Status Quo of British people who were fairly pessimistic about the "so-called good" of the EU as described by the "Liberal Intelligensia". Again common sense vs a dangerously deluded over-thinking it bunch of pricks telling other people what to think.

Vernon Bogdanor, was of course very interesting on the so-called UK Constitution using an array of quotes on the subject that were both entertaining and insightful and hence useful for interpreting events against. In particular the "delegation of power" from people to Parliament and the limits that such power could or should be further bartered onwards away from and indeed how Referendums consequentially at least in the upper-echelons of the political elite became a crisis of their own identity and making.

The next speaker was Sarah Hageman, and here we really reach the business of this blog: She described "Contagion" or what I've then called "Chain-Reaction" in general application. Here specifically:-

Here we return to the drivel about Freedom of Movement vs The Single Market!! Hello!

But there is a really important principle here: The complexity is REAL: From both perspectives of the Remain EU'ers or the Brexiteers and hence absolutely Brexit must be a very measured and controlled plan: Indeed FLEXCIT's staged or iterative withdrawal principle is exactly what this means given the complexity at stake (just think of those dominoes). It hence suggests the EU cannot "give in" on Freedom of Movement if the UK is sustain Single Market access, which would go a long way to calming market flux; ie the EFTA/EEA option purely for political reasons is very rational. Indeed looking at the EU, they really need to resolve the 4th issue above and speed on with their new Eurozone Treaty. Finally as per the blogs by Dr. RAE North above on Freedom of Movement, it's iteratively improving in the EFTA/EEA set-up secondly in any case - as planned.

The opposite of this? Shit communication, the likes of which are in torrents in the Legacy News-Media and politicians of Westminster. In fact, as per the previous blog a negative spiral against correct and healthy democratic processes.

Interestingly the final speaker, Cathyrn Costello, backs this up with her talk of "Regulated Labour Markets" and circular flows and the inadequacy of regulatory measures on these economically driven flows. She even usefully makes the point that it only took One Day before all the talk of "control" or "sovereignty" was discarded and EEA becomes the main candidate. Remember after all those years and years of lies on aka "The Norway Option": The Columbo Method: Norway.

As to the meeting and "experts" the observation I made was that these people apart from Geoff Evans and Vernon Bogdanor looked like they had "panic stricken faces" on. Namely they failed to communicate as experts or in their role as experts. For example, Cathyrn Costello showed her shallow understanding or deep ignorance chirping about "No say on internal market regulation" and a somewhat righteous tone of "betrayal of polish friends" mixed with "the EU has done everything to accommodate the peculiarities of the UK". These value-laden judgements are what was discussed previously: The emotional soup washing over people.

This is the work of the politician. The work of the expert is more neutral in tone and much more measured in stating what is known or at least thought to be known compared to what most certainly is not known, for example describing the complexity of these potential chain-reactions is I think very very useful for helping people make sense of where we are at and hence how we perhaps might prefer to proceed concerning Brexit and as Mrs. May our new Prime Minister says: "Making a Success of It!"

I think it is easy to see politics feels so alien to so many people. Does it have to be this way? Probably: With change comes winners and losers. My view is however, that the change has been in motion since the history of the EU and today globalization is accelerating this rate of change which also as a subject is seeing this emotionally hot battle of winners and losers (the narrative that Brexiteers are losers is amusing! in this regard if it were perhaps not so serious at the same time). 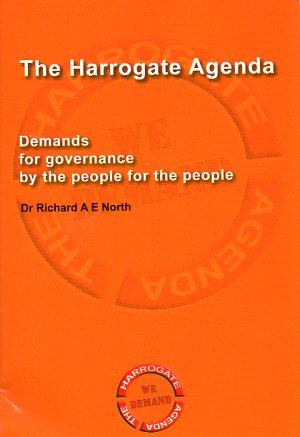 However, I think if the UK is able to take a bigger picture, or macroscope of things, it may help: In fact FLEXCIT starts off with the "least worst option" but confronts the challenges in order that in the future overall most dividends will it is hoped lead to maximizing "winners" and minimizing "losers": There is always going to be people who feel politics has afflicted them as opposed to served them: But how we manage our reactions to that and how we inform ourselves will help our reactions: And who knows, perhaps that itself will finally change politics, positively?
Posted by Red Cliffs Of Dawlish at 17:35