Brexit Negotiations: "Over By Christmas." 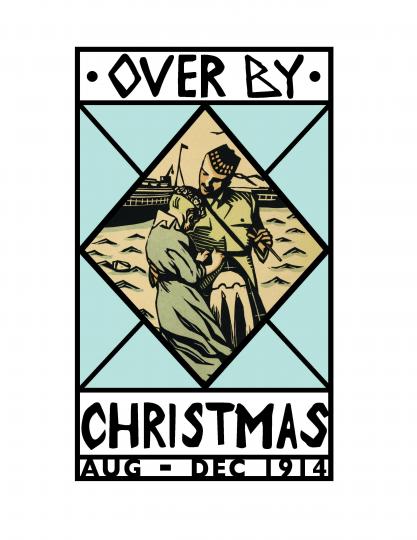 In the previous blog, I mentioned (or dramatically if you prefer) 'revealed' an idea for my own reasons for pursuing an interesting in the affairs of politicians of the UK concerning Brexit: In a word: "Giri".

But there's that idea of "duty" and then there's blind stupidity or obedience in social hierarchy at a truly mass scale of people. When I think of this idea, it reminds me of the words and beliefs of all the so many people during the months from June-December 1914, a similar number and the same months in fact from June-December 2016, coincidentally:- 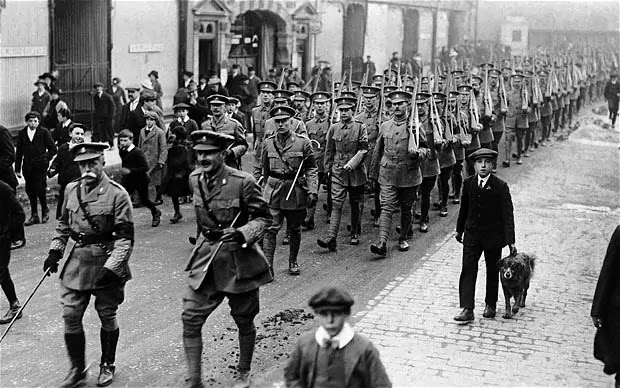 'We’ll be home by Christmas’: the departure of the 1st Battalion of the Mid-Kent Volunteers for the front from Royal Tunbridge Wells in 1914 Photo: Popperfoto/Getty Images

This is a process which is currently operating under the recent experience, almost still the present continuous of the Referendum of the UK on EU Membership and the result of that Referendum: Leave (aka British Exit "Brexit": The Withdrawal of the UK from the EU according to Article 50 community rules). To quote Dr. RAE North, Brexit: a year of opportunity:-


"Traditionally in this long interregnum between Christmas and the New Year, the newspapers fill their space with retrospectives. This year, there is plenty for them to write about, so much so that Brexit will be struggling to compete.Much of what will be written about Brexit over the next weeks will be reheated material that was scarcely worth reading first time around, and so little does the media have to offer that even vaguely original articles have so little merit that one struggles to read to the end of them. And we can certainly do without the "project fear" still on offer from the Independent. Just occasionally, though, we see an article that is actually worth reading – even if one has to go to the New York Times for it."


A lot of blind egos will pop up at this stage and say stupid things: "Leaving was bad" (I was only just looking at the stupid twitter accounts of Scientists for EU who are talking to the equally stupid "leave everything now" twitter users: A sort of Red Cape + Bull Fight contest devolving into trivial posturing before your eyes...). Competition of egos for competition's sake? War for war's sake? How terribly stupid.

But this blog is not a pointless exercise in blind nostalgia nor brow-beating for the pleasure of pointing out how stupid people especially in large groups can act. Only today on the BBC iPlayer there is the Select Committees: Exiting The EU repeat viewing of David Davies doing a remarkably good impression of David Brent (The Office) in answering questions about Brexit. There's skill in both characters and hence that is not a lofty dig at David Davies competence or character, it's merely pointing out that there's been so many public relations announcements about Brexit that have turned upside down, gone back to front and then back again, U-turned, reversed and so on. It's a similar experience to the "Over by Christmas" mood of the beginning of the war here captured eloquently, the divergence of expectations:-


"War was romantic. War was colourful flags, spiked helmets and flashing sabers. War was an adventure. Those called to arms would be heroes, defending their homelands and way of life. Over By Christmas: August-December 1914 examines these romantic notions colliding with the harsh realities of war."

The real stupidity is that so many people continue to act as if blinded and unaware of all these contradictions. Or let's now get to the point: Most if not just about everyone will end up with "false memory" of how Brexit occurred and why. Instead it'll continue to drag out for many years to come until it's as normal as what is currently or was normal before: Being an EU member and all the mischaracterizations that the politicians previously used for that false memory:-
And all that fucking crap! You have to laugh at how quaint it's fast already becoming to hear those which were all such the rage only greater than 12 months ago. We'll begin a whole new phase of life for "more of the same"! 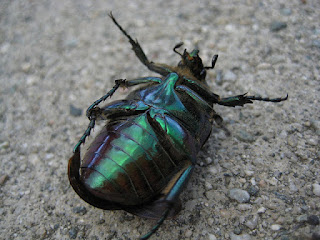 Poor Remain Voters: Politicians kept you flipped on your backs all this time when it was in their power to put you right and back under your own steam.


Pointing this out is one thing, funny as it is. But the worse of it is to come and mostly not this time so much for Remainers, but Leavers who should have done a lot better than they did in the Referendum: Here's why:

The opportunity of people during the Referendum to "take control" not of the EU but of UK Politics for themselves over their politicians was mostly spurned or confused as something else. Hence FLEXCIT as a plan was not so much The Plan, as an intelligent evidence of decision-making capacity before execution through a direct democracy process. Unfortunately this idea was simply too sophisticated or else the quality of people was too low for the idea (sophistication being relative).

Such an opportunity... passed by people for much lower order demands. The politicians return to centre stage back with their "Polyglot" methods (see above) which no doubt they're relieved worked on both sides in the Referendum and hence will continue to carry on using during the negotiation process (see David Brent Davies above). People and especially people who voted Leave, your contribution is now over by your own mistakes in dealing with our own politicians: At least see those mistakes for what they are and hence remember them (faithfully) so that in the future either your future selves or others don't make the same mistakes as you did. 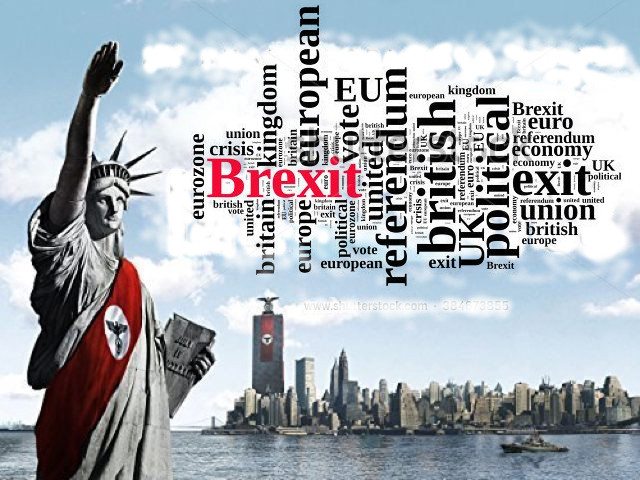 It's Boxing Day today, and there's two final points to make: The Negotiations are going to go on for many years to come in various forms, seriousness and caution is needed. People might decide of their own accord that if politics seems to make no progress or that politicians speak a strange language as if from another alternative reality, then they might choose to take back power/control through a more disciplined approach:- 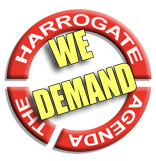