Decrypting: What is Babel-17? 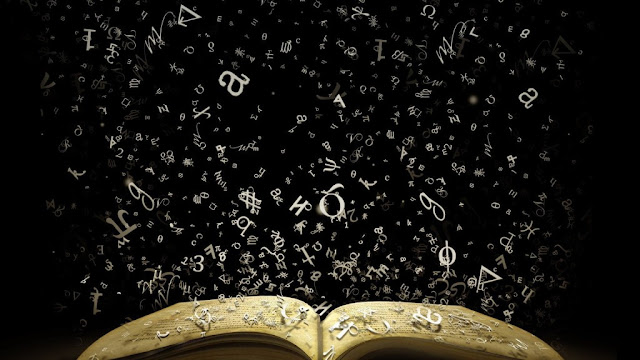 Samuel R. Delany's sci-fi novel Babel-17 tells the story of a humanity encountering an alien language in the far future galaxy. This language "appears" to threaten invasion, but in order to counter the threat, the messages must first be understood. Not only the above consideration from Wittgenstein is implicit in this contention, but also:


"...my work consists of two parts: of the one which is here, and of everything which I have not written. And precisely this second part is the important one."

Here we have two considerations: The limitation of language and the limitations of what we select in order to use language to communicate. In fact Wittgenstein manages to get to the heart of the story in Babel-17 without giving away the underlying plot of the story.

Now imagine these 2 core elements of the language used in the our politics of EU Referendum and Brexit in the Legacy News-Media broadcasting the ideas from the Top Tiers of the Political Food Web:-

By now I hope you are reading this, thinking I knew this blogger was cracked; a little too quirky and now banging on about sci-fi and Wittgenstein and language... ! 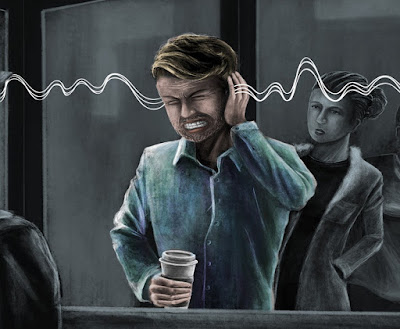 A "low drone" dominates and is broadcast incessantly

Now, instead of travelling far into the future and facing the seemingly inscrutable dangers of an alien language, let us take a journey back into the recent past that already looks so far away: PANORAMA The Great Euro Debate TX. 27/1/97.

What is absolutely fascinating is that the time is different, yet the pattern of the subject is almost identical to the present prevalent "LOW DRONE" we find drowning us in the Legacy News-Media in the newspapers, webpages, radio and television mediums.

You can read the above or watch the video link.

I was just watching the latest BBC Question Time and the deception over the Norway Option was manifest once again:- 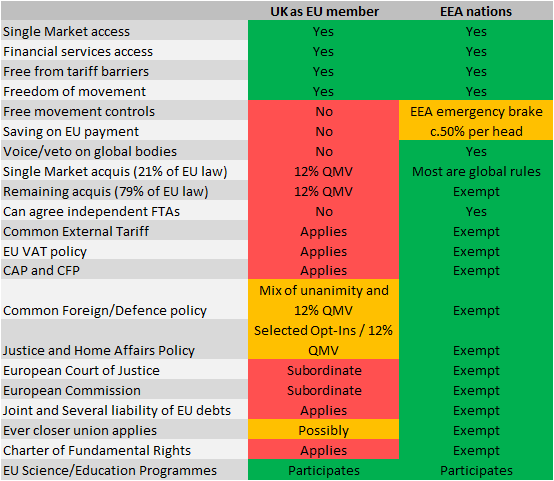 Unfortunately this scorecard won't be broadcast far and wide by the BBC so instead we have:-
Emitting their "low drone" and suffusing the British electorate with it. Do they know what they speak of? If not they cannot speak of it. 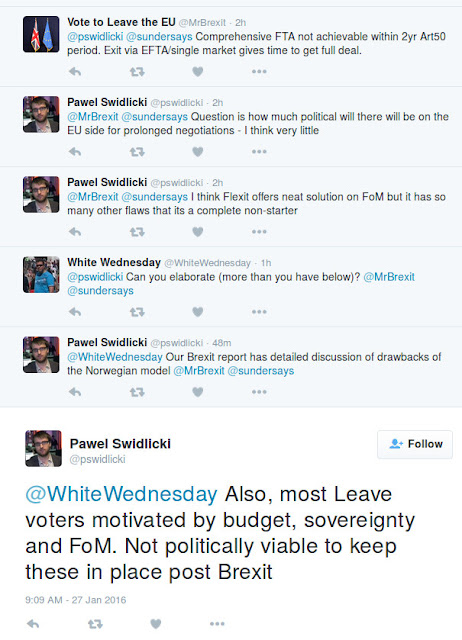 Here's a most illuminating consequence of our "Babel-17" language on the EU Referendum: Pawel Swidlicki now TALKS FOR PEOPLE!!! because he knows what they want - OR, because people like him exploit the "low drone" language that people use to speak about the subject.... [Details: Norwegian model or Norway Option a lot like EU / Europe; Flexit or FLEXCIT]

There are 2 very hard results to discuss here:- 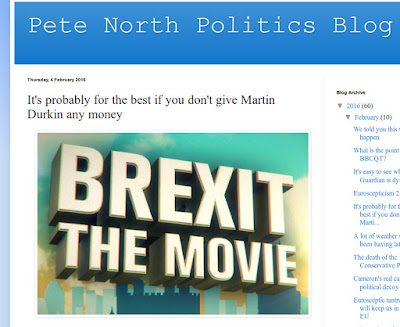 Posted by Red Cliffs Of Dawlish at 16:15