Early Purple Orchid - Many Thanks To You All 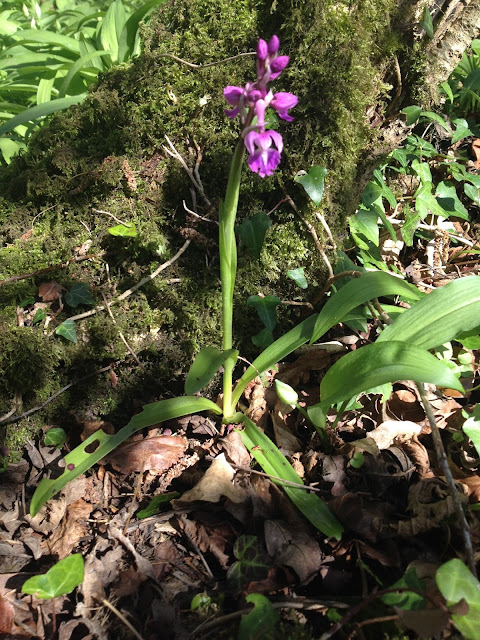 
This was posted by The Boiling Frog over at EUReferendum.com concerning Dr Helen Szamuely:-


"Yesterday I was thinking about my first meeting with Alan Sked in 1991 at the house of Eva Taylor, widow of A. J. P. Taylor, our common supervisor and what came out of that. What a long way we have come. I claim some credit."

It was The Boiling Frog blog that led me to EUReferendum.com and the variety of useful influences and help in attempting to further expand the scope and improve the quality of political discussion and debate in the UK concerning this subject. I think I came across the blog sometime in early 2013 or perhaps just before. Pete North Politics Blog: Helen Szamuely:


"Helen was a massively influential part of the early eurosceptic movement long before Ukip became a household name. One of the original Brexiteers. She was a hugely respected thinker on the right and a well known voice in conservative circles."


I had not heard of this lady but it brings to mind the many many people who started this movement far beyond my reckoning(some as far back as the late 1960's in the Campaign for an Independent Britain CIB group) and contributed in the right way to it who are not well known but who need to be thanked for their early and essential actions.

On that note, this blog (finally) ends. I aim to start a new a new website and continue what others started:-

John Ashworth has produced another excellent Fisheries booklet... "Seizing The Moment: The Opportunities For UK Fisheries After Brexit" while Scribblings From Seaham has started another website for Real Democracy: Direct Democracy 4 UK "Moving Forward – A Public Consultation." and Lost Leonardo has murmings of starting blogging again...

For current Brexit Research from Dr. RAE North, don't forget to keep checking and reading (and re-reading) The Brexit Monographs at EUReferendum.com as well as the daily blogging.