So Long, and Thanks for All the Fish 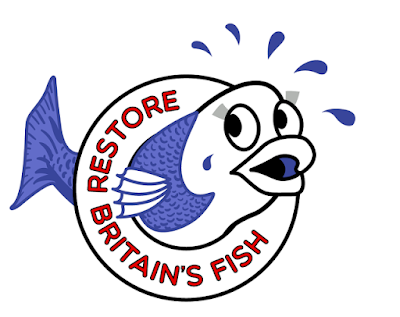 So Long, and Thanks for All the Fish is the famous line and book from British sci-fi writer, Douglas Adams, a comedy of sorts. Unfortunately the story of Britain's Fisheries is a tragedy. The original campaign Save Britain's Fish to remove the Common Fisheries Policy (CFP) failed to save Britain's fish and indeed it's industry and hence the new campaign is now to "RESTORE" (Restore Britain's Fish) it from this politically inflicted disaster both on the industry and the natural resource that make up both sides of the Fisheries of Britain. 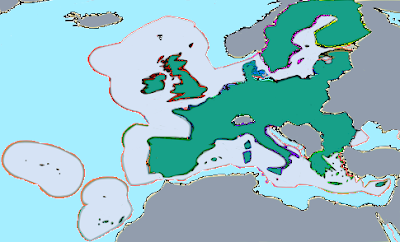 Map: Fisheries is a visibly significant British Resource; Norway and Iceland remained outside the CFP outside the EU; as EFTA/EEA members

To understand this, we must look at "White  Paper, The  United  Kingdom  and  the  European  Communities" as per The Great Deception: The Great Fisheries Scandal, p.179:-


"The  Government  is  determined  to  secure  proper  safeguards  for  the  British fishing  industry. The  Community  has  recognised  the  need  to  change  its fisheries  policy  for  an  enlarged Community  of  Ten,  particularly  in  regard  to access to fishing grounds." 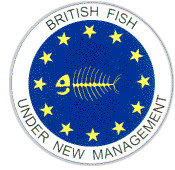 We compare the above communication to the people with the politicians negotiations on 30th June, 1970:-


"Furthermore,  there  was  already  international  pressure  for  a  major  revision  of the  international  law  of  the  sea,  to  extend  national  control  of  fisheries  to  200 miles (or the ‘median line’ between two  nations). When  this  took  place,  the waters  of  the  four  applicants  would  contain  well  over  90  percent  of  western Europe’s fish, some 80 percent of the total in seas controlled by Britain."

These were the conditions for Britain. The condition for the EEC (as the EU was called then). 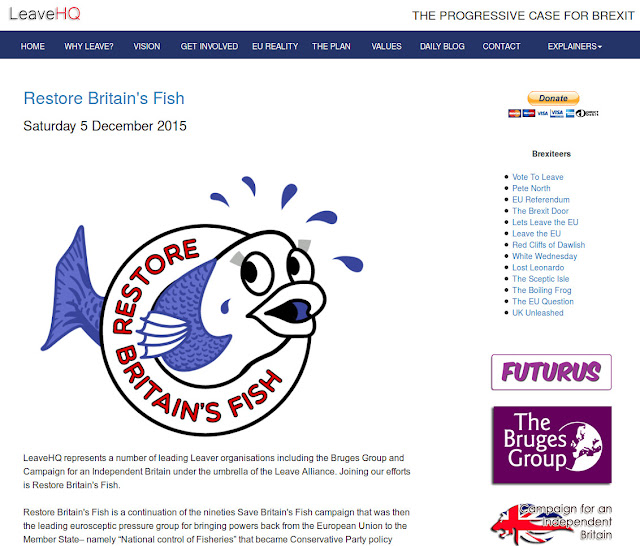 To quote  John Ashworth at Campaign For An Independent Britain (Who is lead campaigner of both Save Britain's Fish in the 1990's and now again in the new campaign in conjunction with persons from the fishing industry and ancillary industries from all coastal areas from Cornwall to Shetland and Northern Ireland.):-


"Coming back to Britain’s Accession, the original six members, hours before the signed application for membership from the four was handed in, created Fisheries regulation 2140/70, which contained:" 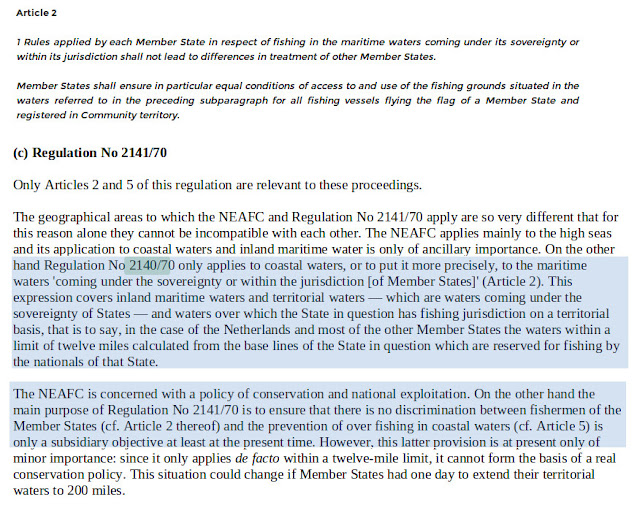 The above shows Article 2 of the regulation as well as quote from Judgment of the Court, Cornelis Kramer and Others, Joined Cases 3, 4 and 6/76 (14 July 1976) with interpretation of the description of this Regulation within contention between "High Seas" vs "Sovereign Coastal Waters". It suggests that under the EEC/EU nations held 12-mile rights but under Article 2 gave up the full 200-miles rights to the community (number of members with equal rights to these British Sovereign Waters). 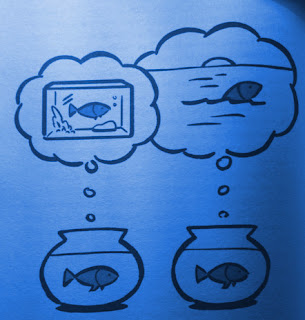 
Breadth of the exclusive economic zone

"The exclusive economic zone shall not extend beyond 200 nautical miles from the baselines from which the breadth of the territorial sea is measured."


HM Government: Review of the Balance of Competences between the United Kingdom and the European Union Fisheries Report (Summer 2014)

Coming back to The Great Deception, it is recorded how various different approaches to finding a legal basis to the Treaty to enact "equal access to all members" was sought via numerous convoluted and tenuous possibilities within the existing Treaties, going back so as to The Treaty of Rome. Effectively the "fingerprints of such actions recorded" gave away the intention/motive of this regulation at it's inception:-

"On  the  basis  of  this  evaluation,  it  was  evident  that  the  Treaty  offered  no justification   for   what   was   clearly   being   considered,   and   therefore   any regulation  enacting it  would  a  legal  base. Nevertheless,  a  regulation  was drafted to define the ‘equal access’ principle, with the intention of placing it in the acquis before  the  four  would-be  entrants  lodged  their  applications. It would  then have to  be  accepted  by  them,  without  argument. By  any  measure or description, this was a trap, aimed at appropriating the applicants’ property in order to share it between the Community members." ~ The Great Deception, Christopher Booker and Richard North, p.180

The next question to ask is: What is/was the effect of this on Britain's Fisheries; quoting FLEXCIT: Stage 4 - Restoring independent policies ~ 14.0 Fisheries, p.267:-

"This  provided  a  graphic  illustration  of  the  way  the  CFP  worked.  Access  to fishing grounds had been dominated by political considerations, on the basis of "equal  access" to  what  was defined  as  a "common  resource"." 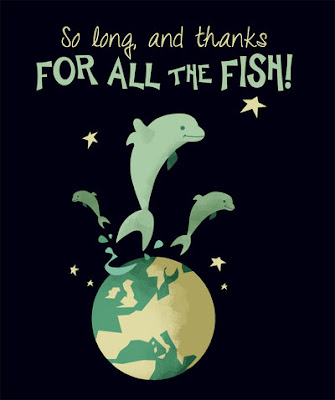 This has been a tragic story; much like the self-inflicted EURO. But the story continues from John Ashworth is writing a weekly blog on this subject starting with The Common Fisheries Policy – Part 1 and continuing each Monday over the next few weeks at Campaign For An Independent Britain. If I've made any factual errors, please let me know: It's a very interesting area of the EU debate, which is hopefully conveyed in the above introductory (background) summary above.

The promises to people by the politicians motioning to join the EEC/EURO/EU or whatever next, have been proven to be great deceptions based on super-political logic that have damaged people's lives, damaged resources and damaged industries, we could end by saying, with respect to Fisheries:-