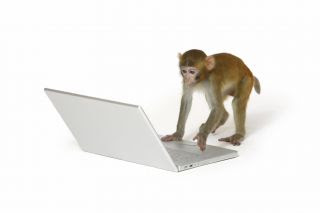 Recently I've been pouring over many papers concerning the environment policy as well as extending that into something else I'm preparing for another purpose, and it has not been possible to write that up as the next blog post, probably for at least another week. Hence I wanted to explore this idea about how people think about things while providing a hopefully enjoyable diversion for anyone feeling bored out of their minds by the "noise" or to reframe this positively into something to find entertaining, afterall 'politics/politicians' "like to be entertaining" when it suits them, as much as being ignored also when it suits them.

I enjoy metaphors almost as much as I enjoy watching animals and in fact the combination is irresistible for use in communication. Why? I think in written communication, the rules of grammar dictate the form of what is said and that is necessarily so. A metaphor allows a wider unspoken space to be intuitively grasped perhaps in addition to following the rules of grammar. We already use what we know to understand what otherwise would require lengthy details and descriptions.

This is useful but it seems it can lead to errors. If the metaphor is overstretched then it will become the argument and lead to non-sequiturs and the like. Or in other words the container for ideas becomes the argument as opposed to the actual ideas held within. This has already been seen regarding the totemic "voodoo dolls" in discussion for Brexit:- 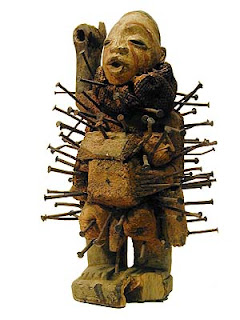 The simple answer is that Brexit is very complicated. But also, equally the simple answer to the subsequent step in thinking taken that "the problem is, there is no solution" is to recognize first behavioural responses: (1) "pin sticking activity above" as well as recognize (2) such a mantra is logically a fallacy of thinking that the problem itself has not been defined, hence there is no solution and if no solution - no problem defined, not necessarily no solution. Pete North makes this observation about the excessive problematizing of Brexit: The way forward for Brexit. Not only is he right, he's also well within his "rights" to feel a trifle "peeved" with the behaviour of people being so enormously entertained by "typing monkeys" thinking and "voodoo doll" pin sticking behaviour. If you want real entertainment, this wonderful quote from Dr. RAE North:-


"It's thirty months since we published the first version of Flexcit, pointing out that a trade deal with the EU inside two years was not possible, and now the Independent considers it news that "experts" have woken up to that fact."

The economic "sky falling on our heads" has not come to pass as swiftly as some had hoped before the referendum, so a new circus has had to come to town to entertain everyone instead - probably the above, which I've used the metaphor of Infinite monkey theorem to keep with the standard of entertainment expected:-


"The infinite monkey theorem states that a monkey hitting keys at random on a typewriter keyboard for an infinite amount of time will almost surely type a given text, such as the complete works of William Shakespeare.

In this context, "almost surely" is a mathematical term with a precise meaning, and the "monkey" is not an actual monkey, but a metaphor for an abstract device that produces an endless random sequence of letters and symbols."

Of course it's worth appreciating that the monkeys are a metaphor, because this interesting experiment putting the practicalities into practice shows a somewhat more "down to earth result":-


"In 2003, lecturers and students from the University of Plymouth MediaLab Arts course used a £2,000 grant from the Arts Council to study the literary output of real monkeys. They left a computer keyboard in the enclosure of six Celebes crested macaques in Paignton Zoo in Devon in England for a month, with a radio link to broadcast the results on a website.

Not only did the monkeys produce nothing but five total pages largely consisting of the letter S, the lead male began by bashing the keyboard with a stone, and the monkeys continued by urinating and defecating on it. Mike Phillips, director of the university's Institute of Digital Arts and Technology (i-DAT), said that the artist-funded project was primarily performance art, and they had learned "an awful lot" from it. He concluded that monkeys "are not random generators. They're more complex than that. ... They were quite interested in the screen, and they saw that when they typed a letter, something happened. There was a level of intention there."

Thanks to the commentators at EUReferendum.com for pointing this out some time ago. And any readers of this blog, thank you for reading, but I hope you've been entertained by the notion of the story above as well as using it to compare with what is currently the output in the Legacy News-Media concerning Brexit?! Hmm. 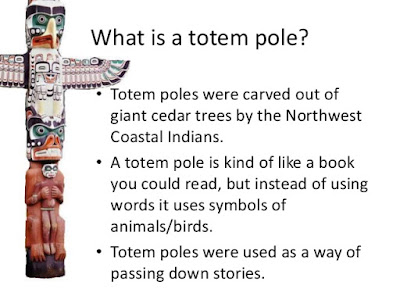 I was reading about totem poles in "Art: The Whole Story" recently and as opposed to what is usually thought: The lower-down segments are usually the more important story components...

According to the article:-

Sebastian [Remøy] is Global Head of Public Affairs for Kreab and leads the consultancy’s Trade Competition and Digital practice. He is part of the London School of Economics’ [LSE] Commission on the Future of Britain in Europe and is European Co-Chair of the Brexit Working Group in the Trans-Atlantic Business Council. Previously, Sebastian was Senior Officer in the EEA Coordination Division of the EFTA Secretariat and was Deputy Head of the Commercial Section at the U.S. Embassy in Oslo. He has dual Norwegian/American citizenship.


It's interesting because Pete North further makes the observation in the comments section at his blog The way forward for Brexit:-


"He knows full well Flexcit exists but prefers his brand of problematising because that's what his acolytes feed off...

As to my tone, it's largely because I am sick to death of these cleverdicks who persistently lie by omission and put the walls up when challenged. Brexit problematising is a cottage industry whereby anyone with ideas and solutions is excluded because the very last thing they want to do is discuss ways forward.
The joke of it is, were he actually interested in solutions he would have found us

Flexciteers helpful and cooperative. We have perfectly amicable relationships with remainers who are interested in answers - but that is not DAG.

There is a whole universe of other issues he has yet to discover and when he does he'll parade it round like nobody has ever thought of it before. And again when it turns out that there is a perfectly viable solution he'll ignore that too. You can't really work with that - so if sneering derision is what he gets then it's no less than he deserves.

Throughout the FT clique have framed the debate by excluding critical pieces of information..."

There's a commentator "HarryT" there who falls for the predictable:-


"Yeah... perhaps. It would be a shame if Flexcit were a great idea but people were put off finding out about it by the way its proponents behaved."

"You are looking at this as one single post from Green. It isn't. This is part of a pattern of behaviour from him. Continued problematising and catastrophisation to the exclusion of all external sources."


I was watching   Recorded coverage of the president of the European Parliament Martin Schultz MEP making a speech at the London School of Economics on EU and Brexit, from Friday 23 September. And I have nothing personally against what is said in the speech by Mr. Shultz who curiously keeps to the straight and narrow line and points out it's mostly a question of acceptable behaviour, but watching the tittering behaviour of the LSE group in attendance was as fascinating, however, at the mention of "Boris": Reassuringly superior laughter. Pete North is right, above, a huge part of all the problems in that potential "formula" suggested above is "behaviour" (as above even with the accusation that those who are "unpleasant" are the ones who are not behaving!) much more than it is the actual subject itself which will indeed pose problems of it's own kind, which as FLEXCIT points at for so long, already, are indeed very complicated of themselves. But when you factor in this other form of behaviour: The question is as per the typing monkeys: How much time do they need to type out the full Brexit solution?

Posted by Red Cliffs Of Dawlish at 07:00