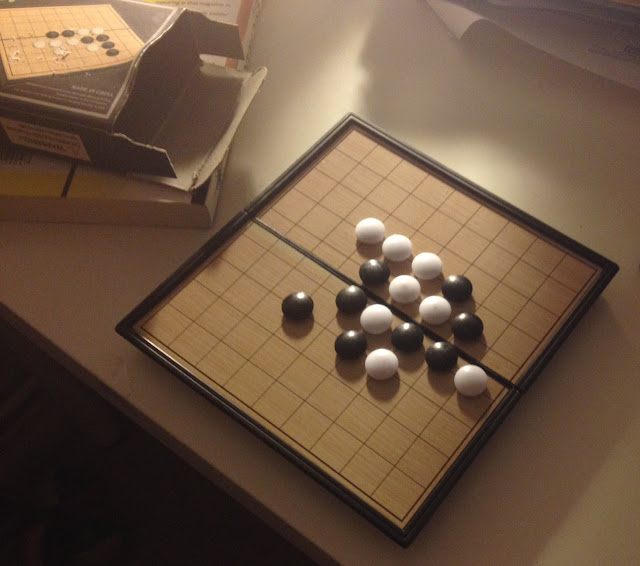 I have not found the current news-media very interesting for the last few months concerning Brexit. This statement has been made frequently and there's a couple of distinctions to make about it.

First, it needs to be repeated because the quality lacking in the news-media needs to be made more visible and more audible to more people. Secondly, however, repeating it is not the solution. Investigating why the news-media should matter at all is worth thinking about. Here, the little formula can be applied:-


It's clear that something new grabs our attention. Cats make perfect test subject on this, whenever I let one into my room it likes to investigate new objects or objects in new positions from the previous visit (I'm time-sharing my room with these nocturnal creatures!). Actually, instead of paying any attention to the British News-Media, which is so hopeless, it's better to revisit for example The Great Deception, and the current page I'm on, p.358 New Edition (Referendum edition) concerning how so much legislation passed through so many thousands of various bodies not actually a part of the EU itself. This rings true today, but is updated in FLEXCIT as part of the framing against "globalization" progressing the "story" further from the original framing of how the EU manages to be designed to work through current institutions as per The Great Deception story
in the early 2000's.

What is new may likely be the least interesting thing, but it seems exciting and hence sells "news"...

Hence, it's with a little pleasure to investigate a German news ource and spurn the British News-Media instead as worthless on reporting of Philip Hammond, our present Chancellor:- 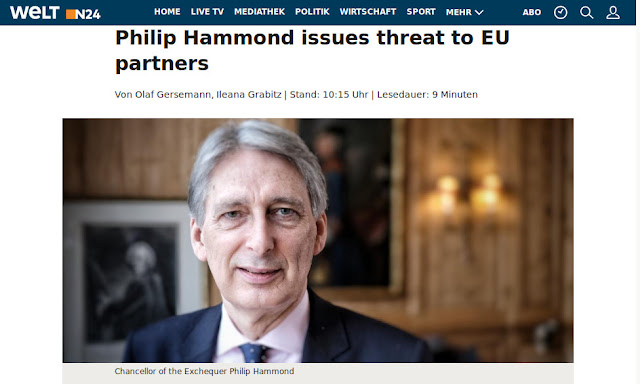 They, too need the "new" to be "exciting" with a craptastic title. As for the content of the interview, it's not much better, but just to enjoy avoiding the worthless British news-media and perhaps indicate even crap German news is better than our crap British news-media!

This line is taking a simple everyday concept people can all grasp such as travelling from country to country and productively in the case of jobs and work and then setting it in contention with what apparently British people opposed in their vote: Migration.

This little track is then set against the more abstract line:-

Both these tracks then crash headlong into "Immigration", according to the progress of questioning by the German interviewer. Of course this problem then explicates apparently the nature of the Political Problem that the UK and Germany now face with each other:


(4) A problem in their successful working relationship

What I find very stupid, is the emphasis on "threat" in the title, which echoes most of the recent very stupid New-Media titles, foremost amongst them the British News-Media , to check with google news briefly:-
Even from this arbitrary sample, the language has significantly changed (thank the lord) from conflating Europe =/= EU! or EU =/= Single Market (not to mention Customs Union vs Customs Cooperation or Internal Market (acquis communautaire) vs European Economic Area (acquis applicable to EEA Treaty). Thanks to Lost Leonardo for pointing this subtle yet essential shift out in the legacy news-media.

There's actually a recent wider framing of historic and ultimate causes brought up over at EUReferendum.com by one of the commentators ScepticSid: The ultimate causes of Brexit: history, culture, and geography. Who knows? Pan out even more and perhaps see further and more yet again?

And here the interview goes in an interesting direction:-

UK/US are brought up due to Brexit/Trump presumably but Hammond compares the relationship difference in terms of:-

With the caveat that the UK is in the EU Economic sphere but at the US end of the spectrum within that sphere. Here the pressures on relationships are again in the abstract: Forces, Uncertainty, Time impacting negatively on relationships. There's a final bone thrown to the "young": It's true this category (nebulous at best) raises images of renewal, the future, energy and growth. But the young are predominantly far from political genius' and this again is something the "news" in general creates aberrations of: "The cult of the young". In fact "Fake News" is a theme that I spotted by Sophie Ridge in a newspaper article on the 18th November, 2016:- 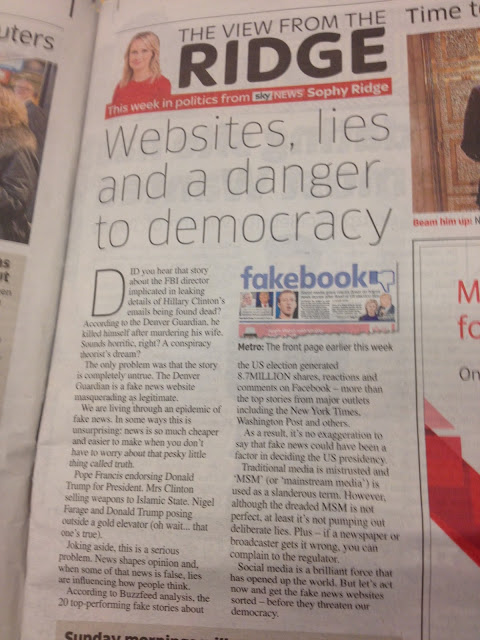 
"How revealing of the desperate muddle our Brexit debate has got into were all those headlines last week over the interview between Theresa May and Sophy Ridge of Sky News. Mrs May, they told us, wants us to “leave the single market”, triggering a further costly slump in the value of the pound. It is true that Ms Ridge repeatedly asked Mrs May whether we were going to leave the single market.

But what Mrs May actually replied, as several times before, was that she wants us to remain “within” the single market. If Ms Ridge had been more on the ball, she would have pounced on this to ask how, outside the EU, such a thing is possible.  She could have pointed out (as I have been consistently doing here) that there is only one conceivable way in which, on leaving the EU, we could still remain “within” the single market."


Brexit: an epidemic of complacency

"One of the oddest things I've been finding in my background research on the potential effects of a "walk away" from the Article 50 negotiations, leaving us relying solely on WTO rules, is how little information or discussion there is on the potential consequences. There is an endless procession of people saying we should "just leave" and take up the WTO option – the latest being Bill Clarke in the letters column of The Sunday Telegraph, who says there is no need to reach agreement with the 27 EU Member States. But, like the idiot Goodman in Conservative Home, it is perilously clear that Clarke and most of the others advocating a "walk away" can have no idea of what this entails. These people, it would seem, not only want us to jump off the edge of a cliff, they want us to do it blindfold and in the dark, mentored by people who are unable to tell us whether the ledge gives way to a six-inch or thousand-foot fall. And merely to ask is to be condemned for making things needlessly complicated."


Equally, there's many groups that are fake. Brexit is not about finding a "check-mate" solution as above, but about acquiring "Just enough territory" or area control as this particular game of Go requires for, to quote FLEXCIT:-

"Leaving the EU will have significant geopolitical and economic advantages. But we believe it is unrealistic to expect a clean break, immediately unravelling forty-three years of integration in a single step. Therefore, we have set out a process of phased separation and recovery.

In all, we identify six phases. The first deals with the legal process of
withdrawing from the EU, with the aim of concluding an agreement within the initial two year period allowed in the Article 50 negotiations. In this, we seek continued participation in the EU's Single Market."

"Despite its relatively simple rules, Go is very complex, even more so than chess, and possesses more possibilities than the total number of atoms in the visible universe. Compared to chess, Go has both a larger board with more scope for play and longer games, and, on average, many more alternatives to consider per move.

In the opening of the game, players usually play in the corners of the board first, as the presence of two edges makes it easier for them to surround territory and establish their stones. After the corners, focus moves to the sides, where there is still one edge to support a player's stones. Opening moves are generally on the third and fourth line from the edge, with occasional moves on the second and fifth lines. In general, stones on the third line offer stability and are good defensive moves, whereas stones on the fourth line influence more of the board and are good attacking moves. The opening is the most difficult part of the game for professional players and takes a disproportionate amount of the playing time. "

Posted by Red Cliffs Of Dawlish at 13:46