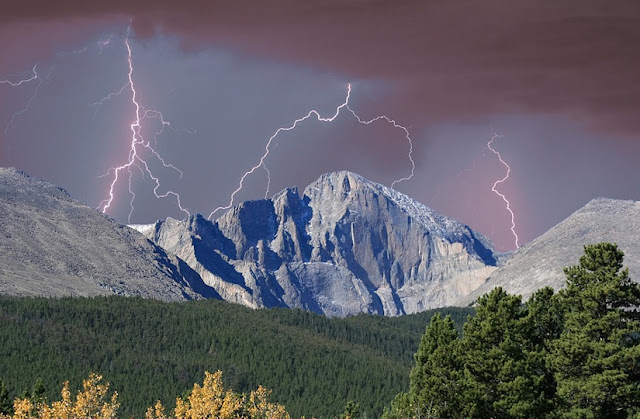 Correct Use Of Power: Maximal discharge to the lowest point possible across the widest space possible = The Environment


Traditionally the lowest level of group-building of the Nation is thought of through a human-centric perspective as first "SOVEREIGNTY" then the next level as "LOCALISM" within that politically defined group of people or for a democracy: It's "Demos". But I think it's time to open up a new argument and a level below these levels. Taking The Harrogate Agenda as a template and looking at the initial 2 levels:-

The peoples of England, Wales, Scotland and Northern Ireland comprise the ultimate authority of their nations and are the source of all political power. That fact shall be recognised by the Crown and the Governments of our nations, and our Parliaments and Assemblies;

The foundation of our democracy shall be the counties (or other local units as may be defined), which shall become constitutional bodies exercising under the control of their peoples all powers of legislation, taxation and administration not specifically granted by the people to the national government;


3. Separation of powers:
4. The people’s consent:
5. No taxation or spending without consent:
6. A constitutional convention:

I'd like to posit a lower layer below even these where work must be done or to borrow one of my favourite blog posts from EUReferendum.com : EU Referendum: back to basics :


"It is a given that, if you want to build a house, it must have foundations. But when you've completed the house and moved in, you don't have "foundation warming" parties, or preen over cocktails about the structural soundness of the concrete, its depth and the skill in its laying.

In fact, most householders rarely give a thought to what's underneath them – even though, if the foundations weren't there – or if they failed - they would very quickly know about the consequences, and the expense of the remedial measures."

A "Demand Zero" needs to be inserted, in my opinion:


Correct Governance dictates that nations must discharge power into the environment to a suitable proportion: It is the most effective way of discharging power both across the largest space and including for the future of politics for future people and the changing needs and demands of those and thus of the need for human organization systems to continually renew, and not only for the present and their immediate concerns but for the future demos as well. Symbolically this may be 50% for "Nature" the rest 50% for "People". Perhaps these proportions are idealistic, for now, but they present a firm foundation for future work on further political frameworks such as Sovereignty and then Localism and what these may end up becoming. Why? First power must be discharged in the most effective way possible. Secondly such a basis exists at a Global level for all nations and all populations and without people it's a scalable solution. What is successful in one nation can be replicated in yet another. Naturally the parameters of "the wealth of nations" according to this criteria are very different from the current "measures in place". Themselves more a measure of the imbalance in power between high and low and thus their true cost to people very much hidden for the time being.


On the surface this idea or "ENVIRONMENTALISM" may seem to be close to some ideas exhibited by the likes of "The Greens" or "The Extinction Rebellion" ie that environmental supporters naturally gravitate towards similar people forming similar groups as they share similar demands.

But where this idea links both Brexit and Global Agenda Setting comes from another EUReferendum.com blog post: Brexit: the exercise of power . Far from Brexit being a stupid, ball-wreaking exercise, it's cutting through the problem with people, with all these groups and laying the foundations first of all to future (50/100/200yrs etc...) unforeseen successful transformations of human society: Globally. 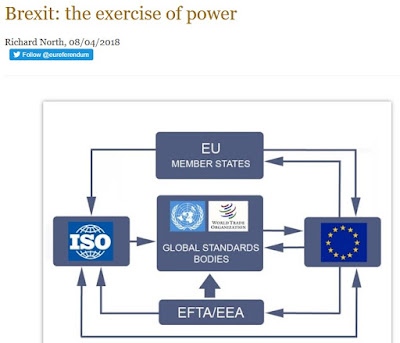 Far from a loss of identity, connecting to the global agenda more directly will unleash "new energy"

What I find to be a big failure with the EU is that it's own exercise in power is mired in the failures of groups of people what was recently quoted from Hume as "the incurable narrowness of the soul". Too much of the structure like so many human organizations, ends up internally regulating it's members behaviour as opposed to being a foundation for it's members to reach new heights. Cutting away from this and becoming a world leader in the Global Environmental Initiatives is a path to a more positive, clearer future for decision-making by not only the present people of the UK but also the future people of the UK when they are passed the torch with which to see the world around them as it is, instead of indebting them to our present failures added also to our dysfunctional behaviour routines as a group of people. As important, those who are in positions of power and how they exercise that power and what they are PERMITTED, by people, to perform with that POWER.

Paradoxically far from losing Sovereignty by discharging power in this way, I believe it's the first necessary step towards creating real sovereignty and thence real localism and thence real democracy - for the UK. Why? Then we might start assessing the real costs to our actions and being more rational about how we act and how we behave and what decisions we NEED to take.

It's a big, big exercise of work and will take a long, long time and will involve everyone.

Posted by Red Cliffs Of Dawlish at 04:23