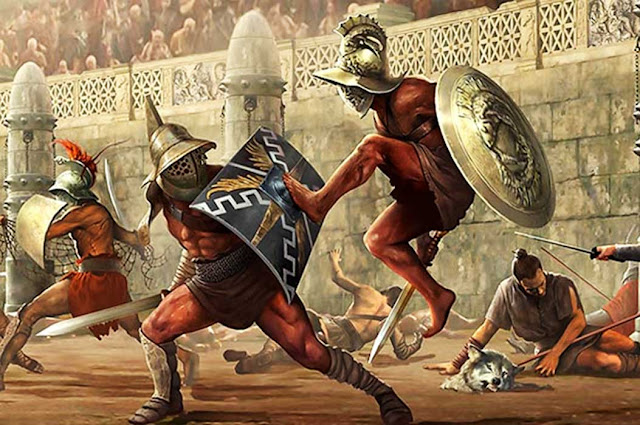 "The Gladiators: Priscus and Verus": Arguments Must Die Or We Will Pay The Price!


It should be obvious which arguments are weak, weaker and weakest. The survival and strength of the other arguments slaying these first and thinning their numbers depends upon it.

It should be obvious, but if you look at both Westminster and The News-Media a.k.a.:

It clear the reverse is true.

has exemplified this in 2 brilliant blogs recently and it is very very necessary corrective before SOLUTIONS REVEAL THEMSELVES more clearly:


The death of centrism is long overdue 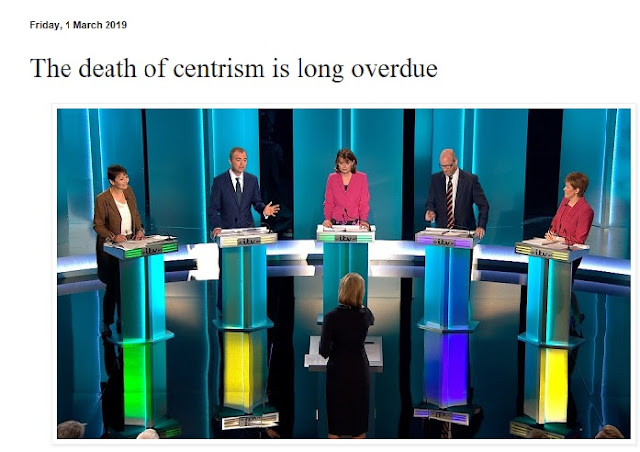 UK Politics has decayed into a mixture of STUPID "tv soap-opera + with game show": Personalities and emotion now compete instead of Arguments and reason.

"The first question you have to ask here is that is politicians are indulging in virtue signalling trivia, who is actually running the show? If this is the trivia that similarly occupies our media, then there's a lot of important conversations we are not having.""But this is also indicative of a politics in a state of intellectual decline. These are far from isolated incidents. A while back I happened to tune in to a long debate about what should and shouldn't be allowed in children's packed lunches. It tells us a lot about what politicians thinks they are there for. They seem to think that it's their job to ban things, tax things or subsidise them. It tells us that they feel entitled to boss us around."

The rush for censorship is the swansong of the establishment 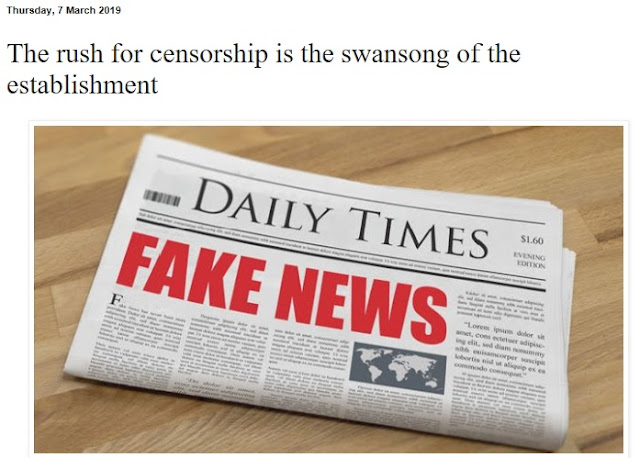 The legacy news-media distributes REAL FAKE NEWS and at the same time complains about the cheaper imitation called: "Fake News" that they helped create and sustain.


"But that is exactly what they will do. They will attack from all angles. There will be larger regulatory initiatives to "take back control" of the debate, compelling social media platforms to strangle the life out of debate. There will then be a raft of criminal measures they can liberally enforce whenever an MP feels insulted. This, as ever, is coupled with demands for "civility" in politics."

"Civility, though, is just code for uncritical. Any criticism at all will be deemed as crossing the line. Ordinary people can expect to have the plod hammering on their door at 6am on account of a tweet. A few exemplary cases will make the plebs think twice before mouthing off. This is also why we will see more abuse of the libel system by rich political figures."


Both of the above arguments:

Should have died the day the Referendum Result was achieved. What has Parliament, Government and the Journalists been doing all this time?

The Politico News-Media has failed the people and the people will pay the price for this failure with the deal to be achieved on a new relationship with the EU, post-Brexit.
Posted by Red Cliffs Of Dawlish at 10:19