Babel-17: "Whither should these creatures go, unless it were to the moon?" 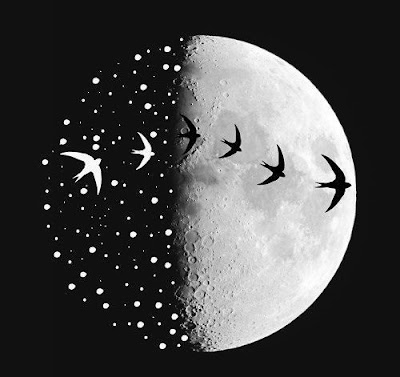 "Whither should these creatures go, unless it were to the moon?"

As per Dr. RAE North's blog of today, Brexit: hope dies last, sometimes the "Noise" level is so high, that there is almost ZERO "signal" or meaning or sense to be found. In fact, it's world-wearying,  to focus on the consequences of how politics operates as a large system in the UK, thus in such a situation the best resort is to enjoy some laughter and look to other more worthwhile things.

More interesting, the time is drawing nearer when Swallows arrive back to the UK, once more and for me very joyously. A few years ago I recorded my first swallow on the 9th April and then a year later 14th April. I believe last year they arrived later due to the colder weather. I look forward to seeing them this year and even have a pre-formed nest ready to aid and encourage them in their nesting activities. However, it reminded me of this story of yore concerning birds and Swallows, and hence relevance to Brexit as believed by so many people 'chanting away':

Fantastically Wrong: The Scientist Who Thought That Birds Migrate to the Moon

"English minister and scientist Charles Morton, who in the 17th century wrote a surprisingly well-reasoned, though obviously totally inaccurate, treatise claiming birds migrate to the moon and back every year

Aristotle, who reckoned that some birds hibernate while others simply transform into different species when winter comes around. Redstarts, for instance, morph into robins in winter—a fantastical claim that’s easier to understand when you consider that redstarts indeed migrate to Africa as robins make their way to Greece.

Later, the great Roman naturalist Pliny the Elder wrote of the pygmies, a race of tiny humans in Africa that do eternal battle with cranes (the birds, not the construction equipment). He notes “that in springtime their entire band, mounted on the backs of rams and she-goats and armed with arrows, goes in a body down to the sea and eats the cranes’ eggs and chickens, and that this outing occupies three months.” It’s an echo of Homer’s mention of cranes in the Iliad, birds that do indeed migrate from Europe to Africa

Medieval bestiaries, sorts of zoological encyclopedias that every once in a while contained actual facts, often featured the barnacle goose, which supposedly grows on trees over water. It was a convenient explanation for geese simply turning up, seemingly out of nowhere, after their migration. Also convenient: Catholics aren’t supposed to eat meat other than fish on Fridays, but because the barnacle goose isn’t born from an egg, wrote Gerald of Wales in 1187, “in some parts of Ireland, bishops and men of religion make no scruple of eating these birds on fasting days, as not being flesh, because they are not born of flesh.” (The same logic has variously been applied to beavers, whose tails apparently taste like fish, as well as the giant rodent capybara of South America, which spends so much time in marshes that some argued to the church that it should be classified as a fish.)

In the 16th century, the great cartographer and writer Olaus Magnus championed the theory that swallows disappear in the winter not because they travel to tropical climes to pick up coconuts, but because they bury themselves in the clay at the bottom of rivers. They come together in the fall in huge swarms, then sink down into the mud en masse, only to reemerge in the spring."

Fantastically Wrong! But why should 99% of EVERYONE speaking about Brexit be less wrong given the relative comparison between State of knowledge VS reliance on current PEOPLE of knowledge and the theories they write about today?

Why is the tendency seemingly 9/10 that people focus on the PERSON, not the ARGUMENT? 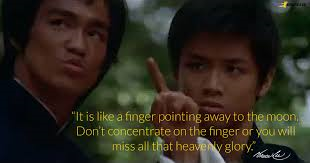 Only the other day I was enjoying "improving the conditions for some tadpoles in puddles of water". Watching them turn from tiny black dots, into thin black lines then rotund bodies with larger tails and with enough supplementary water added regularly enough, hopefully "make the TRANSFORMATION" into small amphibious adult frogs and a better chance for next years' frog-spawning (they need more small pools of permanent water to effect this improvement as the adult habitat is more than adequate for a larger population if this bottle-neck at the spawning and developing stage can be corrected). How much more rewarding than having to deal with the hurricane of nonsense uttered by so many people now about Brexit?

As said in a previous blog, the idea is that people can use words, put them together to form apparently logical representations of their stances, but be either "Fantastically Wrong!" or worse as per Babel-17:

"During an interstellar war one side develops a language, Babel-17, that can be used as a weapon. Learning it turns one into an unwilling traitor as it alters perception and thought."

Most people don't even realize they're tools for strains of thought that merely reinforce The Establishment's "Version of Events": The so-called people of knowledge who are all Propagandists fighting THEIR "wars". Worse people will argue without pause in defence of 'their' version of events, "as unwilling traitors" or "unaware traitors" to be more accurate with all the bottled-up passion and bad faith in discussion that that entails: Thus producing the self-fulfilling prophesy "Swallows Flying To The Moon Every Winter."

But back in the real world, there's so much happiness to be found in welcoming our Swallows back once again from Africa.
Posted by Red Cliffs Of Dawlish at 05:12