The Great Mistake: "We Can Remember It For You Wholesale!" 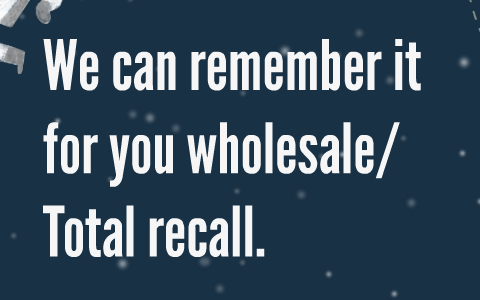 The defence of politicians by it's own members of the Establishment and thence the profusion of confusion that they have created can be summarized by the shift of focus required and the tone of both pessimism and whinging pom'ing of:

The Great Mistake with both of these positions and the focus on them, is this, in effect: A shift to "Superior People talking FOR other people." In effect REPLACING their inclusion, REPLACING working through their views, ensuring all these views are viewed as NEGATIVE. Of course the received wisdom is to "take all the above and reach compromise"...

"Worst of all, despite the EU Member States, individually and collectively demanding that we tell them what we want from Brexit, we are unable to deliver a collective or consensus view. Now, more than ever, it thus appears that the failure to come up with a positive agenda is acting to our disadvantage, something to which I drew attention back in 2011.""Then I referred to a parliamentary debate on 15 October 1940 when, as the wreckage of London lay around them, MPs gathered to find out whether the government was prepared to make a definitive statement on war aims. But Churchill refused, point blank. He was guardian of the status quo, suppressing any debate on the issue. ""Churchill's Information Minister Duff Cooper, very much supported the idea, and had been speaking secretly for it in Cabinet. On this day, he expressed his support as far as he could, but had been brought up sharply by Richard Stokes. He was the Labour MP for Ipswich, a Military Cross winner (and bar) in the First World War, a stern critic of British tank design and soon to become an arch critic of the area bombing policy. ""Cooper, said Stokes, had enunciated what we were fighting against, but not what we were fighting for. "[It] is no use fighting for a negative object. You must have a positive one, and the sooner that [is] stated the better".""And that's exactly what we were lacking during the referendum campaign and what we lack now. It is all very well wanting to get out of the EU – the "negative object". But what are we to do with our new-found freedom? Where is our "positive object"? Until we have one, we are going nowhere. We have emerged from our own private war without one, and we are on our way to losing the "peace".""The idea of needing a "positive object", I called the Stokes precept. And for want of that, we are frozen in time, unable to decide where we want to go and unable to communicate our needs. At the time, in 2011, I wrote that we will continue to lose our battle until we are able to deal with the issues put by Richard Stokes, back on that awful day of 15 October 1940. ""We are still losing."

Instead of the above "We Can Remember It For You Wholesale!" escaping into defeatism, how about actually engaging with reality instead:

3. The argument says we SHOULD do this.

This is a positive object: FLEXCIT: Continuous & Flexible Exit Plan

The negative arguments dominate so many comments and contributions made by people who allowed superior people to talk FOR them instead of people being positive for themselves and forming their own arguments to contribute positively.


After Years Of Brexit make-believe, reality is finally closing in on our politicians 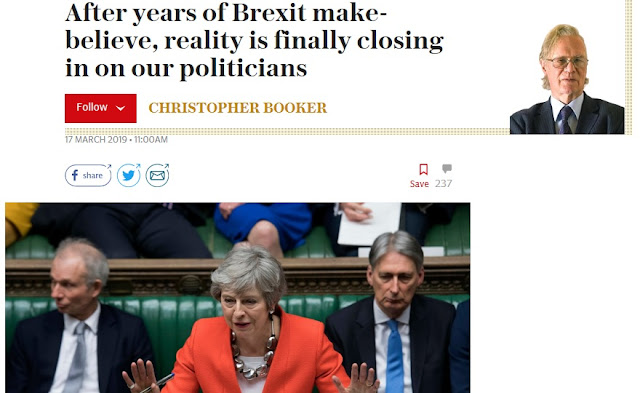 Summarized from behind the pay-wall here by Dr. RAE North:

"With the millions of words so far written, it is probably fair to say that no-one has approached the task of managing the Brexit process with the same degree of coherence that found its way into the Flexcit plan, or evolved their thinking to such effect as has emerged on this blog, with the help of its readers. The proof, as they say, is in the eating. At no time have we ever been lost for ideas of where to take Brexit, or ever been uncertain as to what needed to be done. While the Johnny-come-latelies pad out the ether and newspaper columns with ever-more unworkable schemes, there resides in those who contributed to the Flexcit plan a body of knowledge which the political (and media) classes have never been able to match. As it stands, using the EEA template remains the best bet, although it is unlikely that we can rely on Efta embracing our membership. That creates complex but not insurmountable problems on how to replicate the institutional structures necessary to administer the agreement. And then there will still be dozens of supplementary agreements that will have to be negotiated, not least on customs cooperation and VAT. By comparison with the clarity we are able to offer, such has been the inadequacy of the official UK negotiating team that we are left with the wholly unsatisfactory Withdrawal Agreement as the best (and only) option in town, and nothing on the table to follow."

The Greatest Mistake the British Public ever made was conceding SO MUCH POWER to a detached political class, who neither can speak for people or act for people: For a flourishing democracy and thus prosperous number of nations: That is up to everyone.
Posted by Red Cliffs Of Dawlish at 11:08