I've Been Expecting You... 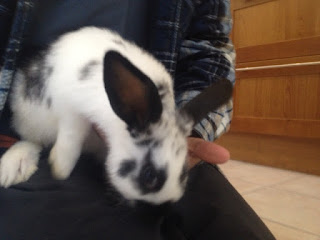 A simple admission: I've never had any interest in politics for almost all my life. I know I would be much, much happier and content sitting on a couch, stroking "Domino" the black and white rescue rabbit, perched on my lap; watching a good film or reading a well-written book. Some friends asked me with that puzzled look on their faces: "Why the sudden interest in politics?" And they were quick to point out last Christmas and New Year that "further discussion of politics is now banned."

One reason is perhaps because we can't help but simplify how we think about politics: We need our villains vs our heroes stories. This is where the News-Media generates a great deal of it's trade in my opinion:

None of these would be surprising in the latest Hollywood Blockbuster Movie release. There would be an exciting premise, A-list actors, condensed scenes pumped full of instant significance and "poetic license" with reality to spin a good and gripping tale. Usually the audience would be gratified to see the "White-Cat Stroking Blofeld" meet rightful justice while "the good guys" once again save the world. Unfortunately in politics this is really poor both in entertainment and in political pedagogy. The News-Media seem to do neither well.

History however tends to point to different versions of stories and at much greater scale, too. Yet even in the writing of these stories the same tendency for the above tropes to replace the actual emphasis of the real events applies. For example only today in The Daily Telegraph, It’s not just the Few we must honour but the Many 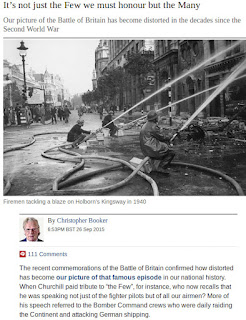 Concerning the EU, such a complex and large subject this simplifying narrative-shaping tendency is a very poor fit. But I would argue it has resulted in as above, a preference when things get serious to close down debate, to switch to another subject with less concerning repercussions or indeed for discussion to become bogged down in arcane and boring details. For this reason the arguments of EU Membership have remained very static for most of the 40+ years of our membership.

Identifying the accurate historic record is an example of "beginning at the beginning" or as per scientific process, asking "What?" questions: "What is the EU?" In my opinion a very strong history of the EU is free to read online and once again with Christopher Booker's contribution: The Great Deception. In fact it's one of those rare books where the "title earns it's book" as opposed to over-exaggeration of most titles to appear eye-catching: This title sounds sensational, and yet the title is much less sensational than the actual full record researched by the authors.

The Legacy Media will continue to flood the news channels with their stories on the Uncertainty of the EU Referendum to Britain/UK for the next few years but from knowing such a history, then where we are with an EU Referendum on our current membership, it is far from surprising. Many people will exclaim all sorts and forms of fear, uncertainty and doubt (FUD) and confusion will prevail. But if you choose to know the history of the EU, then like Blofeld, stroking his white cat, in the face of the media maelstrom; you too can say:-

Posted by Red Cliffs Of Dawlish at 09:50