How about a nice game of chess? 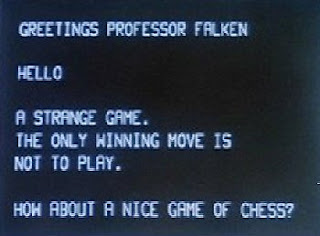 [SPOILER!] At the end of the movie "Wargames", the principle actors attempt to teach a computer about the concept of "futility" or "no-win" contests to feed this into the simulations the computer runs on a Nuclear War and learn the result of "Mutually Assured Destruction" is "not to play" when a win or loss condition are effectively the same result. What this demonstrates is that how we argue or frame our arguments or rules itself shapes the sort of answers we therefore derive and hence interpret.

Before discussing the full relevance of the above, a reminder that when the UK joined the European Economic Community (EEC) via European Communities Act 1972 and then held a Post-Legislative Referendum in 1975 on membership with the wording of the Referendum Question: 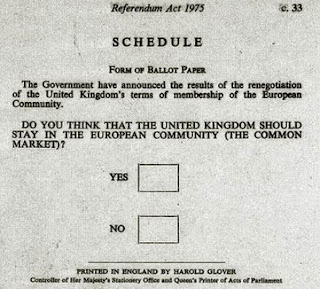 "Do you think that the United Kingdom should stay in the European Community (The Common Market)?"

We come back to our concept of Can We Have Our Cake And Eat It Too? Using the historic evidence that hindsight of recording and reporting allows: We now know that the cake was much less a "Common Market" cake than a "Supranational Cake" with "Ever More Layers" or as per the Treaty of Rome:-
The wording of the above question therefore can be simply seen as very misleading in leading people to ask and answer a very different question and hence believe in a very different concept of "What is the EU?" This can be further demonstrated as pointed out via reviewing the reporting recorded at the time. Peter Hitchens provides a scan of the Campaign Documents in the 1975 Referendum here: The 1975 Common Market Referendum Campaign Documents 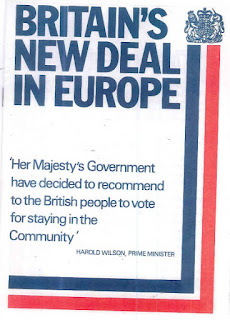 Again the same forces in the News-Media of the time framed the debate using the inevitable "Heroes vs Villains" narrative tropes: 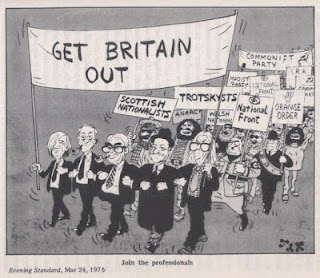 Again this "vilification characterization of arguments process" was described previously: I've been expecting you...

What can we learn from these examples? I would suggest:-

And indeed this is highly relevant to how we approach Democracy. We must think about  how to argue before we then learn how to use the tools to argue before we then choose which arguments to make and with whom. The current form specifically concerns Referendums. It is probably a fair argument to make that the 1975 Referendum could be termed a "Top-Down" Referendum as opposed to a "Bottom-Up" Referendum from the people themselves. This categorization of the characteristics of a given referendum is well made: A Tale of Two Referendums: Elite Manipulation or Civic Engagement?

A useful summary beyond the technical details of regulation and running back towards the principles: EU politics: Germany in stasis :-


"The new movement, "Direct Democracy for Europe", Patzelt speaks about favourably. It certainly has "a chance", he says, a man who is demonstrably no great fan of representative democracy.


Coming back to the idea of "learning how to argue" as per the movie reference above in "Wargames", then we can reshape how we think about the upcoming 2017 EU Referendum question:-

If we think of the question like the supercomputer in "Wargames" (WOPR) (War Operation Plan Response) only in terms of victory or defeat, Win or Lose, In or Out, Yes or No, Leave or Remain... then we are limiting ourselves to very narrow outcomes and hence a more limited future than is possible (in the film's case: Mutually Assured Destruction!).

What we have to do is "learn how to argue" in such a way that we ask more useful questions:


"How about a nice game of chess?"

Posted by Red Cliffs Of Dawlish at 05:59