The Greatest Political Problem of Our Time 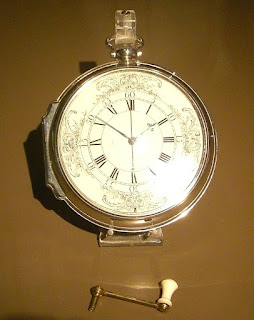 The author Dava Sobel, in her famous book "Longitude", recounts the story of John Harrison, who created the first reliable chronometer with which to accurately gauge longitude at sea and hence solve the serious problems that failure to navigate and chart the positions of ships at sea invariably led to at the time, which was so serious it was a question of National Interest to the very future success of Great Britain, leading to:-

British government established the Board of Longitude in 1714:-

"The Discovery of the Longitude is of such Consequence to Great Britain for the safety of the Navy and Merchant Ships as well as for the improvement of Trade that for want thereof many Ships have been retarded in their voyages, and many lost..."


This historic problem parallels todays Proposed Rerendum on membership of the European Union, in my opinion. A simple question to start with: What happens if we do not understand first of all what the EU actually is? If we do not define it we cannot then understand either our position within it or indeed our future direction with it or without it either. To Remain or to Leave, effectively we are in both cases "all at sea" :-

This is an extension of the nautical phrase 'at sea'. It dates from the days of sail when accurate navigational aids weren't available. Any ship that was out of sight of land was in an uncertain position and in danger of becoming lost.

Until we solve the problem of how to get our bearings and then use these tools to chart our future path we persist with Political Uncertainty irrespective of the changing winds of fortune and chance: "Fair Winds and Following Seas."

Hence if we do not "begin at the beginning" then it's useful to show the results of this and how ubiquitous they are and how easy it is to demonstrate how lost most of the arguments and debate on the EU currently are.

A modest sample from various online commentary systems illustrates this. Here is a comments section on the website reddit in the subreddit "europe" on a Daily Telegraph article questioning the "democracy" of the EU (though interestingly not the UK). The results are the disintegration of discussion as if a classroom of school-children are all allowed to talk at once in answer to the debate question on the board after the teacher says: "Go!" 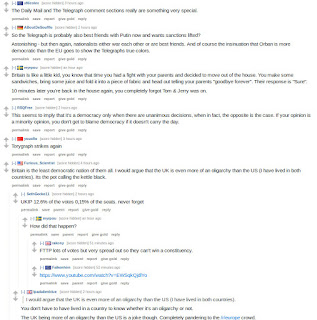 To transform the above word form into a picture form:- 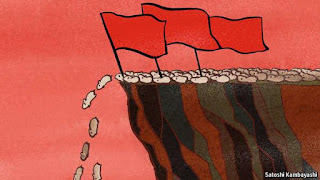 To illustrate another example: A small group have arrived at London Charing Cross Station are are planning on walking to the London Palladium theatre. They bump into you randomly outside the Station, on The Strand and ask you for directions. You pause, rack your brains and then give it your best shot from memory:-

1. Go Left until you come to Trafalgar Square.
2. Turn up the road to Haymarket, past the Portrait Gallery and the building with the Texas Flag on it.
3. Turn up the next street (I forget it's name) then turn right left at the top.
4. You should be looking towards Piccadilly Circus.
5. From here walk up Regent's Street.
6. Curve all the way up past Hamley's on your right and you are looking for Great Marlborough Street. Turn right here.
7. On your left 1st or 2nd turning you should see the road leading up to The London Palladium Theatre.
8. Keep asking for directions at any stage if you get lost and try to remember all of this too! 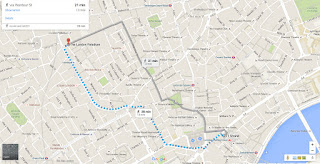 The directions with the fixed context creates a complete map which is far easier to use and far more reliable and requires less need for the group of theatre goers to ask more people for more directions much of which will be incorrect, contradictory, stressful possibly and generally fill the whole experience of walking to the destination with an atmosphere of Uncertainty.

Before we ask such questions as the Referendum Question as per the Electoral Commission:-


perhaps we might do a lot better asking a prior question:-

"What is the European Union?"

And if we ask this question it also follows that we should ask another question:-

"Who is working on answering that question and do we have a political equivalent of a "chronometer" or "map" as tools from which we can personally use to help us navigate towards answering the question?"


Back in John Harrison's day the British government opened up the problem of solving Longitude to the general public with a prize to motivate their participation. Once again the British government has been unable to solve a problem of the greatest national interest for the future success of Great Britain. There are people working on developing these tools; however as voters the only question we have to ask ourselves honestly is:-

"Am I going to find and make good use of them?"

And contribute to solving "the greatest political problem of our time".

Posted by Red Cliffs Of Dawlish at 06:20