Arguments: In The Deadly Grip of Confabulation 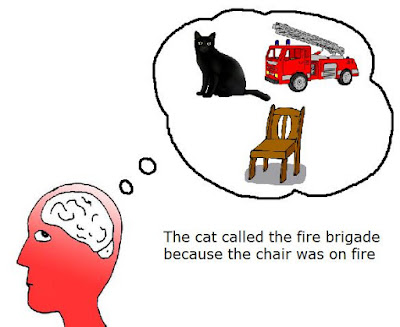 Quoting and referencing the above wonderful illustration:

"Confabulation  is a memory disturbance that is the production of fabricated, distorted or misinterpreted memories about oneself or the world, without the conscious intention to deceive. Confabulation is distinguished from lying as there is no intent at deception and we are unaware the information is false. Although we can present blatantly false information, confabulation can also seem to be coherent, internally consistent, and relatively normal."

Yesterday's blog felt very needed to me: EU Sketches: The Importance of Being Ernest. Some humour to provide optimism and relief. Now I've recovered a little bit, to tackle the source of disconsolation with the lack of veracity in the words people use in their arguments either to Remain or to Leave the EU in the upcoming Referendum.

EU Referendum: in the deadly grip of "Europe" 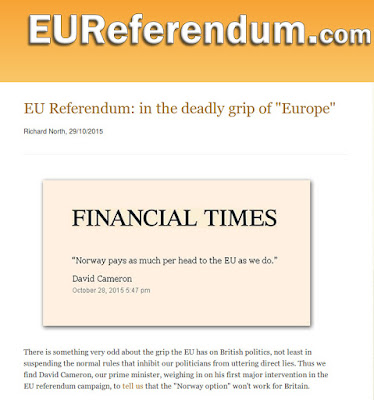 I was watching Prime Minister's Question Time earlier and was very impressed with how David Cameron made everyone else involved in the EU Debate and indeed in Westminster look very unimpressive!! Coincidentally the BBC Political Mouth Laura Kuenssberg, finally seemed to have caught up with the fact David Cameron will be the leader of the "In" (she means Remain) Side . 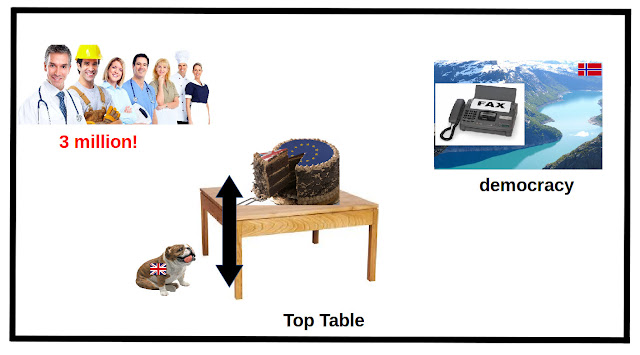 Confabulation in Politics: "If we leave the EU we'll lose our seat at the top table and 3 million jobs will go whereas Norway as a fax-democracy has to pay and but has no say."


As I said, above, there's a lot of disconsolation because the above confabulation seems to me to constitute at least 90% of all the arguments. What has happened is that the constant repetition and high emotional pitching of the above Memes (surrogate concepts of the actual argument details) have created a closed and limited list of ideas with which people swap and choose and mix and match to be able to comprehend the EU Brexit debate/question and hence talk and express themselves with.

The result? Confabulation, unwitting and on scale of millions of people. The problem is, "A Fish Rots From The Head Down":- 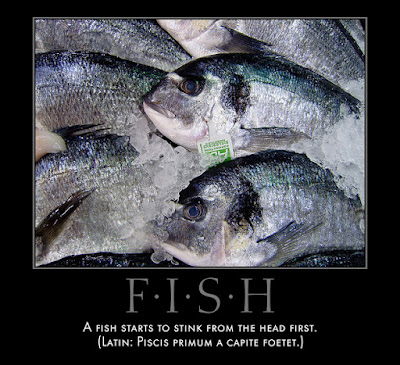 This is something that should be very observable now. Looking at David Cameron's attack of The Norway Option again from Dr. RAE North back in the Autumn: EU Referendum: Flexcit comes home to roost. And this ironically is pointed out by the Britain Stronger in EUrope (BSE) campaign again recorded: EU Referendum: the lies sharpen. The problem for the Leave Campaign is that they do not have David Cameron and his prestige (Media, Money, MP's) to back them when they start confabulated in the vein hope of winning over voters in this battle of lies. 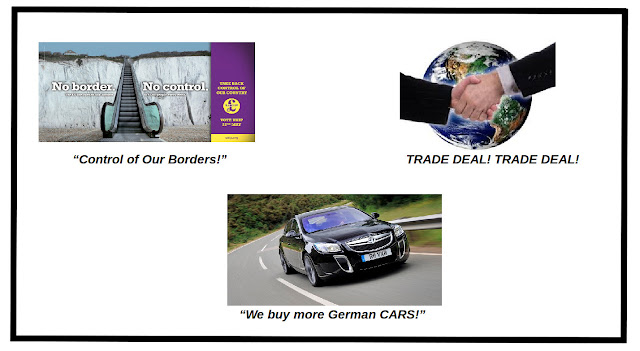 Heads of the Leave Campaign (Leave.EU ; Vote Leave): Their own confabulations they perpetrate and encourage onto their followers

The problem with the above is that none of the above "objects" with which people argue about this EU Referendum debate actually means anything. You could argue the more people participate (wittingly or otherwise) in this behaviour the more it feeds The Great Deception; the original confabulation of Europe's own story in the minds of European people.

I'm on the side of the argument which holds the stronger arguments. So it's not for me to argue with David Cameron's side of the argument. It's to encourage anyone voting Leave to consider the above. Two bloggers in particular have already noted the detrimental effect of this behaviour on the Leave Campaign:-

Mr. Brexit at Vote To Leave The EU and The Boiling Frog have both identified Vote Leave's extremely high "Confabulation Positive" tests results. It's bordering on intentional mendacity. I already highlighted this in Referendum: "Plenty of Time To Finish This Game." so no need nor desire to rehearse that evidential message they're chugging out and adding to the confusion layers.

Pete North has identified Leave.EU's failings in this way too, though it appears with this campaign group it's mere incompetence rather than mendacity. 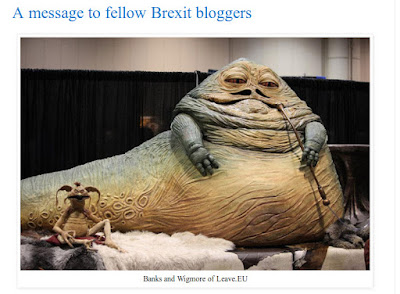 A pathetic show from the Leave campaigns 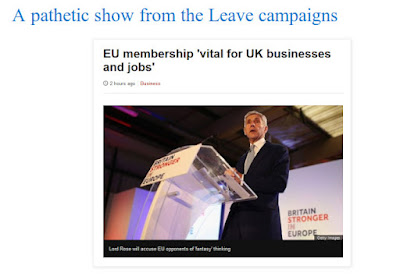 You win Ukip. Have it your way: full EU membership 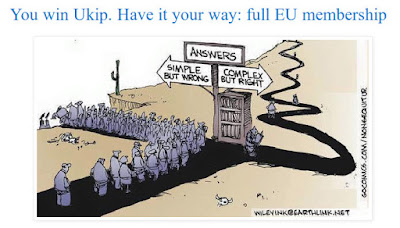 I think the last blog and in particular the image above, nails the problem with Leave.EU's strategy. It's no wonder people start to hate politics. Here's a referendum for the first time in over 40yrs. Maybe it's time to "do something different"? In the case of Vote Leave, it looks like their malaise of "political confabulation" has no cure: It is "deceptive politics as normal" in their world. I hope however that Leave.EU can be cured of their strand of confabulation aka "bullshit production". You can't argue with it on both sides: They'll just switch from one "object" not listen to the arguments in detail that disprove it and move right back to one of the other ones and start the story all over again.

There's a new report out my Migration Watch. Leave.EU leapt all over it and it stinks to high-heaven of confabulation!!

"The UK would, nevertheless, need to negotiate its own arrangements^1 in the aftermath of a decision to leave the EU.

If such arrangements had been in place in recent years"

"If EU migrants were, in future, to be subject to the still tighter
regime that is now applied to non-EU migrants, the effect would be even
greater.

All the statistics hinge off this. On first impression of headlines, wonderful news for the Leave Campaign: Wrong: Deflection away from the main argument which hinges on removing complexity and confusion and transforming the Referendum into a purely political question as per Real (direct) Democracy: Hiding in Plain Sight.


And Mr. Cameron tells a far more impressive confabulist than anyone else, as he should be, as Prime Minister of the United Kingdom.

Posted by Red Cliffs Of Dawlish at 07:50