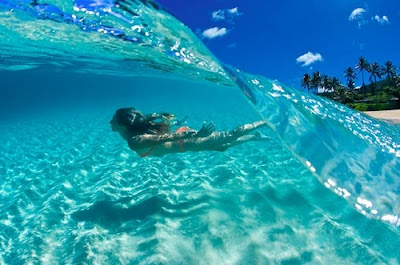 It seems to me Brexit should be as clear and enjoyable as this!


There's a been a lot of water/flooding in the UK over the Christmas and New Year holiday period; which has been commented on expertly over at EUReferendum.com in Dr. RAE North's EU Referendum: a directive too far. Some of my blogging "New Year resolutions" will be:-
That's going to be a huge amount of work on top of normal life, but I aspire to such visions of Brexit being as clear and enjoyable as swiming in crystal clear tropical waters for voters as opposed to the "muddy, polluted and abused rivers of politicians".

However this blog will have to cover old, completely sodden, ground and start with another blog I found interesting from The Brexit Door: Economic Consideration who points out an article in The Guardian from a certain Ulrich Speck who effectively performs the propaganda exercise given a platform in The Guardian of one Squealer in Animal Farm:-


The early apples were now ripening, and the grass of the orchard was littered with windfalls. The animals had assumed as a matter of course that these would be shared out equally; one day, however, the order went forth that all the windfalls were to be collected and brought to the harness-room for the use of the pigs. At this some of the other animals murmured, but it was no use. All the pigs were in full agreement on this point, even Snowball and Napoleon. Squealer was sent to make the necessary explanations to the others.

"Comrades!" he cried. "You do not imagine, I hope, that we pigs are doing this in a spirit of selfishness and privilege? Many of us actually dislike milk and apples. I dislike them myself. Our sole object in taking these things is to preserve our health. Milk and apples (this has been proved by Science, comrades) contain substances absolutely necessary to the well-being of a pig. We pigs are brainworkers. The whole management and organisation of this farm depend on us. Day and night we are watching over your welfare. It is for YOUR sake that we drink that milk and eat those apples. Do you know what would happen if we pigs failed in our duty? Jones would come back! Yes, Jones would come back! Surely, comrades," cried Squealer almost pleadingly, skipping from side to side and whisking his tail, "surely there is no one among you who wants to see Jones come back?"

Now if there was one thing that the animals were completely certain of, it was that they did not want Jones back. When it was put to them in this light, they had no more to say. The importance of keeping the pigs in good health was all too obvious. So it was agreed without further argument that the milk and the windfall apples (and also the main crop of apples when they ripened) should be reserved for the pigs alone.

One of the central points I've attempted to promulgate in this blog is my own viewpoint that Brexit is a democratic movement: Movement is a dynamic force that requires activation energy thresholds over a certain accumulation by many contributing people to construct higher quality arguments that gain traction, than is permissible/actionable via our present deleterious "Political Food Web Of Prestige".

The product of this is the type of propaganda George Orwell so marvellously and skillfully exposing in the use of the Animal Allegory of Animal Farm (above). To replace this product, we have to employ Critical Thinking in the arguments to reject these results given free berth in The Legacy News-Media as per The Guardian so willingly accedes to publishing.


The real point, therefore, about the EU is that it is unnecessary. It simply adds another layer of government and adds to the confusion and lack of accountability in areas where clarity and certainty are required.

That, more than anything, is why we are best off leaving the EU.

One of the very notable observations about the cluster of bloggers represented and supported here, is that due to the monopoly of channels of mass communication, often the blogs are critical and sceptic pieces about what is published in the public domain or purported to be positive politics when it is not such as so well evidenced in the growing collection of fascinating blogs from Restore Britain's Fish which will with increasing number of them be a subject for a future blog:- 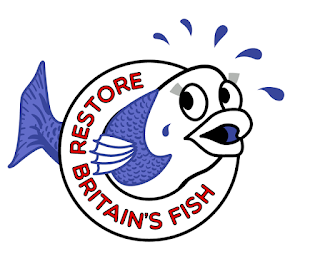 In general: Original deception, then execution post-hoc of real intention, then stalling and promising then delaying then ignoring and dropping of the argument and actively sabotaging it's engagment in politics and public as recorded so far by John Ashworth.

And this comes back to The Brexit Door's blog post above:-


"He does however, make one useful point, and it is in his first line: that the debate has been dominated by considerations of an economic variety."

"This has been the fault of the two largest and best publicised (and earliest launched) Leave campaigns – Leave.EU and Vote Leave Ltd." [...]

"That’s why we look separately at the political and economic elements of the EU and the Single Market – and accept that for a time remaining in the single market via the EEA agreement is the best path forward."

It's been said enough times, the ground is sodden with the reasoning. But often the "opposing argument" acts as a greater instrument of persuasion than the supporting argument to the target audience and hence an example of this needs to be used:- 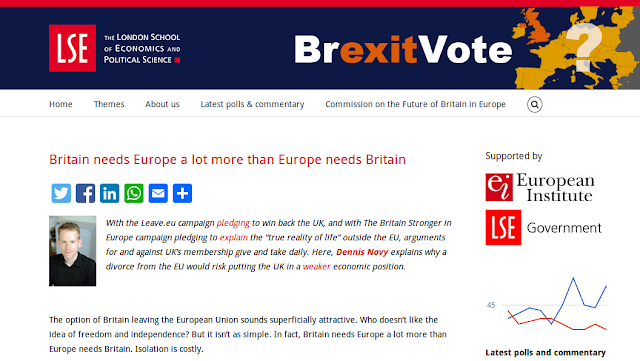 The first thing to be aware of is that these arguments keeps on appearing like the Hydra with many heads: Lopping one off for yet more to rise in it's place by either the same or some new figurehead; in this case Dennis Novy (above). This is demonstrable because the "Floor" for debate is controlled/is not impartially adjudicated for example:-

Then our resort is to appeal to fairness if our truth is rejected. And here is where the Leave Campaigns or other "eurosceptic" supporters fail to keep the waters of argument clear: We must not lie ourselves or be led astray in making false claims for tempting political gains. If the process rejects us because it's simply corrupt then we revert our arguments to that effect:-


Brexit becomes as much about removing the false and falty process of our own democracy as it does about resolving practical policy politics.

This is why I notice time and time again the appeals to "Unity" amongst eurosceptics or we should call them Pro-Brexit Supporters aka "Brexiteers" is a false cry for "solidarity". It's inept thinking, from lack of understanding of our own predicament in a corrupt system and how to appropriately respond.

By sticking to the "high ground" no matter that it's a "hard sell" initially when the argument moves to the lack of democracy if we stick to intellectual honesty and build unity around that principle as opposed to individuals own credos or nostrums of "Should be united to win", then the Leave Campaigns can only grow in political power over time as people sense an unease and dare I say it an "evil feeling" with our own elected deceptive leaders in SW1/Westminster.

Pete North has had to contend with this (lack of) understanding in Brexiteers in both his former blog How To Be A Complete Bastard and his present one of which a few examples:-
There's a couple of example "in action" why this is very necessary to realize:-


And this is the real hope: There really is a positive vision (again look to Leave HQ) on globalization our place within the wide world.
That change can only occur by observing the stronger arguments in action through the above process. If there is to be a Leave Campaign that is fit for purpose to which it accuses via scepticism and critical thinking that the Remain Campaign clearly is not, then it must abide by those conditions, by those precepts: Not merely talk about them but genuinely act by them.