Westminster: In The Big Brother Household 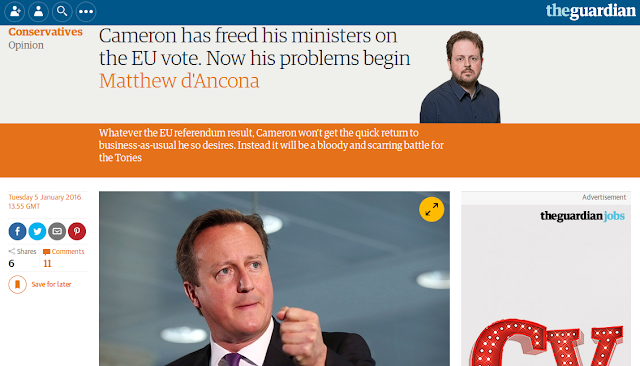 The great silver-back of democracy, David Cameron has spoken!

In The Guardian and elsewhere, the latest "EU News" front and top of google news" is this junk food story, Cameron has freed his ministers on the EU vote. Now his problems begin.

Effectively this is the story of the politicians in the Tory party and by the good grace of the Prime Minister David Cameron, our resident prophet of democracy, allows the minister to vote freely. 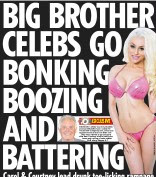 We're back to Chimpanzee Politics with this story and it seems very little different from Big Brother Reality TV for Politics in my opinion. Fortunately for the journalists the narrative of The Tories at War over Europe can be arisen again:-


The ‘Dispossessed’, the‘Never-Possessed’ and the‘Bastards’ Debunking Major’s Myths of the Eurosceptics ~ Luke Stanley 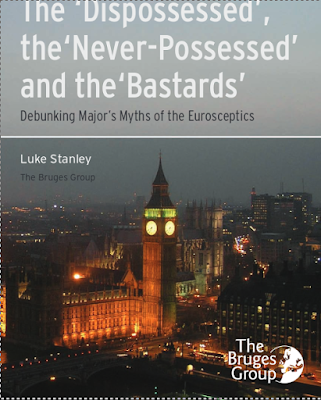 "In his memoirs John Major argues that his premiership was damaged by the arrival of a new class of careerist politicians between 1979 and 1992, gradually replacing the ‘aldermanic guard’ of MPs without ministerial ambitions. In his infamous off-the-record conversation with reporter Michael Brunson,

Major labelled three distinct categories of discontented careerists in his party; ‘the dispossessed’, ‘the never-possessed’ and ‘the bastards’. He believed the ‘dispossessed’ were angeredat their fall from office, ‘the never-possessed’ at having never been appointed to office with ‘the bastards’ inside the government coveting his premiership. Major assumed these discontented careerist politicians had concluded that the best way of attacking him was to use the issue of Europe, hoping to precipitate his fall and usher in a government which recognised their talents. To Major, the worst of these careerists were the new 1992 intake of MPs, who were particularly outspoken in their Eurosceptic views in order to establish their Eurosceptic credentials.

Together, this thoroughly biased narrative was the official line espoused by Major and his government allies throughout his premiership, up until the present day. As recently as October 2013 Major has described his bastards comment as ‘absolutely unforgiveable’ with his only excuse being that ‘it was true’.

Despite the obvious bias of this hypothesis, with Major and his allies trying to deflect the blame in the aftermath of the Conservative’s worst electoral defeat since 1906, this interpretation of the Eurosceptics’ motives has found some tractionwith historians. Seldon argues that Europe was used as a way of ‘bashing down the leader they held in contempt’, whilst Hugo Young states that the rebel’s ‘real passion was for deconstructing John Major’. Bale agrees that in the 1992 intake,MPs such as Iain Duncan Smith and Bernard Jenkin, being ‘skilful troublemakers

Should Cameron secure re-election at the head of a minority or slim-majority
government, the ensuing Europe debate within the Conservative Party is likely to
be even more divisive than Maastricht. Understanding MPs’ behaviour on Europe will allow the pro-withdrawal faction to assess the optimum methods of convincing MPs to side with them, as well as how to counter the Europhile faction’s attempts to poach their followers. The secondary purpose of this work is therefore to act as a case study for newer Eurosceptic MPs to study. This will ensure that, unlike the Maastricht rebellion, the Eurosceptics will have an advantage. Lastly I hope to show that those Eurosceptic backbenchers who voted against the government and those frontbenchers that resigned over their convictions achieved far more than their colleagues who did not do the same."

Some of the general points I should like to point out:-

I only need to turn on the BBC News for Damien Green to be almost speaking like the pig Squealer (I almost laughed when he added, to paraphrase more or less what he said: "And the very dangerous world we live in...": You wouldn't want Jones to Come Back would you?) concerning the EU Reform and the unleashing from their party leashes of Tory MP's:- 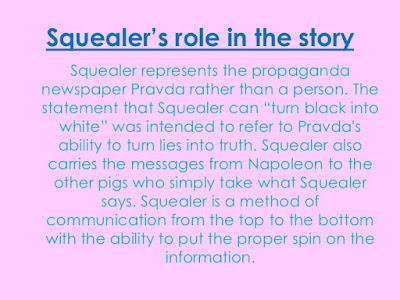 Back to the Guardian:-

"The timing of today’s announcement suggests that Cameron does indeed plan to conclude negotiations in February and to hold the referendum sooner rather than later. He hopes for a swift victory, the rapid resumption of business as usual, and the entrenchment of Osborne’s position as the favourite to succeed him."

EU Referendum: Another Reason Why June 2016 Poll Is Unlikely 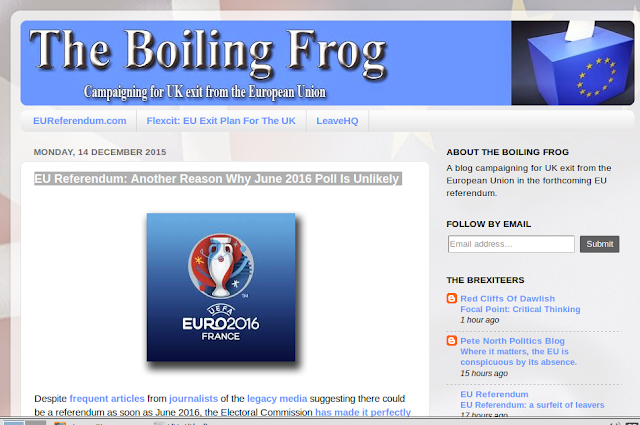 Here are 2 very clear examples: The Politicians in Westminster and The Legacy News-Media concocting narratives as if politics is The Big Brother Household Virtual Reality TV.

They are a complete waste of everyone's time, attention and energy: Our very roots of potential prosperity.
Posted by Red Cliffs Of Dawlish at 10:19