The EU Onion seems a good way to remember the vertical tiers that DEFINE:  Brexit = "Withdrawal From The European Union (via Article 50 TEU Lisbon Treaty". This definition accords with our workings out previously in The Brexit Number & The EU Onion  via parsimony that simply defined, Brexit is the "threshold" of crossing from Supranational EU political membership: Either conceptually, the number count quantitatively (Currently 43 years and counting) the maximum number of days before the first day outside membership or emotionally and very realistically, removal of our membership and representation in the EU political institutions and forums such as
In fact removal of all the vestigial forms of the EU's drive towards a higher form of governance above our own such institutions which if you remember was alluded to in The Life Changing Magic of Tidying Up:-
What's important for Brexit is defining withdrawing from POLITICAL (Ever Closer) UNION of the above which means membership and representation and voting rights in the above institutions for the above functions! The words:-


How Long Ago: And we're still having to resolve the above!

Is a big lie by David Cameron. Effectively the EU is similar to the concepts as per Legitimacy & Listening, a "Dominance-Submission" Relationship on a whole larger scale of political organization. We can verify this from a history of the EU as per The Great Deception. The core acts like a political black-hole of political gravity in Europe, around which various rings of association gravitate and from which "Ever Closer Union" or ever more policy powers or "competencies" are sucked INWARDS via the process of "Engrenage" as per Jean Monnet's "Engrenage": Destination Unknown?

But why should The Brexit Number be so interesting? If we've only so far had a ratio of x1 day to vote vs 43 years of EU Membership then it bears remembering the relationship between democracy and time as per Of Democracy and Time Dilation. Or think of it like this, in the way our politicians treat our democracy and voting competence/ knowledge on the EU and on Brexit and all the many issues:- 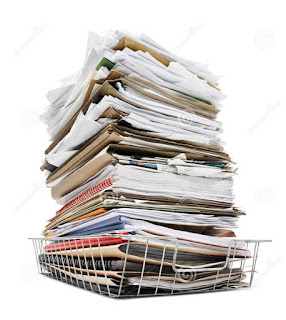 This should not be surprising as discussed in Our Government: "Ifs, Buts, Maybes" where our government prefers to prolong the problem, and indeed this is explained in Dr. RAE North's most recent Strategy ten: the need for an exit plan :-


"So fraught with risk would be such a process that, wisely, any sensible politician (i.e., one who wishes to remain in office) would run a mile from it.

That is not to say that the complexity could not be addressed and overcome, but the word means what is says. Complex is, er … complex. To come up with a well-founded strategy for leaving the EU – and thus replacing the web of EU policies with distinctive national policies of our own – would take a massive amount of work, requiring a huge team of experts familiar with every aspect which the EU touches.

That work has not been done – there is no likelihood of it being done in the immediate future. Yet, unless and until the British public (and the politicians) can be offered a reasoned and better alternative to the EU, like it or lump it, TINA (There Is No Alternative) lives."

Strategy ten: the need for an exit plan 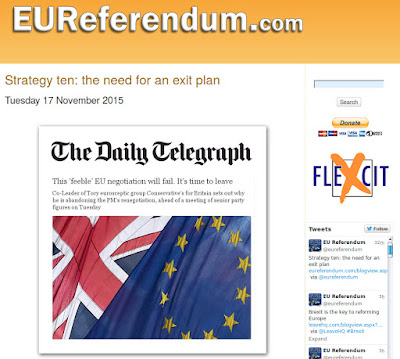 If TINA lives, Then Brexit is DOA!

Unfortunately it's a lesson a lot of voters curious about the EU membership and interested in Brexit have failed to fully appreciate, in part because Vote Leave is staffed/stuffed with the same people as our government above and hence the same mentality:-


"For more than forty years, though, that debate hasn't happened. This is largely due to the malign grip of a small number of individuals – mainly London–based, who dominate the public arena. These are the so-called eurosceptic"aristocracy", currently including the likes of Bill Cash, Daniel Hannan, the self-styled David Campbell Bannerman, Roger Bootle, Lord Lawson and Ruth Lea – as well as the two co-directors of Vote Leave Ltd, Matthew Elliott and Dominic Cummings.

These people regard "euroscepticism" – insofar as it is an intellectual movement – as their own personal domain. They believe they "own" it. And, far from fostering the widest possible debate, they try to contain it – to keep it to themselves and thereby block others from taking part in it."

What's the link between the "greed of our government", their political and legal obligation (Pro-EU'er holding on) since the 1960's to "The Heart of EU / At The Center of EU" and now equally the opportunity (eurosceptic opportunists) to towards a Global Britain or British Model? 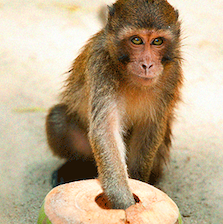 The monkey trap: Without unclenching it's fist from the food reward, the monkey remains trapped.

Effectively we have people in power who are greedy for legitimacy and we have so-called "eurosceptics" who are greedy for brexit without first understanding the problem's nature. And this extends from the above mentioned people into the Legacy News-Media as per Understanding The Mountains of Madness. The product of this is the EU's offer of association agreement and rebranding of this by David Cameron (much as the monkey is trapped above). For most people the "the full in tray" is augmented by the Legacy News-Media's FUD (Fear, Uncertainty and Doubt):-

EU Membership Cacophony: Presented as a Many-Headed, Hydra Of Complexity

Effectively the above is a Hydra Of Complexity. And here's where this blog becomes interesting: How do you defeat it? You lop-off one head, two more heads will grow in it's place, it cannot be defeated this way? And yet this is the very "declarative Brexit" approach of the various Brexit Options, ALL OF THEM!

Out Of The EU And Into The World ~ William Dartmouth 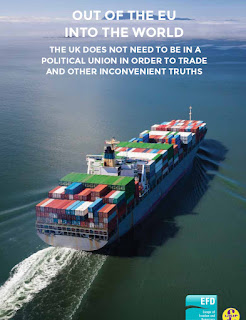 A Global Britain: The "Brexit Option" 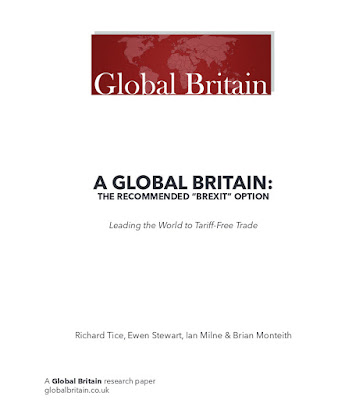 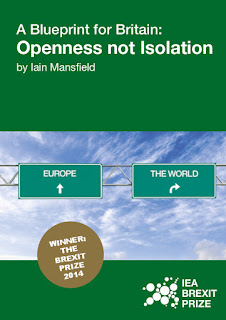 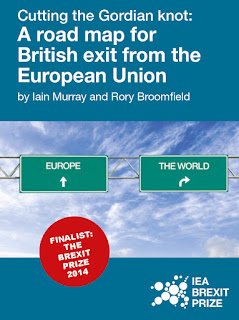 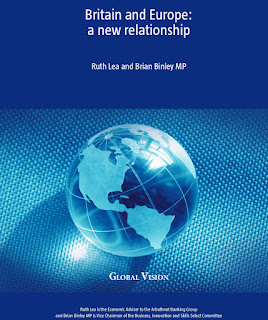 "2 birds in the bush mistake" Option

EEA -Lite: A Positive Vision of an independent Britain outside The European Union ~ David Campbell-Bannerman 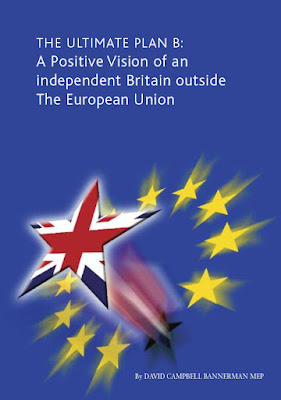 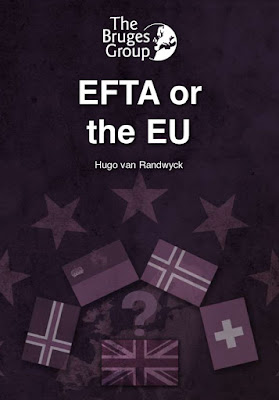 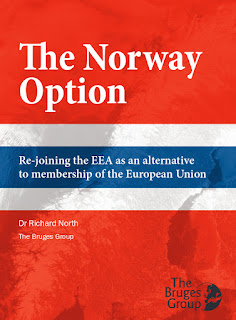 
You could tabulate all the above Brexit Options according to Pros vs Cons Attributes and indeed many so-called academics/scholars on this subject do this to little fruitful outcome other than to confirm/conclude the impossible complexity that serves so well Referendum Status Quo Effects. But it still ends up looking like the above:- 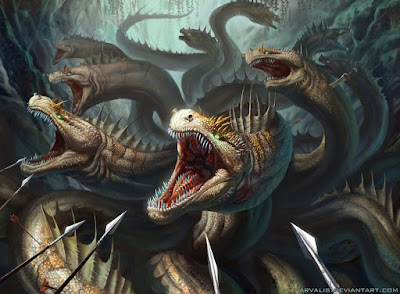 The "terrible", Many-headed, Hydra of Complexity

If we then look at the arguments against Brexit:-


CER: The Economic Consequences of Leaving the European Union 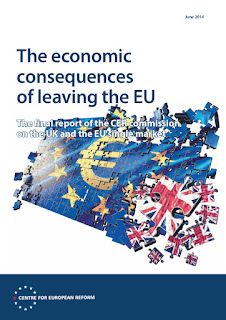 
Open Europe: What if...? The Consequences, challenges & opportunities facing Britain outside EU. 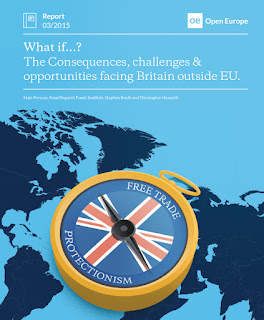 "Economic Brexit"
If you look at:-
What you come to the conclusion is that the way to defeat the "Hydra" is not lopping off heads and multiplying complexity but reducing complexity and taking a fire to each head that will be burnt away from the Argument leaving us with the Central Point of the Argument - as much as possible. Going back to The Brexit Number & The EU Onion Brexit was variously defined as a simple number or a threshold that results in the easiest, quickest and least complex exit/withdrawal from the EU. If there is a present option that is practically in use that fulfils this criteria then that is the Present Simple best option for Brexit and indeed for defining WHAT Brexit is. 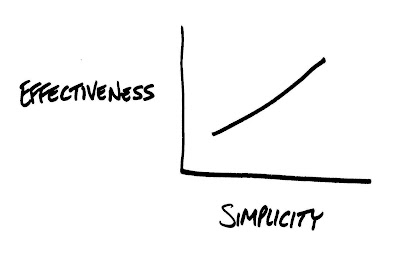 Posted by Red Cliffs Of Dawlish at 15:29