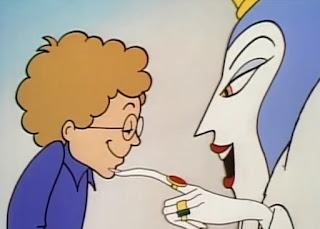 'The White Witch' manipulates Edmund via his greed for "Turkish Delight!"

In C. S. Lewis' children's story, The Lion, The Witch And The Wardrobe, there's a particularly educational scene involving a meeting between The White Witch and Edmund. We know previously that Edmund has an inclination towards petty or mean-spiritedness; presumably from an as yet unacknowledged form of insecurity in the development of his character. This is what is exploited by the White Witch in her meeting with him, in addition to her artful methods of magic and deception: What we're really witnessing is the interaction of these two characters; within a fabulous context. She switches here domineering behaviour into flattery, cajolery and appeals to Edmund's own sense of greed and aggrandizement, promising him more "Turkish Delight!" if he will, only but, bring to her his other siblings and then veiled threats when he shows signs of not complying.

What's instructional for children is the deceptive behaviour by The White Witch who is clearly an untrustworthy character (both in the book and the animation of the book above, visually); whom has already been described as evoking fear and terror in others, from another character's account. And yet Edmund, blinded by his own smallness of character (not caring enough for his siblings while he stews in his own resentments) and his greed for "Turkish Delight!" demonstrates how easily he is manipulated by The White Queen, and how oblivious he is to the many signs of her real character that intermittently break through the "play-acting of pleasant and friendly", from time to time. 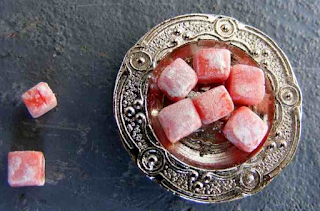 For so long, in the EU and Brexit debates in the UK the quality of arguments have been inferior and dominated by the Pro-EU Orthodoxy of the Status Quo Support For EU Membership. This orthodoxy has been defended by primarily FUD (Fear, Uncertainty and Doubt) and equally by the apparent merging of the Legacy News-Media with the State-Government (which itself seems to have merged) and again merged with the EU; as per Understanding The Mountains of Madness. There we saw the foreshadowing that EUReferendum.com as per Dr. RAE North has been blogging about so far ahead of the Legacy News-Media, of the Association Membership fudge via David Cameron's Fallacy Of The Middle Way argument, despite this very model being rejected so long ago in the 1960's!


Lying in Parliament: "No Turkish Delight, if you support The Norway Option."

I've been following the various attempts to highlight how as per White Wednesday The Norway Option, as per Argument Abstraction is not a Min-Max Declarative Fallacy of Brexit but an Iterative Step as per Sequential Problem-Solving in Corvids pointing out that in all the information alone on the EU or Brexit,

"How We Are Governed?"

is perhaps the unifying/integrating principle from which all our subsequent details follow, Off The Ball Movement. This is all covered again by The Sceptic Isle “Associate membership” of the EU is a third rate offer and again by Jonathan Lindsell in Cameron Is Using Norway to Make the Out Campaigns Look Risky in conjunction with as per Dr. RAE North again EU Referendum: the "better deal" fallacy:-


"By this mean, these two thinkers, Freidman (Milton Friedman on the behaviour of government bodies: Barking Cats) and Selznick (Philip Selznick's theory of bureaucracy), provide vital elements of the intellectual foundation, with which we can begin to understand how the EU will behave. Their principles have served me well in my many years as an analyst of EU affairs." 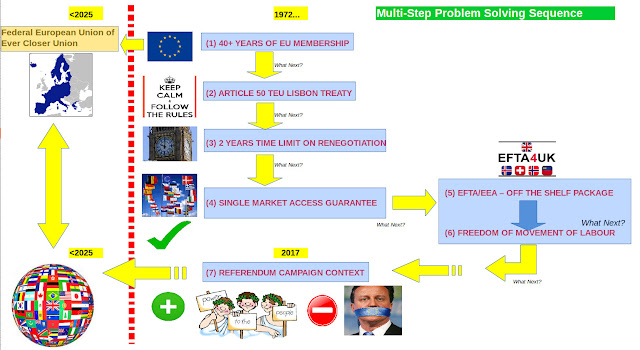 "First Steps Into A Bigger World."

But irrespective of the rigour, research and knowledge demonstrated above, the higher quality of arguments and concepts promoted, we see the basic tools of the deceptive politicians in attempting to dissuade people from choosing "The Norway Solution":-

This along with Daniel Hannan's decade old Swiss Association Membership fantasy all seem to align with 'Vote Leave' Campaign is Cummings Apart as per Lost Leonardo. What's interesting in Douglas Carswell's speech above, is his mixture of terms in a way where their application is not really making a whole lot of sense: Mumbling "Project Fear, Straw Man..." with Lying Lucy Thomas looks like this: It all plays into George Osborne's 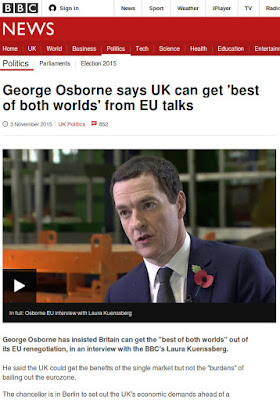 I think the solution is not to be so childishly and ignorantly greedy: If a stranger offers you something that sounds too good to be true... it's because it probably is. A better guide is Learning & Playing The Rules Of The Game  aka "knowing the score". As suggested in both the campaign and the withdrawal process are 2 different contexts of Supranationalism and Intergovernmentalism: Both very very complicated, but the actual question boils down to a very simple choice for voters between Remain and Leave: Do you trust these people who attempt to manipulate the electorate via firstly Fear (for decades) then Greed (in the 2 years up to the referendum) and never ever attempt to educate them in the decades before a Referendum that has itself been promised and not delivered many times in the past as per Eurosceptic "Amnesia" vs Brexiteer "Total Memory Recall"? 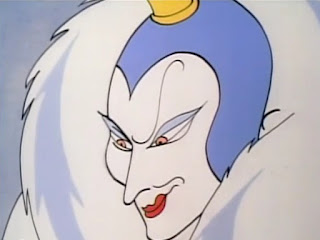 The real face of our politicians' plans for the EU Referendum