Moses The Raven: "Sugarcandy Mountain, that happy country where we poor animals shall rest forever from our labours!"

In George Orwell's Animal Farm the character Moses The Raven is described as such:-


"The pigs had an even harder struggle to counteract the lies put about by Moses, the tame raven. Moses, who was Mr. Jones's especial pet, was a spy and a tale-bearer, but he was also a clever talker. He claimed to know of the existence of a mysterious country called Sugarcandy Mountain, to which all animals went when they died. It was situated somewhere up in the sky, a little distance beyond the clouds, Moses said. In Sugarcandy Mountain it was Sunday seven days a week, clover was in season all the year round, and lump sugar and linseed cake grew on the hedges. The animals hated Moses because he told tales and did no work, but some of them believed in Sugarcandy Mountain, and the pigs had to argue very hard to persuade them that there was no such place." 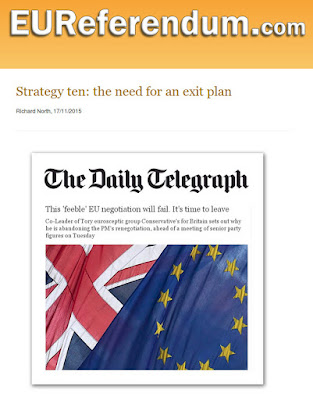 Dr. RAE North writing in Strategy ten: the need for an exit plan:-

"Anything as complex and challenging as leaving the European Union will present significant problems. Therefore, you do not need a focus group to tell you that, when confronting the prospect of an EU referendum, voters will need to be reassured that a choice to leave is not a leap in the dark.

That much has been obvious to anyone who has even begun to look at the issue. More specifically, I have long argued that we would need to produce a credible exit plan. Without that – as I was writing in May 2008, over seven years ago – our opposition would rely on the status quo to support their case and, in particular, the assertion that there is no alternative (TINA) to our membership of the European Union.

It actually took five years, until June 2013, for the IEA to trigger the process of producing an exit plan, with its Brexit Prize. But so badly managed was the competition – and then ultimately rigged – that the winning entries added nothing to the debate and have disappeared into the obscurity they rightly deserve." 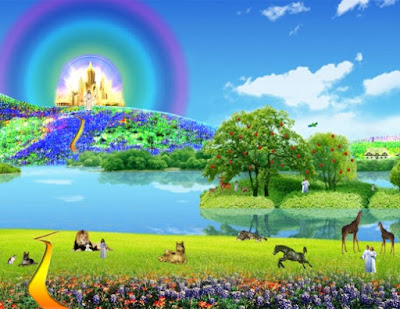 There is no such thing as "Sugarcandy Mountain" but there is such as thing as people who make a good living for themselves selling it:-


EU Referendum: Hannan, the enemy within 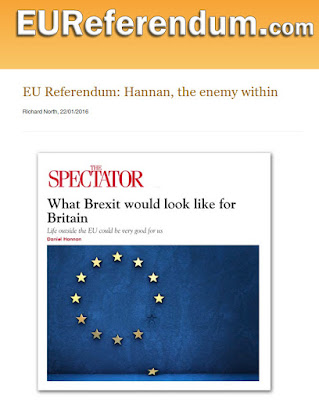 "In Mr Hannan's world, however, time has stood still. The idea of a staged exit is rigorously excluded while he rehearses the same issues he was writing about ten years ago, in terms that have scarcely changed. Laboriously, he goes on a hunt for the ideal "model", with a tedious and somewhat flawed review of the Norway-EEA and Swiss arrangements.

This leads him then to conclude that Norway "gets a better deal than Britain currently does", and – quite wrongly – that Switzerland gets "a better deal than Norway". And upon this flawed assumption, he then drops into an exposition of the better deal fallacy as he assert that "a post-EU Britain, with 65 million people to Switzerland's eight million and Norway's five, should expect something better yet"." 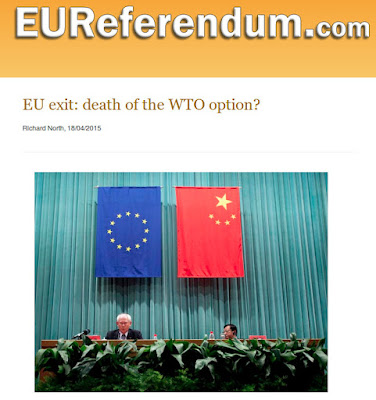 "One of the converts to this idea is Ruth Lea. She was formerly an advocate of the so-called "Swiss option" (page 27), so she now stands – without explanation - completely at odds with her earlier position. But we have also seen an intervention from Global Britain." 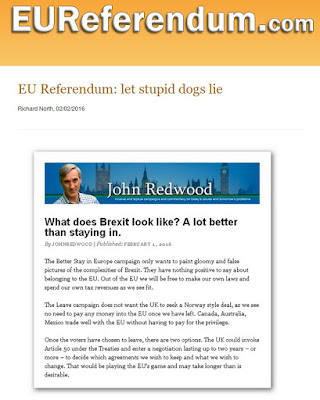 There is a telling difference between us lesser mortals and men such as John Redwood. We believe that we need the 419 pages of Flexcit, and something like three years of study, to define how we leave the EU. Redwood believes he can do it in a mere 417 words, contradicting the bulk of what we have to say in the process.

Both writers take exception to Mr Redwood's many assertions, including the most egregious of them which have him declaring that "the Leave campaign does not want the UK to seek a Norway style deal", that in order to leave "the UK could simply amend the 1972 European Communities Act" and that, after leaving, we could "simply rely on World Trade Organisation membership to stop tariffs and other barriers being imposed"."

EU Referendum: we, the invisibles 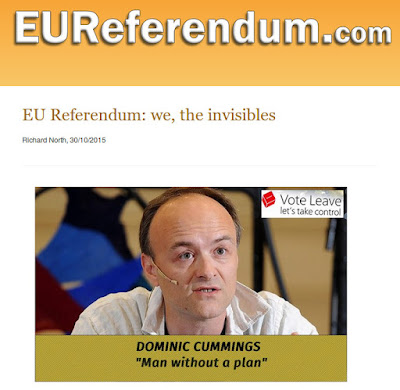 "Amazingly, the Eurosceptic "aristocracy" simply can't get their soggy little brains round the idea that it would be extremely unwise to attempt a "big bang" separation from the EU. They also have difficulty with the idea that the two year period allowed for the initial Article 50 exit negotiations isn't long enough to broker a bespoke free trade agreement – which can take 5-15 years to conclude." 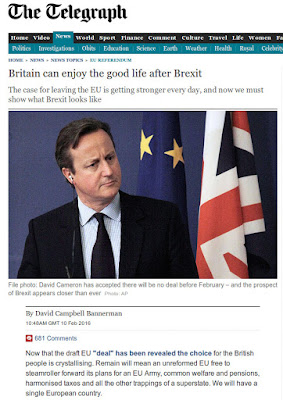 "Sugarcandy Mountain, that happy country where we poor animals shall rest for ever from our labours!"

"My answer on what the alternative plan should be called is "WTO Plus". All other benefits - democratic control, border control, economic control - flow from it. It is a simple and genuine alternative plan. So, you may ask, what on earth is it?


My plan for the UK outside of the EU combines a guaranteed basic trade deal based on current World Trade Organisation arrangements with a better free trade deal on top.

The basic deal is guaranteed whatever happens, as the UK and EU are both World Trade Organisation members in their own right and must follow its rules or be hauled into an international court.

This worst case scenario would mean tariffs on some goods. But I think we can do better than that. There are already indications that German car manufacturers would ensure their government does not impose tariffs on UK cars – why penalise BMW-owned Minis and Rolls Royces? There would be such demand from all sides for a better deal"

He then rattles off a list of Pro-Brexit Arguments: Beyond the Mirage:- 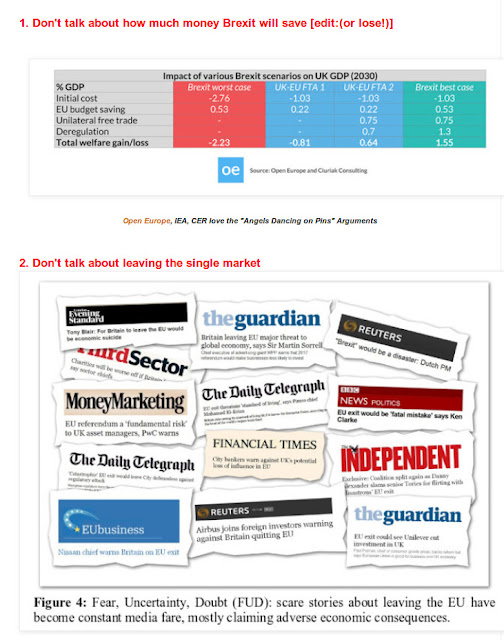 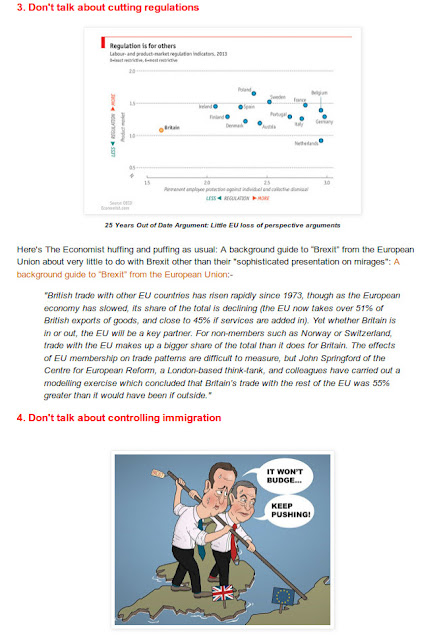 Back to Moses The Raven:-

"In the middle of the summer Moses the raven suddenly reappeared on the farm, after an absence of several years. He was quite unchanged, still did no work, and talked in the same strain as ever about Sugarcandy Mountain. He would perch on a stump, flap his black wings, and talk by the hour to anyone who would listen. "Up there, comrades," he would say solemnly, pointing to the sky with his large beak– "up there, just on the other side of that dark cloud that you can see– there it lies, Sugarcandy Mountain, that happy country where we poor animals shall rest for ever from our labours!" He even claimed to have been there on one of his higher flights, and to have seen the everlasting fields of clover and the linseed cake and lump sugar growing on the hedges. Many of the animals believed him. Their lives now, they reasoned, were hungry and laborious; was it not right and just that a better world should exist somewhere else? A thing that was difficult to determine was the attitude of the pigs towards Moses. They all declared contemptuously that his stories about Sugarcandy Mountain were lies, and yet they allowed him to remain on the farm, not working, with an allowance of a gill of beer a day."

So you see it's quite useful having a clever talker persuading people that Paradise is just around the corner if they continue "working harder for a better Britain!" supporting their betters on such matters...
Posted by Red Cliffs Of Dawlish at 12:09