FLEXCIT: Back From The Future 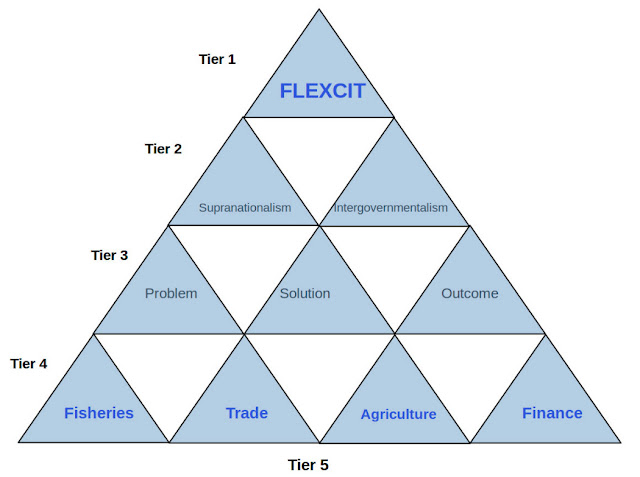 In the previous blog FLEXCIT: A Paradigm Shift the key point was made that, to use a metaphor, "Brexit is a bridge - only". It is merely the evidence that it is legitimate (valid) and possible (viable) to withdraw from the EU. To quote Dr. RAE North in EU Referendum: suffering in silence:-


"By way of background, we are engaged in the political battle of the century, and to win it we need to do three things. Firstly, we need to convince enough voters that we need to leave the EU. Secondly, we need to offer them an alternative vision – one which is better than anything the EU has to offer. Thirdly, we have to be able to reassure people that moving from the EU to our alternative is practicable and safe. That is our so-called exit plan.

These three things I have previously described as the "three-legged stool". In my view, they are not optional. Together, they comprise the essential elements of the campaign. Without them, I am convinced that we cannot win this referendum.

What we don't need, therefore, is people of status and some prestige coming out of the woodwork, promoting ridiculous and totally unworkable ideas for an exit plan, and then undermining the work of those people (such as myself and all the other contributors to Flexcit) who have come up with a workable plan."

Effectively FLEXCIT/The Market Solution is the full context within which the solution (Brexit) is held between Problem and Outcome; and only one (but central) element of the full picture:

Incorrect/Zero Framing of the Problem:

What we see when the context/framing is not applied correctly is a list of declarative battles over what is the problem and what is the solution? Nobody apparently knows and both "sides of the argument" are apparently equivalent: They're not - they descend into low quality arguments as per Argument Abstraction:- 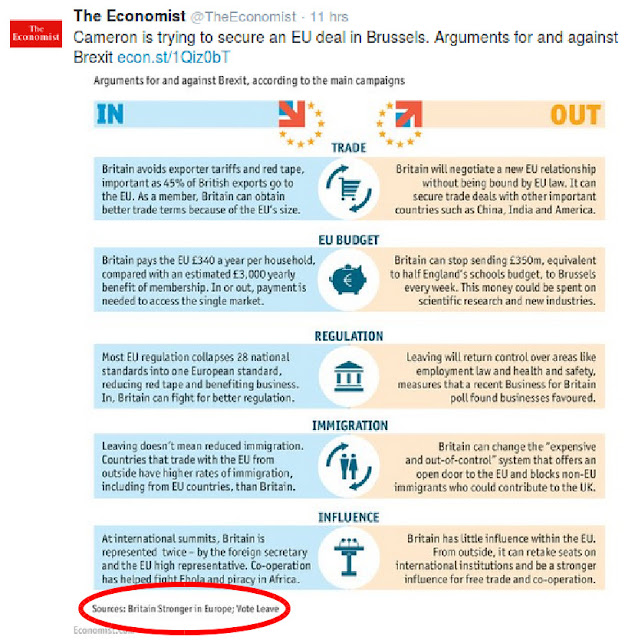 The Political Dark Ages Today: Exemplified by these "prestigious groups" AND The Economist

In Outcomes: The 20:80 Rule it was pointed out that most of the EU Referendum discussion and Brexit by implication is wasteful communication, "mountains of madness" in the legacy news-media and "piles of garbage" produced by Westminster politicians. The assertion was made that the Positive Vision as per Dr. RAE North,above, is predominantly the future creation of a genuine single market in which Britain plays a leading role amongst equals, due to initiating this change, not by default of dominating.

However there is another positive outcome preceding this one: "Which is which when all is said and done?" And that is the very process of holding a referendum is an opportunity to increase the quality of arguments and increase the positive engagement of people into the political decision making process itself.

If you've noticed our politicians for decades and in great volume have talked about "uncertainty" in our politics: They're the biggest source of this so-called "political disease" as per The Root Of All Uncertainty, both the above two sides represented/hand-picked in The Economist above are full of The Brexit Bullshit Sandwich.

In fact what we're already doing is starting to describe the problem of our EU Membership indirectly. But there is much much more to do to build up the argument to it's full completion:- 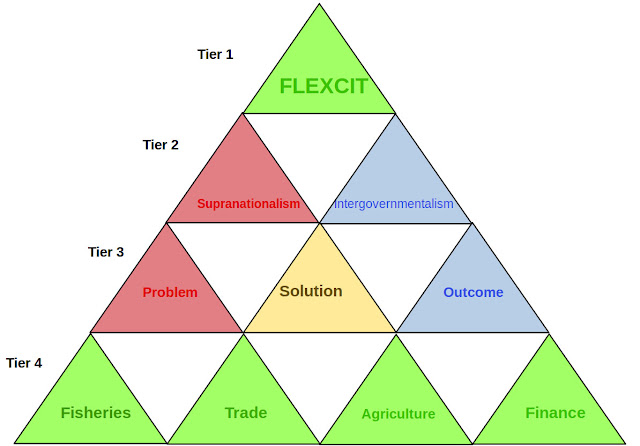 Posted by Red Cliffs Of Dawlish at 08:50