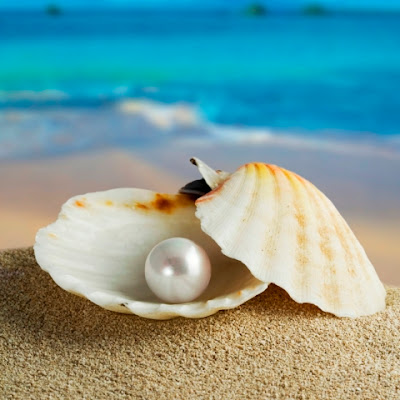 Rare Pearls are not found on the shore but in the depths of the ocean.

I was curious what the latest EU opinions discussed in the public forum might sound like, so watched the BBC's Question Time 3rd March 2016, last night. There were it seemed a little more actually serious questions about the EU this time around, in particular one about Democracy which unfortunately the presenter David Dimblebee decided did not have enough of a "discussion hook" in it to dwell on and moved onto taking more questions, understandably.

But this is a serious problem that is not recognized for what it is: FLEXCIT: Changing the Political Reality. Like seeing a clam shell and not knowing that inside it is a Pearl. Another notable comment was from the audience (most of the interesting things actually come from the crowd given enough of a chance to sample a large number and sift the productive ideas from the rest):-

In a previous blog this was pointed out back in other BBC productions on the question of the EURO or Europe: Decrypting: What is Babel-17? Interestingly, there was an extremely emotional lady who was aghast at the suffering of migrants in tents that took up a lot of time and due to the heightened emotional pitch even when the correct procedure provided by Dominic Raab was given it was largely not acknowledged or consolidated in those present that arguments had been advanced.

So we see that people often confuse themselves via tracking multiple different reactions, discussions and so forth in these debates. Bear this in mind for QT then multiply it up: Remember most of what the public rely on for the facts, as per the questioner is from the legacy-news media. They in turn provide information or forums such as BBC's Question time for large group sizes as was discussed previously: When to Attend/Hold Meetings. The type of communication possible is inevitably going to be of a qualitative difference.

There's a couple of things to say about this in summary:-

When we come back to that question of democracy, Representative Democracy in the UK could be summed up by Martin Amis' quote about marriages paraphrased for our representative democracy:-

“After a while, representative democracy is a sibling relationship--marked by occasional, and rather regrettable, episodes of incest.”


Our "occasional, and rather regrettable, episodes of incest" is the attitude I've been trying to find to describe the ubiquitous response of the Establishment Class to our infrequent representative democracy holding actual elections that matter: "Get It Out Of The Way!" unlike the periodic 5 years of musical chairs between party machines involved in their own private and regrettable bouts of incest aka The Westminster/SW1 Bubble Effect.

This brings us onto the other side of the problem. The end point is effective communication at scale to people BEFORE they vote and with time to think and consider for themselves and indeed talk with each other!

I've been blogging since the Autumn and pass the 90 posts mark. If I have learnt something, it's that working out how to learn and know more about this issue in order to increase public information works like this:- 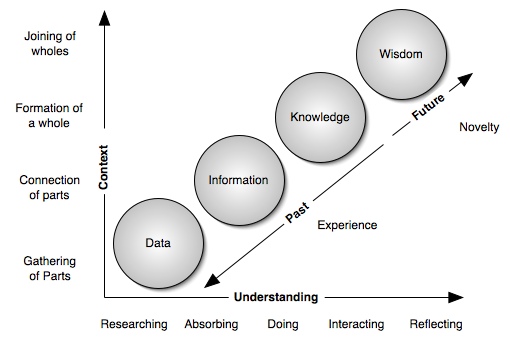 How can we improve democracy? By making better decision-making

We have several levels:-


1. Research of Information Base 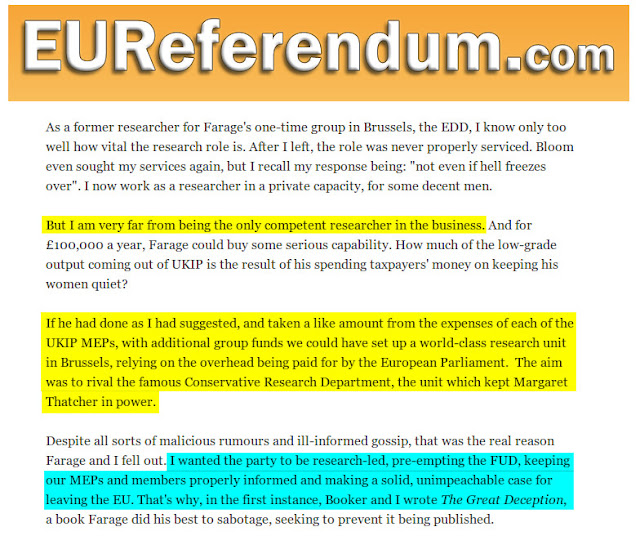 Seeing the results of this echoed today for example in BBC Question Time...

Quoting Dr. RAE North at the invaluable resource of EUReferendum.com If you were a scientific researcher looking for a fossil or "missing link" aka Transitional Fossil this is the sort of "find" that you might be frothing at the mouth at!! Here we have the example of a major political party and how in it's inception it was built with some ideologies. Somewhere the imperative during it's "evolution" to acquire power to effect ideology is transitioned to acquire power to acquire more power... to eventually effect "something". Here is the evolutionary branch in what we now see in the Party System in our Westminster. It does seem that the Conservative Party's great success under Thatcher is also a useful comparison of a confluence of influences occassionally providing a stronger more effective government?

There's a lot of personal opinions about Donald Trump at the moment. Most reactions are to distance themselves from him and publicly denounce him. This is a short-sighted reaction: What is this? Trump is medium of  populism which suggests people want alternatives to the Establishment governments, and will pick that which makes itself visibly available irrespective of it's quality.

But we look at both ends here: Research and Communication and at both ends we see that democracy is not served effectively as a system: The result is that perpetual comment: "We don't know enough to vote."

Fascinatingly enough, during the aforementioned BBC Question Time, what did people spend a lot of time on the panel and audience discussing? Was it the subject of democracy? No. It was the personality of:- 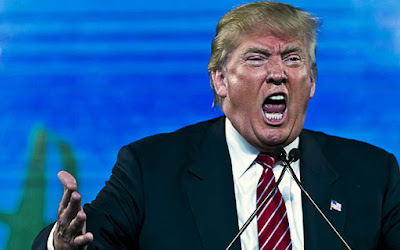 I don't blame nor condemn Trump: He's astute enough to know "all publicity is good publicity" for the Business of Being The Top Trump in the deck. The key is the word "publicity" - You! 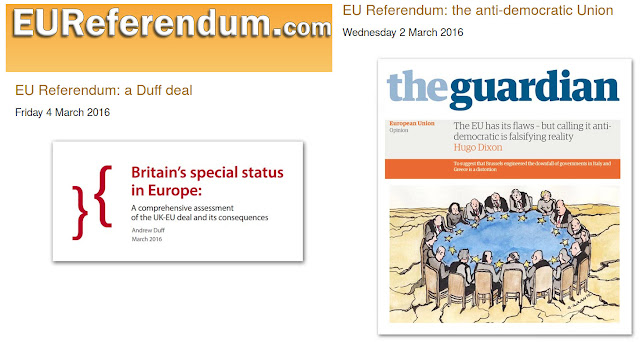 Understanding oceans of information: We need honest experts who can find the subtlest of pearls


As said there is much to learn and a lot can be learnt. But there's many examples of when you think you know something only for the wind to be taken out of your sails at an oversight, some new fact that is simple yet essential that you should have understood even when you do read and find the expert quality sources!

On the right handside EU Referendum: a Duff deal is an overview of Andrew Duff's scrutiny of David Cameron's deal. Time and again he's been helpful in explaining the workings of the EU, but he demonstrates something so many others like Hugo Dixon don't: He knows enough to have the right context and tacit knowledge around the explicit statements of what things are. Many people talk about Donald Trump or Boris Johnson, but few talk about Andrew Duff. Yet they say they want to know about Brexit and the EU and how to vote in the Referendum?

I have to kick myself, I'm sure I may have come across, probably several times, what Dr. RAE North explains in  EU Referendum: the anti-democratic Union: I ordered it somewhere did not attribute it's full context or significance ie repercussions (frequency, magnitude, structure etc) and likely forgot about it despite reading around the subject including Robert Oulds useful book! Here it is a pearl worth knowing!:- 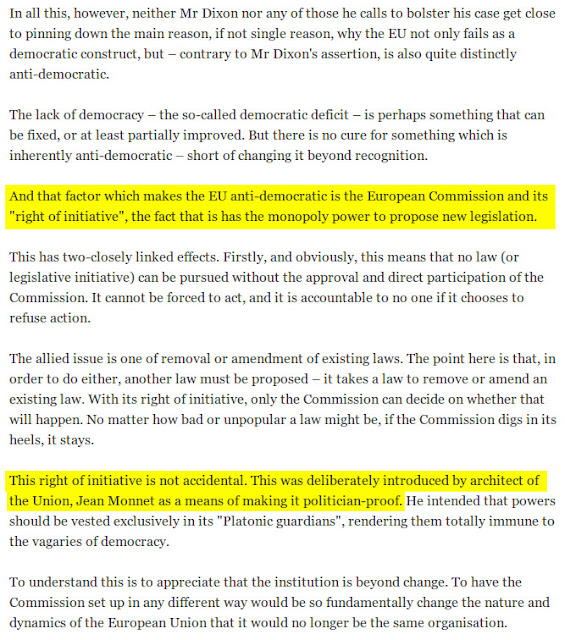 Just reading "ever closer union" in the Treaty Rules is a good indication of what the EU is. But there's more pearls to be found if you dive for them!

3. Unity of Understanding with Context 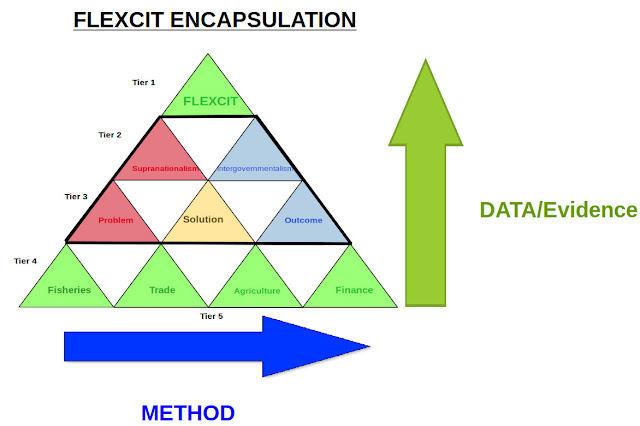 Supranationalism is ordered in The Great Deception; FLEXCIT: The Market Solution provides the other concept in details via policy contexts through eg Regulations: Intergovernmentalism

All the above is intended to inform our decision-making for x1 day The day we have our say: The People's Referendum. We have almost all the pieces to know how we will vote, to quote a Kent MP's view on this:-

4. Communicating from a knowledge basis to people

"During the next few months, as the referendum grows ever closer, we will be bombarded by propaganda and conflicting "facts". Many will be confused and will still find it difficult to make up their mind.

To those people I would simply say is this; ignore all the complicated arguments because the the only decision you have to make is a simple one.

Do you want the laws of our land to be drafted by elected representatives who sit in a European Parliament that reflects also the views of 27 other countries> If the answer to that question is yes, then you should vote to remain.

Or, do you prefer to have the laws of our land drafted by representatives who you elect to Westminster that reflects the views only of the countries that make up the United Kingdom?

If that is your position, then vote leave. That is what I will be doing."

It's not perfect but I think there is merit in focusing on communication that is useful to the voter, focusing on the inherent distance of democracy (even if Westminster is still distant!) involved and pointing out the inherent ambiguity and conflict of different views of x27 diverse nations (some of whom are in the pipeline for ever closer union integration of the Eurozone in the next Treaty). 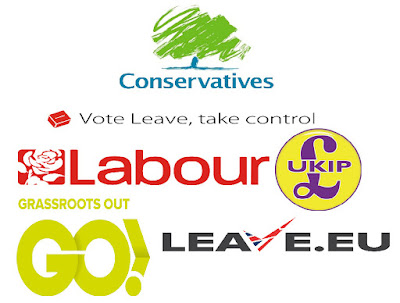 Looking at the present Leave Campaigns I can't help think they look like both The Establishment Parties and Populist Parties in an unhappy marriage mainly due to the barren lack of democracy as attempted to discuss here. 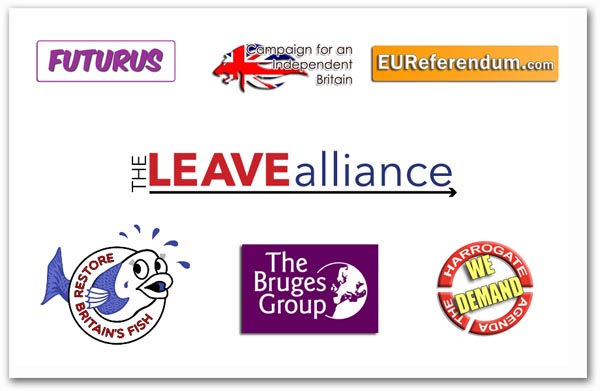 Knowledge-driven, Real Democracy inspired: A learning campaign for people: A Pearl of an opportunity
Posted by Red Cliffs Of Dawlish at 06:50