An Empty Core: The Top-Down Referendum 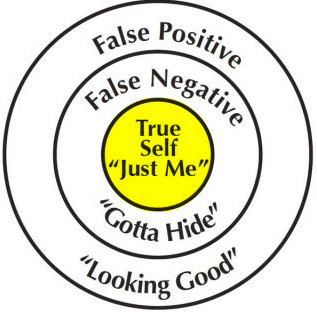 
With just over 6 weeks until the Referendum day on June 23rd, it's worth considering the state of the arguments and the underlying emotional energy that drives them in the absence of carefully building a factual and intellectually-driven basis for voting either Remain or Leave the EU.

Indeed the emotional histrionics and sense of urgency are all carefully created by the HM Government under David Cameron and aided by Vote Leave (see "Intellectual Quagmire" below).

In describing what we all CAN so easily observe, we may create an opportunity to avoid becoming bogged down in the quagmire that our politicians and legacy news-media have created: EU Referendum: an intellectual quagmire 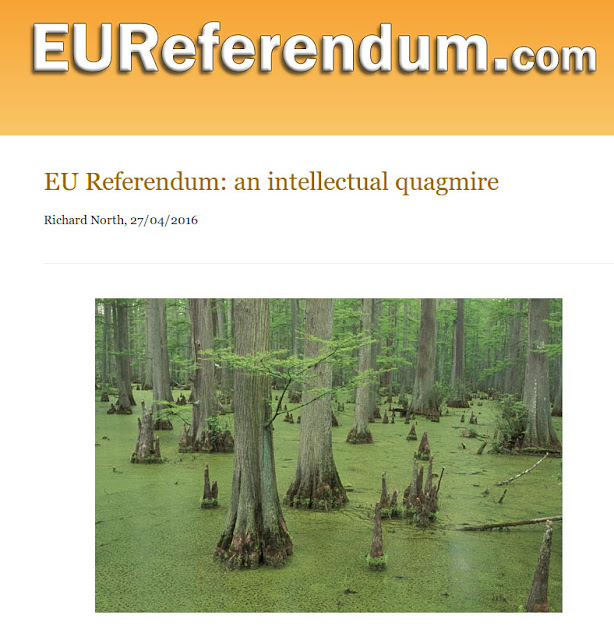 "With less than two calendar months to go before polling day, it is nothing less than alarming to find that fundamental questions relating to Brexit are so far from being settled by Vote Leave that we're not even past first base. [...]

In the first instance, Jenkin is making the same error (although perhaps unwittingly) that Mr Cameron has made in agreeing his supposed treaty. He has neglected the provisions of Article 61 of the Vienna Convention on the Law of Treaties, and the dictum res inter alios acta vel iudicata, aliis nec nocet nec prodocet, where two or more people cannot agree amongst each other to establish an obligation for a third party who was not involved in the agreement.

What these amounts to is that the member states, even if they agreed to carry out negotiations (which seems unlikely), would be acting inter-governmentally (which Jenkin acknowledges), which means they could not bind the European Union – which has its own, separate legal identity – to the terms of any agreement.

The inescapable bottom line, therefore, is that, if there is to be an exit settlement, the negotiations have to be with the EU. And that means working within the constraints of Article 50. [...]

We are actually paying good money for this extruded verbal material, to achieve nothing but a further attestation of the capacity of our elected representatives to waste time and money.

Whether by MPs or the official campaign, we are so badly served in this referendum that the issues have been submerged in that self-same quagmire. Not for nothing does Mr Brexit argue that the political game playing and personality politics of the referendum campaign is snatching the goal away from us.

When this is all done and dusted, he says, there needs to be a reckoning. We could not even begin to disagree."

We can see some foundation rules to this Referendum in the above that are denied by the politicians on either side of the Official Campaigns. Some examples of the results of this:- 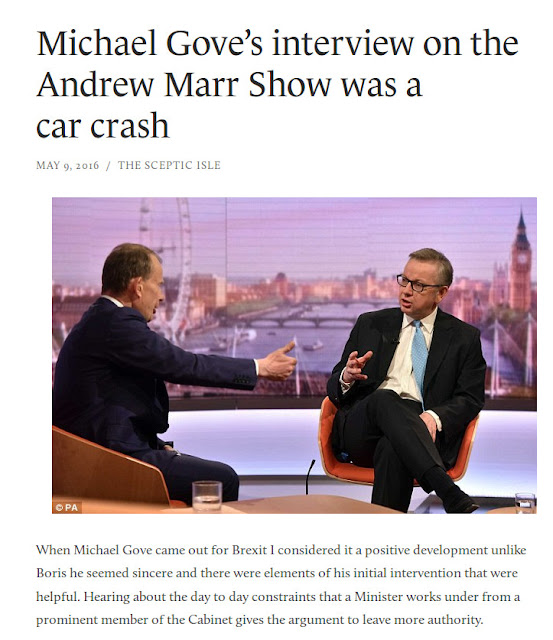 Cameron : “Stock up on canned food” 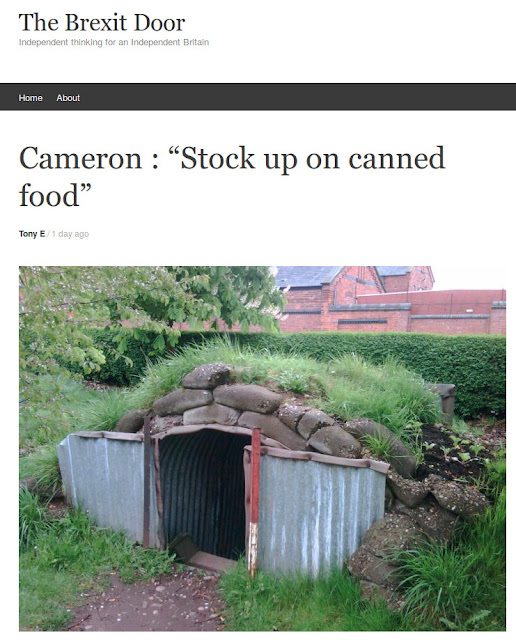 The result of the above was already predicted as per Dr. RAE North, EU politics: Germany in stasis :-

"The new movement, "Direct Democracy for Europe", Patzelt speaks about favourably. It certainly has "a chance", he says, a man who is demonstrably no great fan of representative democracy.

The predicament this leaves those who are fully in agreement that there needs to be an intellectual foundation to arguments of such importance as national Real (direct) Democracy decision-making at such scale of human organization of people for their future (millions over decades) is the attempt "to clear the rubbish" out of the way:-
But this is "losing cause" I think. What it is doing is reducing the time possible for the dissemination of the arguments into new forms at ever greater scale and speed of distribution and multiplicity of forms while sustaining the original quality source of such derived communications to people. It's a stalling exercise, a holding up exercise due to the lack of seeing what both Vote Leave and HM Government are actually behaving according to, as opposed to making the mistake of listening to their nonsense words:
As we get closer to the EU Referendum Date, it becomes more necessary to be able to disseminate according to a holistic argument to produce a clearer picture with which people can contribute positively via DIRECT REPRESENTATION of themselves to their own future - independently from politicians.