Bringing More People Into the Referendum 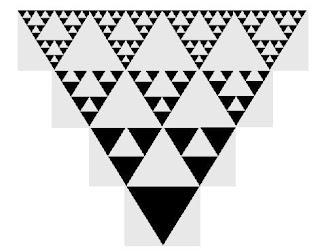 Unity of Arguments from Source successfully scaled for mass distribution


Previously I used the above image to represent the inverse of argument creation: Argument distribution. In fact the idea is little different to Software release life cycle:-


"The term "release to manufacturing", also known as "going gold", is a term used when a software product is ready to be delivered or provided to the customer. This build may be digitally signed, allowing the end user to verify the integrity and authenticity of the software purchase. A copy of the RTM build known as the "gold master" or GM is sent for mass duplication. RTM precedes general availability (GA), when the product is released to the public."

With respect to the EU Referendum we have 2 primary source materials for either side of the question:-

In the creation and understanding of these, a few experts were involved. In terms of The Great Deception, it is so important because it creates a coherent system of thinking about the EU from an historically accurate context to subsequent future behaviour by the EU and it's advocates: Knowing this allows greater understanding of subsequent important EU materials.

Likewise, FLEXCIT may itself be a specialist document, of interest to a few compared to the many voters, but this is not it's primary function, the fact it's created allows a similar coherent system of thinking and core functionality for the subsequent production of materials for the arguments on the Leave Side for Pro-moting Brexit and beyond. Such materials can continue with the fidelity of the source materials they are inherited from, but serve to scale up distribution in more accessible forms for more people to use productively.

Using FLEXCIT as the Source material, subsequent production of materials for distribution can be produced sustaining a unity of argument even while scaling up for mass distribution

In the above, I've added an animation for comparison:-

Just looking at it, it's excellent animation and deserves some attention on that alone. It produces some positive messages:-

However, it makes some tell-tale errors or "bugs":-

So, here is an example of a piece of work which was very well done, but it's distribution inserts errors into the Leave case and this is a problem that could have been avoided if the creator had consulted the superior works for the original inspiration for the ideas presented and discussed.

We can take another example in today's City AM:- 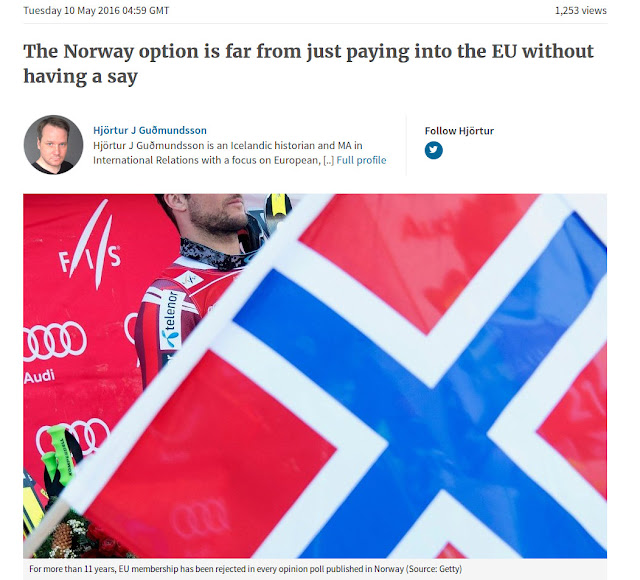 However this again appears to be a Vote Leave note and negative:-

There's a certain disconnect contained here that introduces errors or "bugs" as we compare this that undermines the arguments being propounded at different levels of complexity, already the view count online for City AM is >1,000 and the paper version no doubt fairly high too.

That said he does end extremely well:-

"But more importantly, by leaving and by being able to sign its own trade deals, Britain will secure a far better relationship with the rest of the world which, unlike the EU, is actually growing."

How? And here is where more inheritance from FLEXCIT and the creation of A Genuine Single Market integrated argument would have pushed the argument into a stronger position away from the cacophany of the Legacy Media and the neurotic arguments of either Vote Leave or HM Government/David Cameron. Instead the introduced error from the Vote Leave source I suspect obfuscates this development and extension of understanding in more people. What we want to compare with Political Union is Genuine Single Market that is part of the new relationship of the UK with the EU AND the relationship Globally too.

And this is how I feel about the present Referendum: To win or to lose are secondary considerations. For me it is about the fidelity of the source material and the ability to use it successfully to distribute with fidelity in further forms to more people. This is in my opinion all that matters: Failure here is a symptom of deeper failings that won't go away magically in the case of either result, I'd guess.

People at the moment are left given the introduction of errors by the idiot sophisticates of Westminster, with the conclusion:-

"It's so complicated, I don't know enough how to vote..."

I'm fairly confident with enough consistent and coordinated work by those who support The Leave Alliance, most people would feel confident enough to know how they will vote according to their own understanding.

The biggest problem distributing arguments to people successfully is the Official Vote Leave Campaign and other incoherent sources of error that are propagated unwittingly consequentially.

Posted by Red Cliffs Of Dawlish at 17:31