I may have misread the artist's intention here, but this is the nearest I could find to illustrate the targeted emotion of "Contrition". (Incidentally an emotion that I think is displayed a great deal more successfully in Japanese Anime than in Western animation which seems closer to some version of "humble-brag" and hence inferior storytelling execution and design for the viewing by children).


In our arguments, on such a complex and large subject as EU Membership, we deal with subjects that are not a question of complete exactness. As such the details we input into our arguments are mostly not a question of completely verified facts or figures though constituent parts of those arguments should/must contain as many of these as possible or as few of their opposite as possible). And so it must follow that any conclusions from results that analysis adn research allows, cannot equally be completely validated.

This then brings us into the realms of political consensus to dictate our decisions we would take once democratic discussion has operated on the above.

However, there is still a sequence:-
If you are at all familiar with EUReferendum.com for the past so many years, this is exactly I would say the work that has been (again I would say successfully) carried out there. Today's blog by Dr. RAE North, EU Referendum: the lack of a plan very much retrospects on that work (indirectly) point out because it has NOT being incorporated by either Aaron Banks or Dominic Cummings and hence why this is a mistake for the present Referendum campaign commandeered by Vote Leave:-


"But the alarming truth is that they probably can't. To win this referendum, we had to get in first and pre-empt the scare tactics, laying a solid base of reassurance. Thus, the moment Dominic Cummings, for no good reason, rejected the idea of an exit plan, the leave campaign's fate was probably sealed.

We might possibly have been able to claw back from this huge error if Arron Banks had been a man of his word, and backed Flexcit as he said he would. He would also have had to have been successful in seeking lead designation for the "leave" proposition. He was our last chance, and he failed.

For an excellent review of where we could have been, Andrew Stuttaford's article in National Review is the place to be, especially as he makes the point that we have been pursuing the idea of an exit plan for years, only to have been ignored for several and different reasons.

Asa Bennett helps by making it clear that Vote Leave's refusal to adopt and exit plan – any exit plan – was never personal. This was a function of the flawed logic and ignorance of Dominic Cummings, the progenitor of a failed strategy – and also the craven response of the people around Cummings who never had the courage to rein him in.

The result has been a train-wreck campaign."

Why did these people not use the work that had already been laid down? In their own pockets of supporters they decided variably that (2. Narrowing down the solutions possible) would lead to a loss of consensus amongst different groups: For Leave.EU/GO that meant the "anti-immigration" supporters. For Vote Leave that meant the Top Echelons of the "eurosceptic aristocracy" and their dysfunctional dynamic would not permit such.

So in this Consensus Activity without "2." we cannot break through the message to "3. Interpreting the Consequential Outcomes or indeed Conclusions" and hence "Uncertainty, Could & Consensus" and all pundits leaning on the findings of the Biggest Consensus" discernment possible from polls, from various groups of identities:- 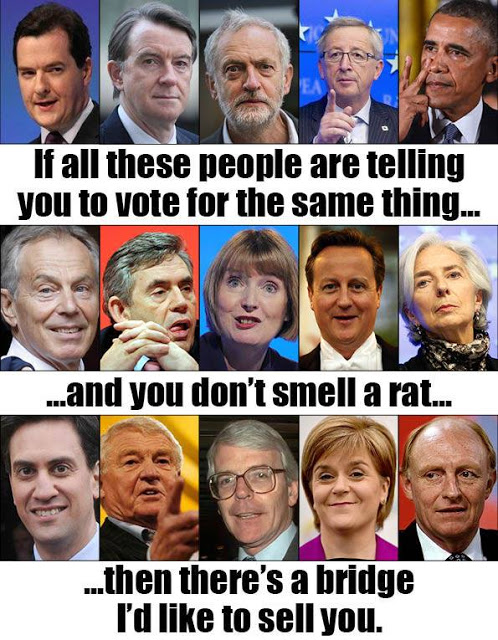 It's not only the above who are famed for their prowess in lying. It's also groups of economists and their famed prowess for poor predictions:-

Economists deserve to be ignored

Brexiters’ insouciance is the privilege of the rich - Free FT piece

Only 27% of voters think Leave campaign "credible and trustworthy", down 10% in week.

Leaving the European Union would be a “major mistake” that would cost Britain in both the short and the long term, almost 200 economists are warning today. In a letter to The Times, 171 academic and 25 non-academic economists say that Brexit would ... 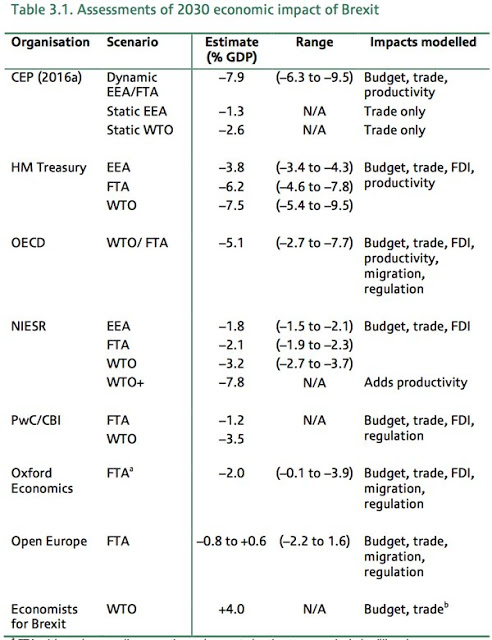 
Be that as it may, we do actually have certainty about something: EUReferendum.com predicted all this >2/3yrs ago and longer. In fact, EUReferendum.com is the source of "Problem Identification" it then follows with the most competent and rigorous analysis of the "Solutions Possible" and follows on with 3.

So let's come back to the orginal problem for this political Direct Democracy Referendum process:-
But this is just to point out the obvious. What is the fundamental problem here in the actual process of politics, as opposed to working methodology for our information usage?

The information I think is very solid from EUReferendum.com. However the big problem is education. In fact this Referendum in 2016 premature it may be, it will act as the emotional consensus trigger towards a subsequent national contrition that is the release from the phony arguments freeing up space and putting people into a frame of mind where they DEMAND to learn more as opposed to react over-excitedly and in thrall to the habitual channels of communication of politics (juvenile quality) and we can see more mature methods introduced subsequently. 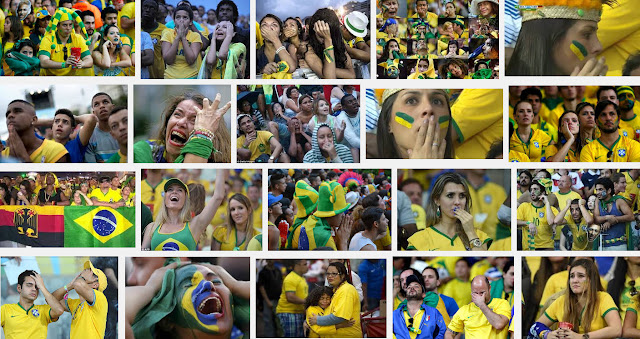 What Happened? The shock of Brazil fans... ""this isn't supposed to happen to Brazil's national, football team.""

I might go further and say this Referendum, the more the FUD, The Economic Uncertainty is pushed by the Remain and Establishment groups in their consensus building the more this prestages the subsequent step of Education and the conditions that are needed to make this more possible than the past 2 years have suggested it has not been.

The need of people to learn I think will only be triggered after experiencing this contrition on a suitably mass and national scale. I think this because individual sense of contrition is different from when a whole group of people suddenly experience that they were all hopeless wrong or self-deceived in their previous impervious conviction of being right (especially being right together in such "sound" company!). That anime face I hope attempts to convey this "(collective) Oh Shit!" feeling. 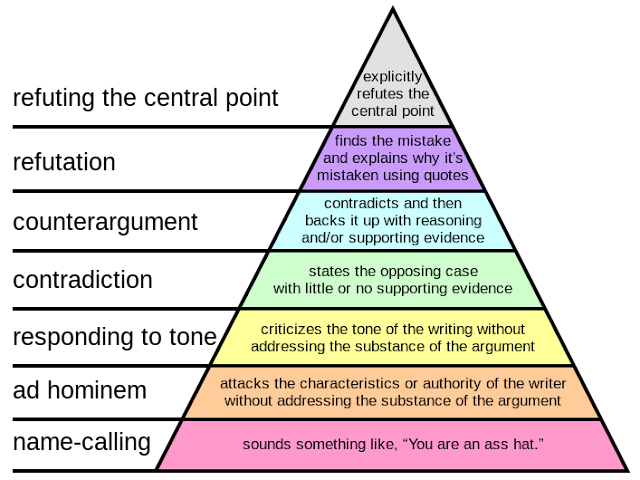 So far the politicians and economists are paving the way. On the one hand, the UK gaining 10 years advance on this process could have been wonderful. But "could" as Remain keep pointing out is no good basis for arguments and ensuring we improve the quality of arguments in our national decision-making.

And this comes back to the second part of this blog, the first being the quality of arguments, the second being the quality of the participants of arguments: Namely people have to learn to elevate their own quality through mistakes and experience of making mistakes: This Referendum is at least conducive on that second part if not on the first part. The politicians and economists are purely reflecting this - which gives people an opportunity to see and experience their own limitations in contributing to real democracy and thus the narrow form it takes (exclusion) consequentially, by those big groups of consensus builders who effectively displace the widening of arguments by more contributions by more people.

To use a flesh example, when Brazil were thoroughly thrashed by Germany:

"This match, however, ended in a shocking loss for Brazil; Germany led 5–0 at half time, with four goals scored in a span of six minutes, and subsequently brought the score up to 7–0 in the second half. Brazil scored a goal in the last minute, ending the match 7–1."


I was not surprised: They had looked like a weak team riding their status for too long in achieving results while Germany had spent years of hard work building their team for winning the World Cup in 2014 (I think ever since England thrashed them back in the early 2000's 5-1 or something (2001)!). But you can see the shock and dismay of the fans above. At least losing so badly may lead to asking questions more seriously and hence identifying the problems more successfully.

Posted by Red Cliffs Of Dawlish at 06:21