In The Referendum Soup

The above is a play on The Vinegar Tasters. In fact only recently did I realize that the interpretation I'd read in some book or other was partly wrong. I read that for one taster the taste of the substance was bitter, another sour and yet another sweet and so how could the experience be "negative for two" yet one of the three find the experience "positive"? It was that sweet taster was putting "mind over matter" and this was how we should approach things.

Actually I think that's a superficial rendition. First we learn through experience which is tasting. That experience may be either sour and bitter (or indeed sweet) and hence partly right but subjectively so depending on us and on the conditions in which we were tasting: In my cup of tea - yuck! On my fish and chips with salt - yum! The single objective answer we can all agree on is: "What is in the large pot?" The answer is of course "Vinegar." It it - in this case - what it is. 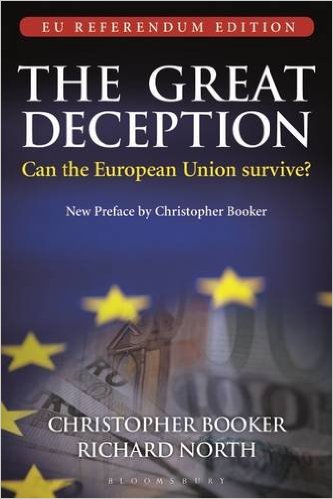 You may like it or you may not like it, but at least KNOW WHAT IT IS = Supranationalism

I was just catching up on the BBC Question Time for this week and watching the usual scenes of people who don't know therefore they replace this lack of not knowing with "emotional intuition" which they then force to fit into particular conclusions and emotively extrapolated statements.


EU Referendum: no such thing as free trade 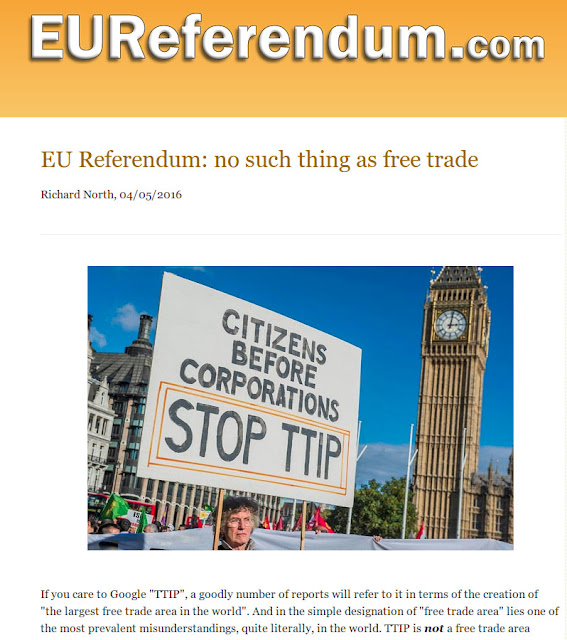 Trade appears not to be a singular discrete object but more of a web of various possible interactions?

Above all else, non-tariff barriers are the target, recognition of which requires breaking away from the tired old mantras, and understanding what we are dealing with. What we end up with is not free trade, but managed trade – and the better the management, the better the results."


There's so much to quote in the above by Dr. RAE North, that it would almost end up c&p'ing the entire article: Please read it and see that there is no special privilege to calling the EU = Supranational Political Entity than attempting to more clearly define what we mean by "A Trade Deal" by the Vote Leave lot as opposed to the Remain lot (HM Government, above):-

"This puts the likes of Boris Johnson, Gove and, latterly David Bannerman, on the spot. If they want to take what they insist on calling the "free trade" route, it is their responsibility to identify the extent of the financial penalty, and then to argue that Brexit is worth it. What they cannot do with any validity, is argue that there is no financial penalty. Nor can they argue that a partial CRA is equivalent to the Single Market. It is not.

Alternatively, and more sensibly, we can adopt the Efta/EEA route, as part of an evolutionary process of which even the Adam Smith Institute – spiritual home of "free trade" doctrine – seems to approve. That way, we remain part of the Single Market CRA and there is no financial penalty."

And this is about the "flavour" of the EU Referendum so far: Even the public have realized that one side says "Jump!" and the other side says "Duck!" but neither side are ready or able to explain to people why?

The result is in fact that the people shouting out the commands to the people how to respond to the EU Referendum:- 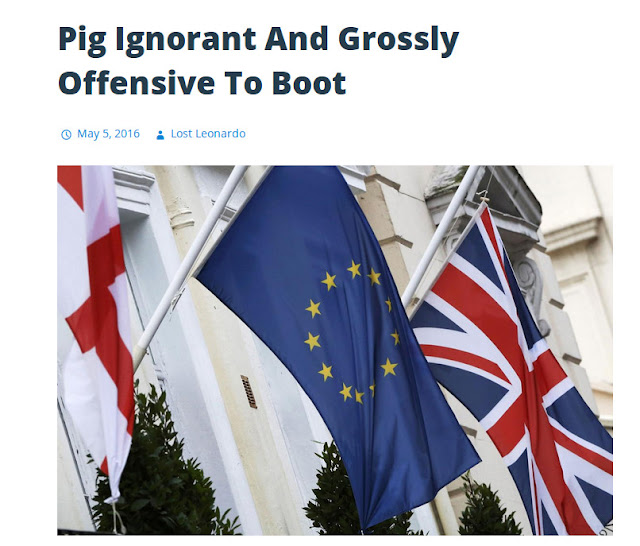 "What is the point of the British legacy media? It is incapable and where capable unwilling to report on reality. It exists only to lie to you.
Sure, for the most part, the hacks are just clueless keyboard thumpers who know not what they do. But why should ignorance be an excuse when these people are being paid?

Everybody makes mistakes. But the extent of the deception and self-deception which bubble journalists evince is on another level. If these people are ill-informed, it is because they want to be. If I type “EU referendum” into a search engine, the top site is EUReferendum.com.

So we come to the focus of this post, this condescending and inaccurate Evening Standard article written by Anthony Hilton. I shall not rebut the entire piece, just a few illustrative examples."

It could be Anthony Hilton with his "cool pose" in the Evening Standard or Michael O'Leary (Ryan Air) on BBC Question Time with his apparent business sense on display... . There's too many people shouting about their own personal tastes based on ignorance and emotion and not enough on producing a coherent and consistent model of understanding of the subject to be debated and discussed BEFORE being voted on directly by people in this EU Referendum.

I think if we recollect where we are in time at present, however, looking back we may find that there was one group at least where people were sharing an understanding that people can use and make sense of by attributing to things what they really are as opposed to the reaction they might or might not induce in that person or others:-

Posted by Red Cliffs Of Dawlish at 14:08