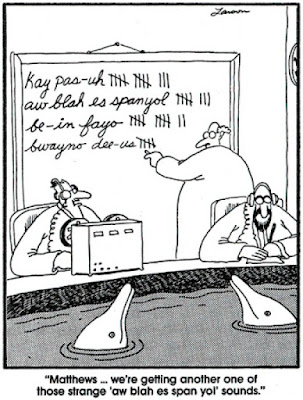 The above is perhaps one of my favourite The Far Side cartoons by Gary Larson. I've done some TEFL work so it's satisfying in that context. I've also done some science, so the combination is particularly appealing to me.

In the above cartoon, the scientists are adept at measuring the sounds of the Dolphins and matching patterns of sound and repeated uses of such... but the enjoyment is the fact that all they really need but entirely lack is a sense of the Spanish language and then they'd be perfectly fluent in "Dolphin" who themselves appear to be the intelligent actors attempting to communicate to the "dumb" human scientists!

It might seem there's little application to politics directly, which is correct. But it does remind me of the strange situation where the basic or core rules of political process are not established and agreed upon perhaps by an "Electoral Commission" inquiry that asserts some "ground rules and factual foundations" for the campaign to proceed by... on either side of the Referendum process at large?

There's a very basic secret being displayed here in our politics, which our Dolphins above can help describe for us:-

If the rules were asserted and hence agreed, then the above knowledge would become "common knowledge", unexceptional and in fact ordinary: It would effectively cease to be a tool of power of politicians OVER people: It would radically be the gift of power in the hands of people.

What however we see instead is the replacement of this knowledge of these rules with the attempt to guide peoples' intuition towards ensuring any choice to Leave appears NOT to be based on any rules, but to be emotionally wishful or emotionally regressive or emotionally uninformed. It is beyond count how much this is backed up again and again and again in the prevailing politics, at present.

The Basis of All Propaganda: Even the smallest crack will allow the brightness of light to replace darkness and show the "way to the wider world"


But I think what is driving this failure to establish the fundamental rules, a spoiling motivation behind such a failure can only be deducted from such lack of sensible diligence to such a significant political decision-making watershed in the UK's history, is the dread of those who hold power to allow a glimmer of light to shine from behind the opening of the smallest crack of this Brexit Door: For this would allow the consent amongst all involved that it is possible to leave the European Union and to do so politically in a sensible and mature and responsible way.

And once that becomes a matter of fact, devoid of emotional energy and sound and fury, then it leaves space for: "What next?" And once that engine of decision-making starts moving forwards, I think there could be a substantial shift in peoples' attitudes and hence polling of confidence and expression of self-determination. 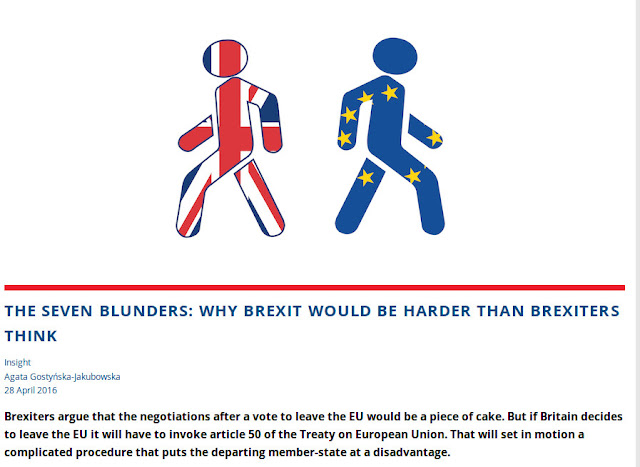 It's interesting that "fear-mongering" is a kind of common knowledge but it is commandeered by the politicians for their own agendas.

First the correct assertion of Article 50 is corrupted by CER using an increase in emotional pitch via "soap opera" language.

But this is reinforced by the Brexit likes of Vote Leave:-
All these Vote Leave results:-
All the above however are in fact based on false intuition building in the British public over the primacy of the rules that are currently operating. Keeping Pro-Brexit supporters in the dark with false expectations and a portfolio of phony politics. 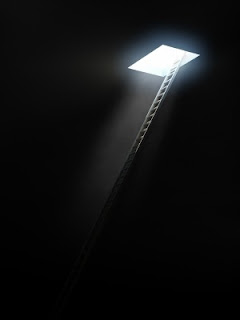 Vote Leave: Ensuring voters are "kept in the dark" and ensuring Brexit is "out of reach"

As for the rest of the CER article, Agata Gostyńska-Jakubowska could just simply read and refer to FLEXCIT: The Market Solution on how the negotiations would need to be handled, but like the entire charade that counts for adult decision-making, the omission of FLEXCIT is deafening by it's absence. 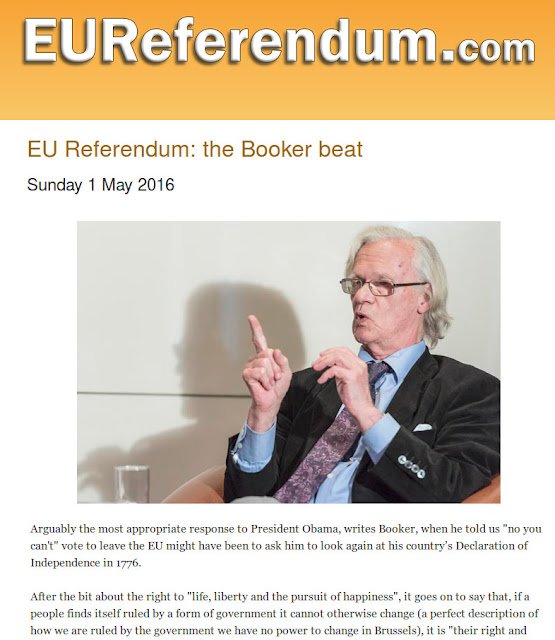 "Then, Booker turn to the main theme of his column, headed: "Brexiteers! We need an exit strategy and we need it now!". Here, he also picks up on the theme he had raised earlier this month, observing that "even more astonishing ignorance of the nature and rules of the EU" is that being displayed by the main players in our referendum battle, not least, alas, by those running the official "leave" campaign.

This begins with their amazing inability to recognise that the only possible legal way for any country to leave the EU is by invoking Article 50 of the Treaty on European Union, which derives from the insistence back in the Eighties of Altiero Spinelli, the "father of the European Union" that his Union must not be "a prison" from which no country could escape.

Again and again, when two very senior experts on EU law gave evidence to a House of Lords committee on 8 March, they emphasised that Article 50 is the only conceivable mechanism for a country to leave - all it seems falling on deaf ears to those who should know this before anything else.

The transcript of the oral evidence is here, with supplementary written evidence here. There is also written evidence from David Edward here. The crucial words are: "Article 50 is the only route for withdrawal consistent with the UK's legal obligations".

This makes even more terrifying, says Booker, the quite deliberate refusal of the Leave campaigners to come up with a convincing and coherent exit plan which could reassure voters that, by leaving the EU we would not be excluded from the European Economic Area, allowing us to continue trading in the single market just as we do now"