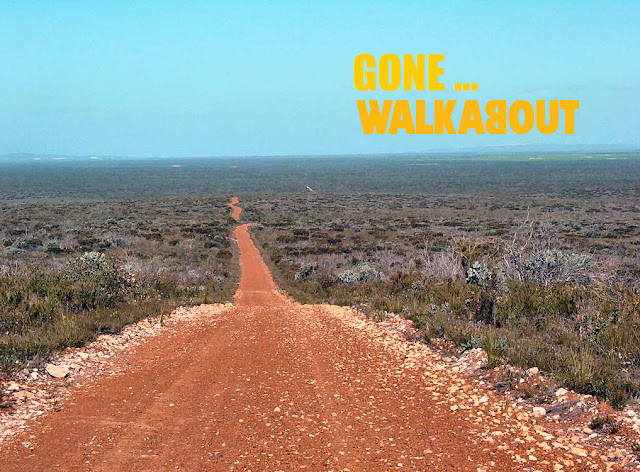 I've already got different horizons in my eyes... but one final comment on the Referendum: Thursday, 23rd June 2016.

The performance of this Referendum has demonstrated:-

1. Our Legacy News-Media are full of babbling idiots churning out news as a displacement of the previous structured communal observances of communities. It's actual information value is very low to it's circadian-social function.
2. Our Political Class is full of domineering POS' who hold unbelievable levels of power on how the UK is actually run independent of the voter/electorate base (those fucking shape-shifting lizards!).
3. People are taken in by this and irrespective of their general intelligence or knowledge in other areas are equally apt to insensible nonsense in how they formulate how to choose how to vote, based upon the above (on both sides!).

The results of this Referendum therefore should reflect this performance! My prediction is that this low-information and low-quality debate, overally will skew towards a Remain result.

What does it take to beat the "Establishment" who run both Remain and Leave sides of the campaign at once? A better alternative by a "team" that plays a lot better, prepares and plans a lot better so that individually and collectively they can argue and campaign to argue better and everyone "in crowd" can see and hear and know which team played the better game and deserved to win even if they don't full appreciate how to do this fully, themselves.

That is the trend I hope we'll see going forwards.

I'm taking a break at this blog for a while and hence "Go Walkabout", as I've got other things to do. Finally the opportunity to prepare with The Leave Alliance individuals has been like being lucky enough to be on a team in a team sport where you know your team mates are really good at their roles in the team and you enjoy the performance of playing with them and know that you can depend on a strong performance which will usually lead to a corresponding result. It raises your own game and as a team you can only get stronger. The better you get the more the quality performance becomes the driving result of success and the win or loss condition, explicable in those terms, very rationally and emotionally very pacific; apart from the odd chance factor here and there.

It's been "awesome" being involved with such a team of people: Thank you all. Perhaps are team will reassemble and we'll recruit some new "players" in the future for the next big tournie?!

The only useful source on the developments of this results of the Referendum, I can recommend:-

But I'd also advise: Look at the performance, not the results:-

The Dark Heart of Politics: Barriers To People?


All this bs about "divided politics/healing/coming together" after the Referendum in the media... that ain't the game I've been playing and watching.

Some further considerations to compare to the result tomorrow:-

1. What happens when you rely for information from the Legacy News-Media. There has been a tendency to use polling data to frame identities along the lines of Good (young, educated, house-owning, professionals) vs Bad (old, less educated, left-behinds). People seem to pick up their information according to which group they are a part of (above and below).
2. An example: Teachers: They work with the framework that they are "do-gooders" for society shaping tomorrow's brains/citizens to be "good people". For them the EU is a symbol of "good" and UKIP (sharp intake of breath) is appalling with the vitreol against poor unfortunate migrants desperate to find safety and succour eg multi-cultural classroom inclusiveness where children naturally learn to get on well with each other.
3. The major comfort blanket has been provided by Vote Leave: Allowing Remain to argue about the safety of the economy within the EU for the middle-class and swing-voters. Combine that with the anti-immigrant identity and it's a double-whammy.
4. Another very interesting thing going on here: The number of "highly visible in society" people poking their oar in from their advantaged position to do so and being as hopelessly prey to the Legacy News-Media version of events as anyone else, no matter if they're highly decorated in whatever field they're apparently extremely talented and successful at.
5. Again, this "version" (above the line) has not been recognized fully and widely enough: It's that the politicians have treated the Referendum as another one of their own to dominate along with the legacy news-media, in the same way as they always do. People have been robbed of their Direct (real) Democracy process here on all sides of the debate. If there's one hard and fast outcome, it's this Top-Down Referendum Result.
6.There are glimmers of people seeing this from time to time eg the volatility in the markets which then after reports of pandemonium in the news return to where they were 24hrs or a few days later or where they were 'back in February" and people start to wonder at the wisdom of Osborne and Cameron using economic FUD against them thinking more about things. I'd guess however you're more likely to get more questioning by people in the lower classes than the middle classes however on the "market gods". Carney or Osborne or Soros, are not prestigious individuals so much as "just another bullshit merchant" if what they say is over-elaborate and the results don't seem to add up either.
7. I find perhaps the people most vulnerable to FUD appear to be the Middle-Classes? It's possible the people most vulnerable to extremist rhetoric are the Lower-Classes by comparison? This might explain a lot of the messaging (Tory Remains vs UKIP Leavers) in this Referendum?
8. People emotionally compromised by either of the above usually communicate their political intentions in this "alter-language" commanded by the SW1/Legacy News-Media which pollutes the arguments quality very detrimentally and ends up dominating it. What they say they themselves probably cannot explicate very well even to themselves, the support becomes ingrained attitude and belief aka world view within the context of our politics.
9. Polling seeks to measure this - absurd outcome.
10. Politics in the UK is hence driven in a suitably shallow mainstream narrative of a small component of the full views of people which are "invisible". I think there's possibly a lot of potential and productive politics that can be done "under the radar" or "below the line" as such? They're fruitful targets as it were. It remains an intention to develop "new tools" for Real Democracy for people to make use of in the future.

Posted by Red Cliffs Of Dawlish at 15:53