Referendum Result 2016: A Systemic Failure of Governance of People 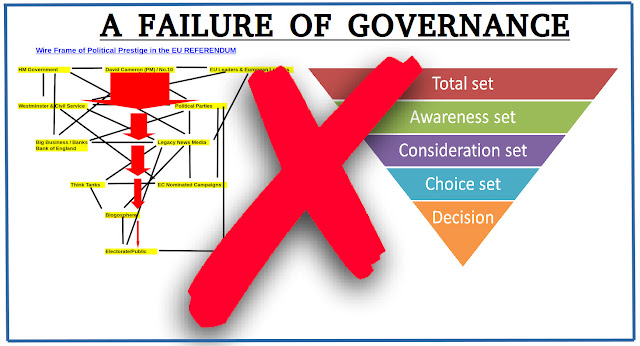 A Failure of Governance: Power flows down and dilutes knowledge of political decision-making at each "tier". Knowledge must flow upwards and control decision-making at the highest executive level of concentrated political power eg Wargames, Referendum Campaigns, Spending and Taxation of Peoples' Money etc...

Huge attention is reserved for the top tiers of our governance and this is primarily due to the inward and self-regarding effect of these "decision-workers" who must reserve "the wind-borne apples and milk" for themselves:- 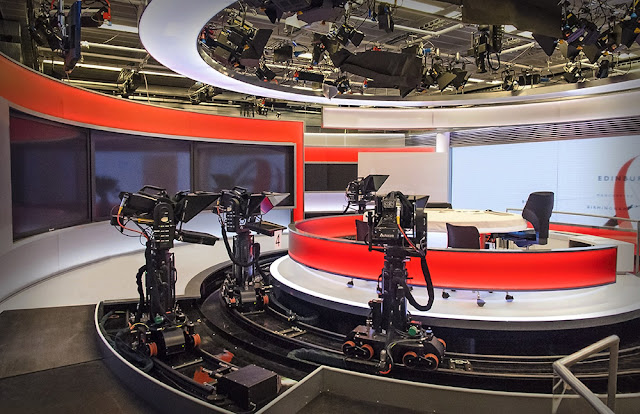 Newsnight has already done it's "self-regarding self-importance" show a few days ago on the death of one of its MPs. But this tragic event if abstracted only confirms the prevalence of which way the cameras are eternally pointing in this Top-Down driven government.

The results are already in for this Referendum, the real results not the "stoicastic" elements and that is confusion and people talking in confabulation loops over and over with each other, a useful illustration of this is Reddit once again due to the high visibility of the commentating structure:- 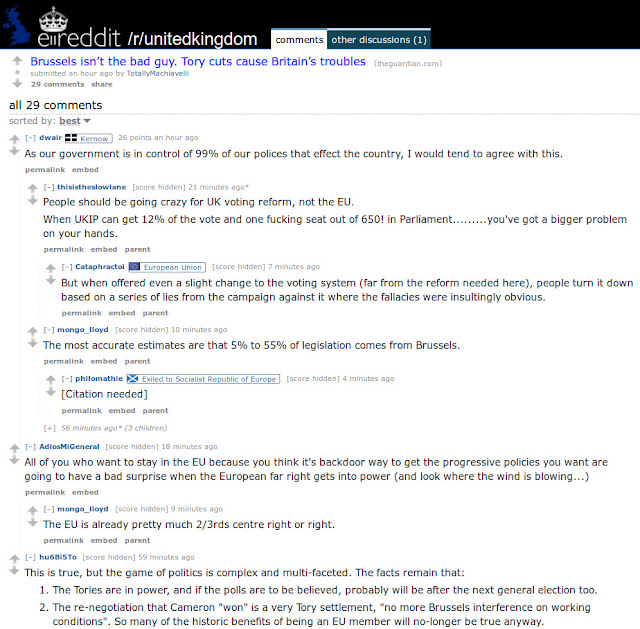 Illustrative of all the newspapers, think tanks, "experts" and tiers of governance and otherwise that contribute to this "universal" Babel-17 confabulation or "nonsense" or indeed as George Orwell called it: "Duckspeak".

Pete North has somewhat heroically blogged on the current "Media-o-drama" concerning the tragic and senseless killing of a human being (Female, Mother, Daughter, Sister, Charity & Community Worker etc ie diverse and positive identities irrespective of her views on politics Labour Pro-EU Minister of Parliament). I'm not sure even so how effective his articulated views can possibly be in the face of the media storm of emotional self-importance and egotism with all the powers of state and media behind such self-involved displays:- 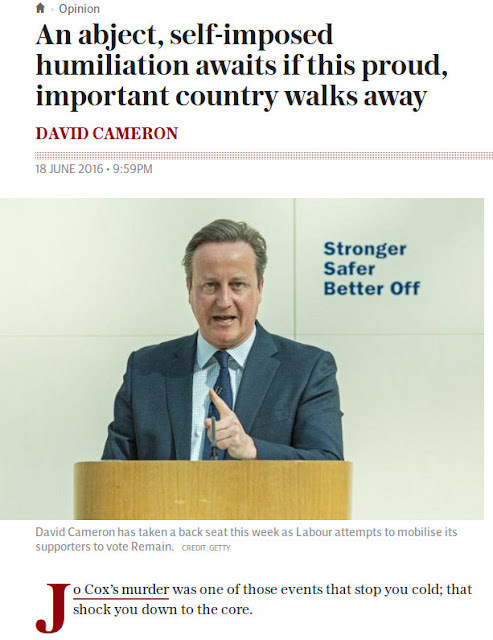 The expectation that I hold from these displays of hyper-emotional peer pressure and conformity shaming?

More reactionary "stunts" by people who pick up this "energy" and believe it's the way to act whichever side of the good people vs the bad people you are on:-

See Pete North's blog for more of this: An Atmosphere of Contempt. It's interesting that terrorist attacks from Jihadist Adherents have occurred against UK citizens whereas a terrorist attack from citizens has occurred against the Establishment identity and it was primarily the Establishment that triggered the Middle Eastern wars... as well as the EU Membership without the Mandate of the UK Citizens (people) on both subjects:- 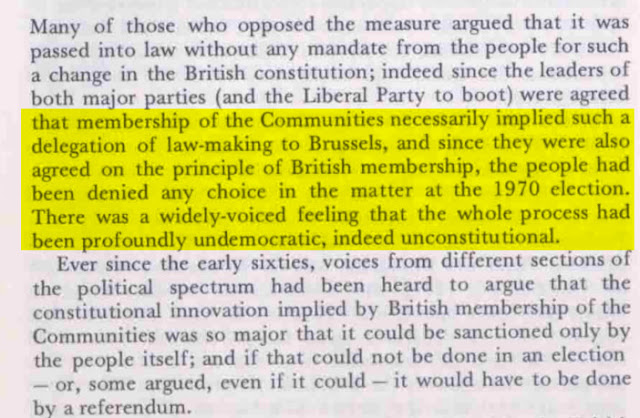 
There will be no self-criticism of the UK Establishment and Legacy News-Media over this issue: What will happen is that they will revert to type as they always do:-
I don't mean to come across in lacking in pity or heartless. This is another news-story in which someone or some people lost their lives. In fact so many news stories are of this sort, I avoid watching the news given it's not productive or positive to do so: Every day in every life there are the small and personal trials and tribulations we all have to contend with personally, that is more than enough in my opinion to shoulder. But I dilike immensely the modern societal condoning of this collective displays with 1 minute silencing popping up everywhere as "a mark of respect".

The problem with this I find is that it sanctifies a very narrow picture of what to respect:- [Source: http://bigemf5.deviantart.com/art/Burning-the-Midnight-Oil-25847669] 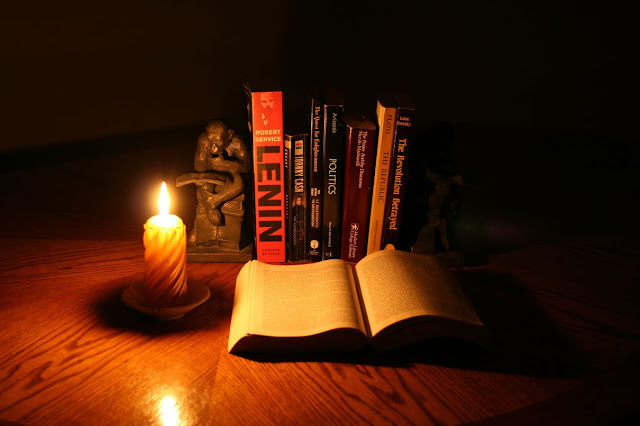 Carrying on carrying on... there is real work being done for people, by people but not for intention to be recognized and lauded by other people that seems to be the primary perogative of those people and politicians who cleave to centralized power above everyone else.
Posted by Red Cliffs Of Dawlish at 06:30