Putting Theories To The Test: The EU As Symbol of "Good"? 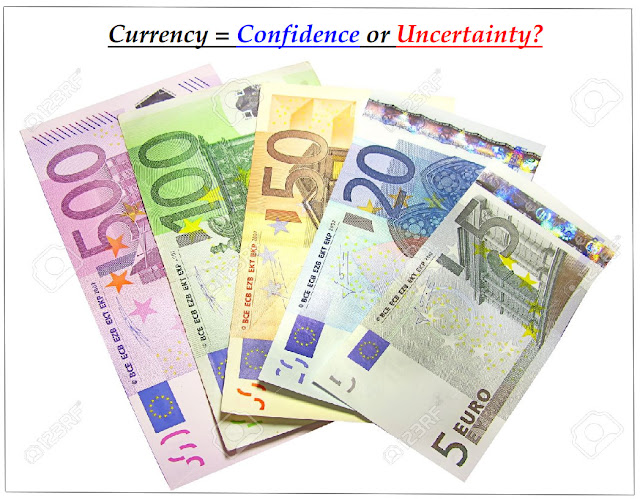 A Real Test Of Conviction: "Put Your Money Where Your Mouth Is."

I've previously considered one of the successes of the future will be along the lines of High Street Shops closing down and eventually High Streets changing to meet more specific needs of people and communities: A more social experience and service provided, perhaps, in the face of Internet competition; an eventual adaptation and opportunity for new business and social enterprise? Likewise a success I look forward to is the "closing down of some of the current major news sources" such as:-
In their support of the EU, they exhibit "Special Pleading":-


"Is a form of fallacious argument that involves an attempt to cite something as an exception to a generally accepted rule, principle, etc. without justifying the exception."

Foreseeing a gloomy post-Brexit future for my family 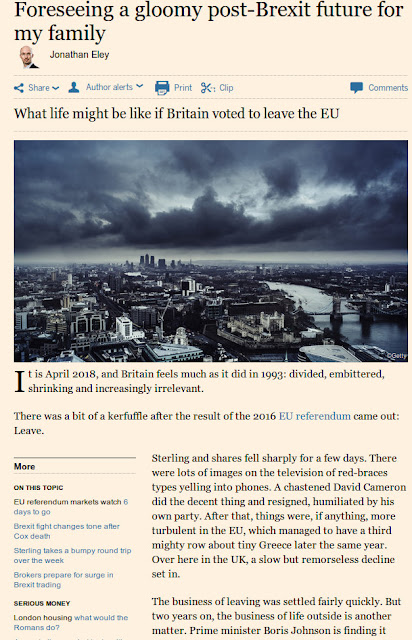 Please convert all your cash and assets into EUROs now asshole and send a postcard from your new address in 2018, too. 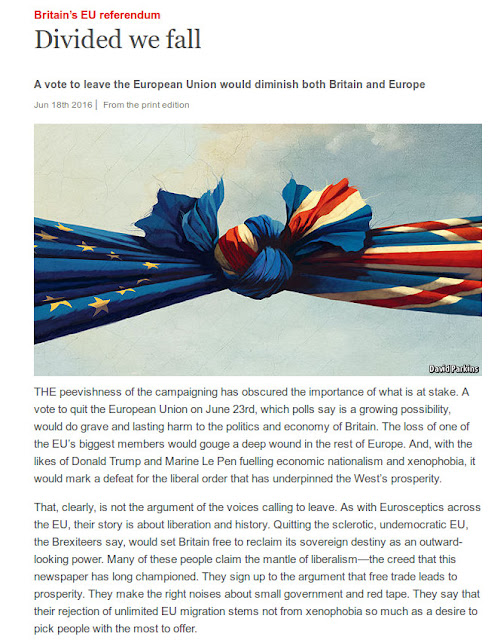 The Economist: Masquerading as knowledgeable and hence authorative and impartial in an economically rational voice - yet exhibiting exaggerated special pleading.


There's numerous such articles as these. Instead of repeating the same old tired Remain arguments and disputing them one by one, I'll summarize the sympathetic magical thinking:-


"The EU has a mystical property which means that no matter what is being talked about: Grasshoppers, Deodorant, History, Music, because the EU was founded with the intention to prevent wars, it is imbued with "Sacrosanct Good" and hence anything connected with it, must also symbolize this "Good". Thus the opposite becomes true, removing the EU also removes "Good" and thus the tenor of terror alluded to in these pieces above on all the tenuous connects to the negative consequences of Brexit." 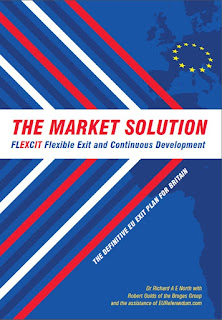 In FLEXCIT: The Market Solution: Introduction p.8-.9 it's acknowledged very candidly that a Withdrawal Process DOES NEED THE UTMOST CARE:-


"Leaving the EU is a big step and there can be no serious dispute that a botched process could have dire results... Any major disruption could do serious harm to our economy, well beyond just our trade with EU Member States. It could drive us into recession. There is no margin for error. We cannot afford to get it wrong."

"And we start with a basic premise. After nine treaties and 40 years of political and economic integration, there can be no clean break. Unravelling in a single step is not going to happen, and certainly not without compromises."

Now this practical approach to the realities of the situation, I think is sensibly worth putting to the test! If only the EU had been put to the test more frequently for more people (ie democratically), it may have all been a quite different story to the "Special Pleading" now being paraded by the journalists in The Economist and Financial Times.


"Taking all that into account, we propose six stages to our plan. Its very essence is that it is split into stages. We arrived where we are by a series of graduated steps. It makes absolute sense that we should leave in the same way."

Posted by Red Cliffs Of Dawlish at 09:18