RELATIONSHIP: The Central Point Argument of the EU 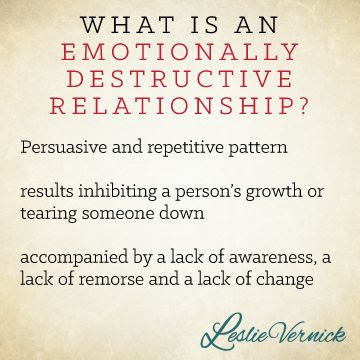 Why did the EU SUPRANATIONAL RELATIONSHIP Form?

There's a good summary here from EUReferendum.com: EU Referendum: remember Verdun. In The Great Deception we learn the names of the core, original architects of this idea for "the subordination" of nation states in Europe under a "United States of Europe" Supranational government:-
Subordination:


"When these two men first conceived their dream of a "United States of Europe", absolutely central to it was the prospect of setting up an entirely new form of government: One which was "Supra-National", beyond ["above"] the control of national governments , politicians and electorates. Nation states, governments and parliaments could be left in place: But only so that they could gradually become subordinated to a new supranational government which was above them all."


"Altiero Spinelli realized that to bring his vision  about, it would be necessary to conceal from the peoples of Europe just what was being done in their name until the process was so advanced that it had become irreversible."


"the most effective way to disguise the project's political purpose was to conceal it behind a pretence that it was concerned only with economic co-operation."

What I'd like to highlight: The reasons as per Verdun were "good intentions" to avoid bad relationships leading to millions of deaths in wars. However the means to achieve this objective, the forms decided upon:-
What we can see is the intention is good but the exectuion is negative and it's because of the relationship that was at the heart of the design which itself had to work through negative methods and hence it has become a negative or destructive relationship structure.

The evidence of this Relationship (As IT Relates TO and is Being Related FROM) in action vs the Technical  argument (IT Itself) being subjugated is exemplified in Fisheries evidence:- 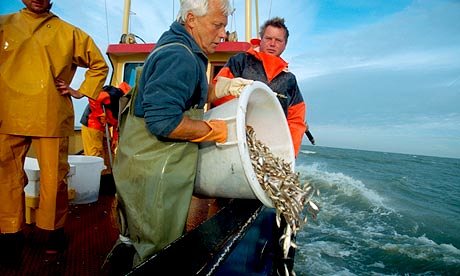 Re-establishing Local and National control of fishing policy will revive our fishing communities and restore our marine environment.


If anything it has got worse.

"Eleven years ago I produced an Opposition Green Paper on fishing in which I stated that ‘The Common Fisheries Policy is a biological, environmental, economic and social disaster; it is beyond reform. It is a system that forces fishermen to throw back more fish dead into the sea than they land, it has caused substantial degradation of the marine environment, it has destroyed much of the fishing industry, with compulsory scrapping of modern vessels and has devastated fishing communities’. Despite determined efforts to reform the CFP by the UK Coalition Government, not much has changed. If anything it has got worse.

The statistics are eye-watering


How did this happen?

How did this happen? Politics. Access to fishing grounds has been dominated by political considerations, on the basis of ‘equal access’ to what Brussels called a ‘common resource’. When we joined, fishing fleets from other EU member states were given proportionately a greater share of the fish allocation in UK waters than the British fleet.  This ‘Total Allowable Catch’ was determined annually during a seedy bargaining session in Brussels.  We can’t say we weren’t warned.

When Britain, Ireland, Norway and Denmark were negotiating to join the Common Market it was realised that 80 per cent of the EEC fish stock would now be in the internationally recognised ‘Exclusive Economic Zones’ of these four new member states. The Norwegian fisheries minister resigned rather than accept the deal, and when given the vote on whether to join, his countrymen sensibly said ‘nei’.

Considering this devastating effect on the industry, it’s almost an achievement that the Common Fisheries Policy has also managed to be an absolute ecological failure, too.

To Visualize the different arguments and the effect of this "new" Relationship on Fisheries Policy:-

Contrary to there being ‘too many fishermen chasing too few fish’, as the European Commission concluded after studying its own failures, the problem is caused by management in allowing overfishing for political reasons.


In the previous blog, Intermission: How To Argue About European Union Membership Effectively, it was looked at how to argue effectively to a general audience this message about the Central Point of the Argument about the EU as per Roland Smith's EU Referendum: Read The Question! and it needs to be reformulated in simple language that is undeniable: It is a question of Relationship Status of the UK with the EU and the merits of this status compared to a new relationship status such as:- 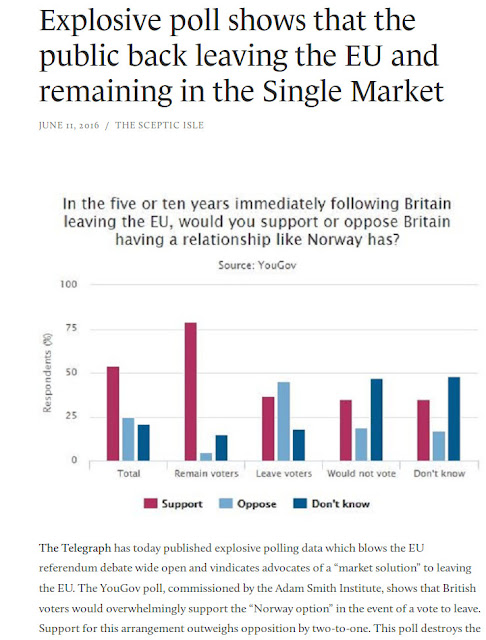 Far from in fact "selling the EEA" for it's "wonderful properties" which the Remain supporters are so desperate to contradict and step over the line into:-

ERM & Maastricht (Eurozone) "Economic Uncertainty" unleashed by John Major; Iraq War and Mass Immigration "Political Terror" unleashed by Tony Blair. Whether or not you like Nigel Farage the demagogue, he's the creation of both of these former Prime Ministers and their deep deep deceptions over the British people. The Deception is bigger than all the personalities and their declining prestige.

One of the worst mischaracterizations is from David Cameron's Immigration broken promise of <99,999 p.a. promise after his "Cast-Iron Guarantee Referendum" broken promise and then manipulation of the Referendum via his "Special Status" Dominance-Subordination discussions with the EU as Pete North notices: A matter of trusting David Cameron...

The EFTA/EEA Transitional Brexit solution is effectively answering the FIRST Question of Political EU Union Membership and removing that FIRST!!!! as perahps both Lost Leonardo A Step Into The Light and The Brexit Door Transition (EEA) Unites Voters, appreciate.


The Three Body Problem of the UK's EU Relationship 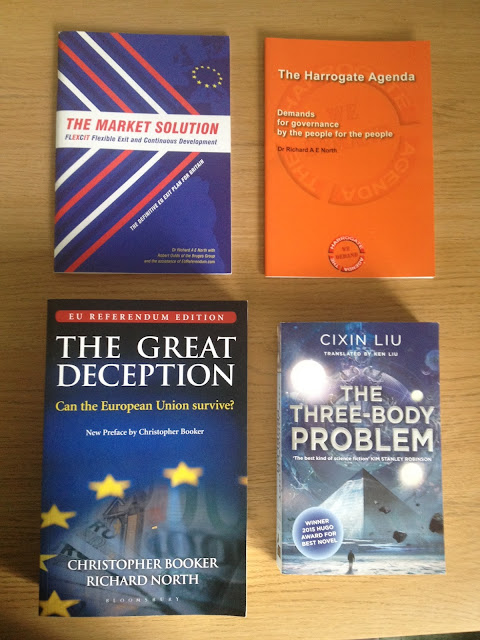 As much as my colleagues are positive about the recent reactions to the EEA, underneath I think there's this "3 Body Problem" (to nick from science: N > 2, the N-body problem is chaotic).

I think what needs to happen is to create more means and methods for Direct Democracy that by-pass a lot of the current news-media (see Scribblings From Seaham: The ‘pot-mess’ in which the UK now finds itself) and political bubble of SW1/Westminster politics (see ME Synon: How Cameron and the Commons will overturn a Leave vote) with more public <-> public (Mr. Brexit) debate and discussion generation.

This Referendum is a real result of this, any potential outcome Remain or Leave I think will be due more to "chaotic" factors!


EU Referendum: would we vote to join? 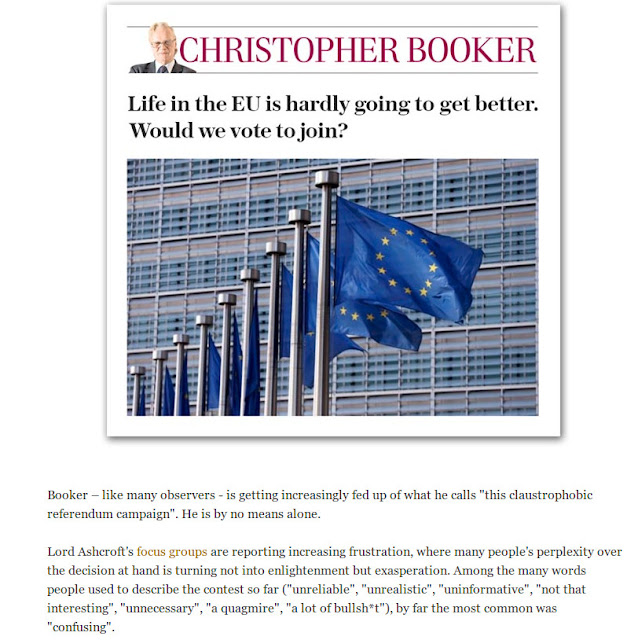 "Booker – like many observers - is getting increasingly fed up of what he calls "this claustrophobic referendum campaign". He is by no means alone.

Lord Ashcroft's focus groups are reporting increasing frustration, where many people's perplexity over the decision at hand is turning not into enlightenment but exasperation. Among the many words people used to describe the contest so far ("unreliable", "unrealistic", "uninformative", "not that interesting", "unnecessary", "a quagmire", "a lot of bullsh*t"), by far the most common was "confusing"."


Booker rightly observes that a "1-Body Problem" is very very very simple to answer for people (UK Unleashed) as opposed to this "3-Body Complexity" issue due to a lack of Direct Democracy operating in our politics. And that is the Central Point of the Argument: EU Political Relationship. The seeming obvious fact that all the most praised Remain positives of this Relationship are the UK's current "Opt-Outs" is or should be a minor epiphany of the poor logic of this relationship.
Posted by Red Cliffs Of Dawlish at 08:52