The Dark Heart of Politics: Barriers To People? 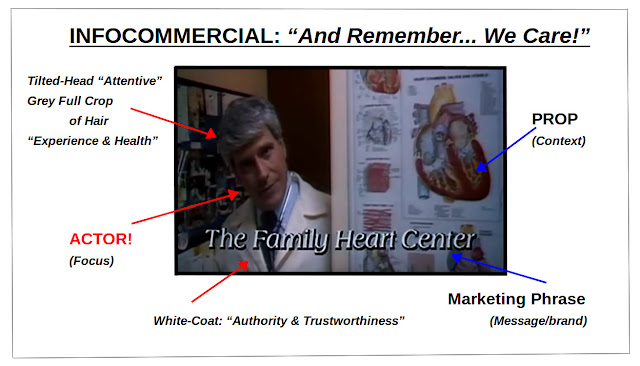 You can watch the full advert here: Robocop - Yamaha Heart Advert Commercial from Paul Verhoeven's Robocop. It's a brilliant piece of satire which Verhoeven observed directly as a Dutchman occuring in the United States which matches a useful quote by Isaac Asimov fr. "Why Society Needs Science-Fiction":-


"It is change, continuing change, inevitable change, that is the dominant factor in society today. No sensible decision can be made any longer without taking into account not only the world as it is, but the world as it will be...Science fiction writers foresee the inevitable, and although problems and catastrophes may be inevitable, solutions are not."

For the past number of blogs, the target or subject has been "Vote Leave". They have been a particular focus or face of the problems of our politics but not the full picture. You the viewer are the final piece in this picture of politics and the need to see politics and it's problems. Before suggesting this, much like science-fiction we need to look at "society" with new eyes. Some of the examples can be found easily on YouTube:-

It's amazing how these actors enact such unreal scenarios as if that is the most perfectly natural thing in the world to do!

These "live" commercial dial-up infomercial" mistakes are pure gold for combining the complete phony sensory information from what you understand the situation to actually be.

In the previous blog the contention was made concerning the difficulty of people to perceive politics. A large part of this problem is that in fact, unquestionably politics is produced in a form that "works" at exciting people emotionally in some manner or other: Namely emotionally unbalancing them through the senses: The more effective at this the more proven the data that people will be persuaded or at least influenced how to vote through their emotions more than their own assessment of their level of understanding.

In the above "interview" all I'm seeing is a bunch of actors selling some obscenely weird context to me... their manner reminds me of the over-excited commercial actor, desperately talking too quickly to fit in their spiel in the seconds of advertising available to grab peoples' attention and effect a sale to a mass of passive viewers.

This is the context that I would introduce to:- 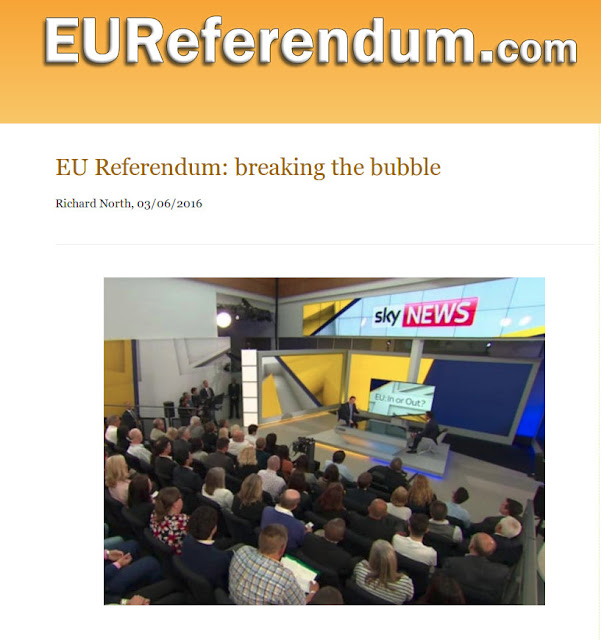 "By so doing, Roland managed to demonstrate that, once shorn of its identity, there is a real demand for the ideas expressed in Flexcit."

We see that FLEXCIT, a highly researched treatment of Brexit, is exposed to these same forces of societal selection on appearance and advertising that dominates so much of how we attempt to communicate our political decision-making. This is a very real result. The supposed "intelligensia" from Isaac Asimov again:-


"The strain of anti-intellectualism has been a constant thread winding its way through our political and cultural life, nurtured by the false notion that democracy means that "my ignorance is just as good as your knowledge."

"And it is these ignorant people, the most uneducated, the most unimaginative, the most unthinking among us, who would make themselves the guides and leaders of us all."


And to come back to FLEXCIT and "Breaking The Bubble" above:-


"For all that, we are under no illusions. Leaving the EU is not only a revolution in our relations with the Continent. It is also a fundamental restructuring of domestic governance, involving a long-overdue reshaping of the post-war settlement. Not by any means do we underestimate the gravity of what we propose.

That is why we need to win the intellectual argument - and why we need a plan. Flexcit demonstrates that this can do this without undue pain and without unacceptable risk. At the end of the process we have a United Kingdom fit to do business with the world as it is rather than how it was when Mr Monnet dreamed up the European Union.

Yet, only weeks now from the referendum, we're still discussing the basics. Roland Smith is still having to hide the true source of his papers for fear of offending the "nose bleeders". And Mr Cameron is thus able to get away with criticising the "leave" campaign for not having a plan, when we've had one all along."

If you do read the above blog post, it's particular focused summary of so much work to attempt to communicate without the excesses of advertising in the way I've attempted to describe and compare above. For these reasons:-

Posted by Red Cliffs Of Dawlish at 12:04