COMPRESSION TIME: Emotional hysteria will peak towards the EU Referendum vote then (AT)TENSION will return to the EUROZONE and the time pressure it is under.

There's some pure gold in the legacy-news media pulling out the "big-guns" in manipulating voters according to preferred criteria on how to vote Remain; in particular: Nobel prize-winning economists warn of long-term damage after Brexit and Reddit once again provides a convenient summary of tailored messages:- 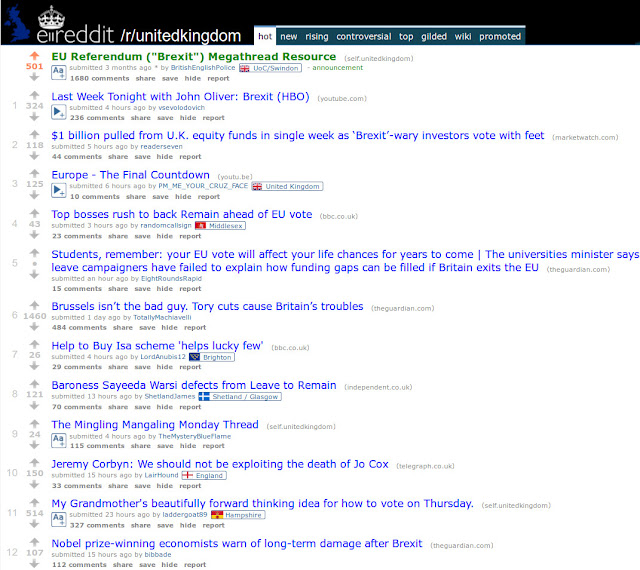 With regard to the economic uncetainty, there's inevitable flux as a mandate from people via democracy is a power signal with concentric waves of influence rippling out and affecting myriads of subjective realities (stock markets and currencies ( eg blog: Putting Theories To The Test: The EU As Symbol of "Good"?
confidence or uncertainty?) and the odd objective ones too. However all along the people are being deceived: To vote Remain is I predict to vote for Cameron as PM and President of the EU in 2017 where upon the UK will "Lead" the soft outer ring and pave the way for the EUROZONE Treaty post-2020 all according to schedule of the political classes, having managed the people out of the way and they will feel back in control once again. Massaging appearances back into their preferred form, again. 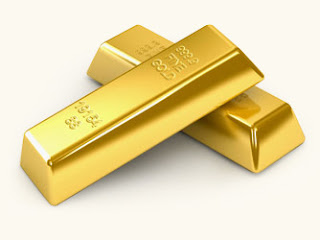 
It will be interesting to see the results of the Referendum and the data on who voted. Then there will be calculations to infer WHY people voted the way they did. I infer however, that those who vote REMAIN will tend to be women and tend to be well-educated and tend towards following more obediently and understand things with respect to what sounds most sensible - namely the swing voters will I think still vote for REMAIN after all the ammunition that VOTE LEAVE have provided with David Cameron to then lean on the above economists and the like. 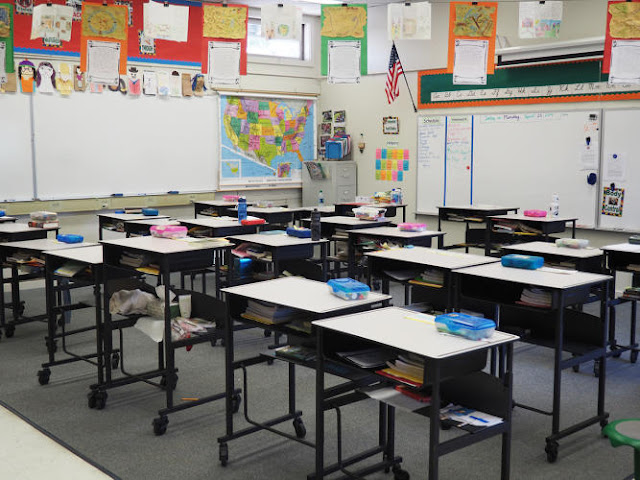 Habit-Forming: Independent Thinking or Arranged Learning? What does teacher say?

In fact a vote to Leave won't change much apart from sending out those signals and hence flux and this is because:-

Safe harbour: why the Norway option could take the risk out of Brexit 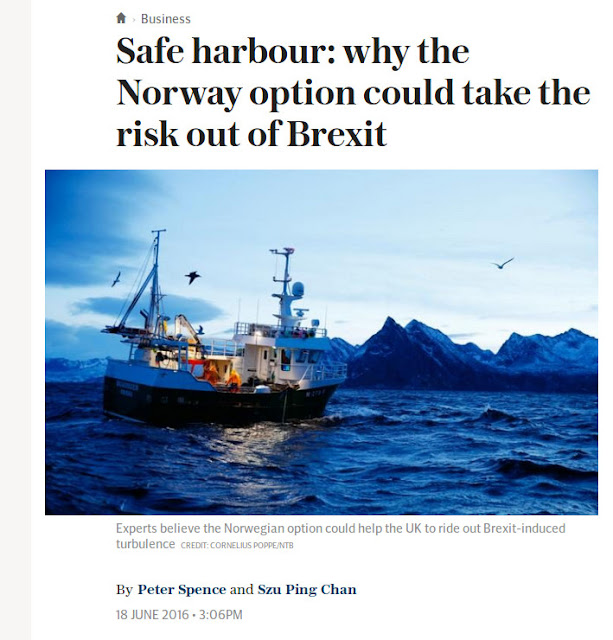 Anthony Scolefield of Futurus makes one of the most sensible observations regarding the Leave Vote concerning how it will be an exercise in "Political Permissibility" as the UK is already a full EEA member, the perogative of removing that would fall on the EU's decision-making shoulders and that is something it cannot and won't do for practical reasons apart from political permissibility reasons also.


"Inside the corridors of pro-remain Whitehall, and among many of the most informed Brexit advocates, there is a belief that the UK could find a much safer way to pull out of the EU. Proponents of a so-called “Flexcit” suggest that the UK might use a safe harbour that already exists to remove much of the risk from an EU divorce.

Backing out of the EU after a vote to leave, and re-entering the European Free Trade Association (EFTA) group of countries could pave a way out while doing minimal damage."


And getting to the heart of the matter concerning "Permissibility":-


"The larger risk to the Flexcit plan comes in the form of potential international opposition. Britain’s re-entry into EFTA would require the unanimous approval of its existing members. Having secured that blessing, the UK would then need all 27 of the EU’s remaining nations to sign off on it entering the EEA.
Smith concedes that France could put up a fight. “There are a number of people in the French political establishment, who would try to dig in and just not do anything,” he says, admitting that Paris could attempt to block a deal outright.
However, he believes that the pressure applied by other European countries, including fellow trading nations such as Germany, would be enough to get EEA entry on the table for the UK.
This may require a concession to France, “a pound of flesh”, Smith suggests, perhaps in the way of higher payments to the EU than other EFTA countries face."

Indeed this ties in with the thoughts of Anthony Scolefield of Futurus on "Permissibility":-

However underneath this particular and seemingly final Russian doll is in fact the final and last "one": The Voter, as Dr. RAE North explores and clarifies:-

"The purpose of Flexcit is to give reassurance to undecided voters, by showing that leaving the EU can be a safe, measured process. It need not have any economic fall-out.

As such, this exit plan does not seek to instruct government. It does not pretend to be actionable policy. It simply conveys a structured argument that says that, if it so desired, the Government can make leaving the EU relatively painless and ultimately very profitable. There is no "leap in the dark".


And indeed the real problem is communicating this to the voter so that their Selection Choice either for Remain or Leave feels both valid (Referendum) and viable (either choice depends on the voter's conception of the EU Membership vs a realistic alternative):-

"The point here, of course, is that Flexcit, very specifically, is NOT the Norway option. Phase One of our plan gives three choices, of which Norway is only one. There are two fallbacks, each devised to allow for the eventuality that Britain might fail to rejoin Efta – a prerequisite of the Norway option – or that it might be blocked from continued participation in the EEA.

With no reference to the fallbacks, the Telegraph mistakenly asserts that there is a "larger risk to the Flexcit plan", coming in the form of potential international opposition. Britain's re-entry into EFTA. This we are told "would require the unanimous approval of its existing members". And then, having secured that membership, the UK would "need all 27 of the EU's remaining nations to sign off on it entering the EEA".

Our concern here is that we have gone to extraordinary lengths to avoid our plan being dismissed on these grounds. Failure to join either Efta or the EEA may be a risk to the Norway option, but it is not a problem for Flexcit. If the worst happens, we simply move on to one of the fallbacks – their availability being an absolutely integral part of the plan.

Dwelling on the issue of "entering the EEA", it should be said that the argument has progressed, and in leaps and bounds. Here, the specific point is that the UK is already in the EEA. Thus, it is not a question of "entering the EEA" but of whether we can continue as part of it, having transitioned from the EU to Efta. This issue is discussed at length in Flexcit."

Anthony Scolefield is one of the few to argue in a mature and responsible way about the Permissibility question gifted to UK Voters in this EU Referendum. If someone gives you two options but does not give you permission concerning one of them due to other 3rd parties who cannot be relied upon... you have to ask: What sort of choice is that, exactly? Secondly, if all that is holding up Europe is some words on a piece of paper and not the common goodwill of all the current members and future members, just what signal does that send out about how people are governed?

At the bottom of this even below the level of the voter, is the fear of those in charge who made illegitimate decisions in the past that are now leading them to attempt to control and manage the voters consequentially and avoid those voters deciding that the EU or the EUROZONE is really not what they ever wanted (see the objective results) because they fear the "chain reaction" that will trigger on a fragile and failing system of their own doing. And the reasoning:-


So, we will have a serial liar in David Cameron in 2017 giving permission to the EUROZONE Treaty, I expect as a consequence of a Remain vote. Whatever happened to people giving their politicians their permission? I think this Referendum will confirm this inversion.
Posted by Red Cliffs Of Dawlish at 04:56