View From Vote Leave: Full of Complicity; Empty of Conscience 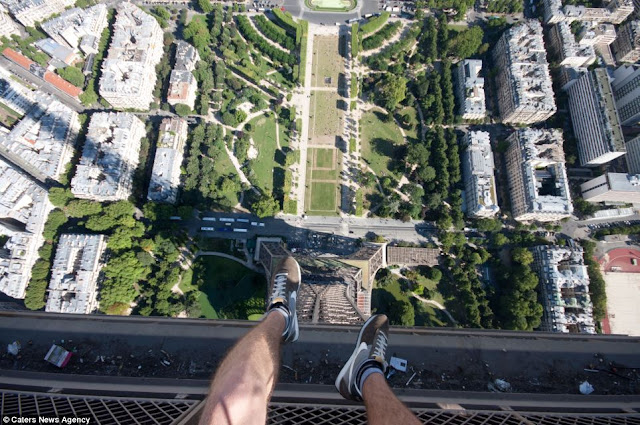 The view from The Eiffel Tower: People resemble the size and scale of swarming insects


In the previous blog, The Political Glass Bead Game: Delusional Decision-Making , the unreal nature of the political debate was described in broad brush terms with the use of the analogy of Herman Hesse's The Glass Bead Game. There's potential here that'll be revisited in the future some time after the Referendum. To use this context, the latest moves by Vote Leave concern Immigration:- 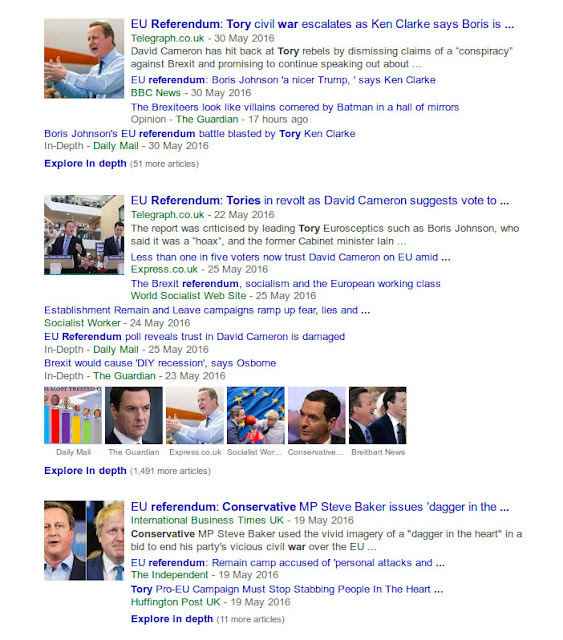 The above sets out the descriptions for this blog. You can read the explanations via EUReferendum.com (strangely de-ranked by Google... 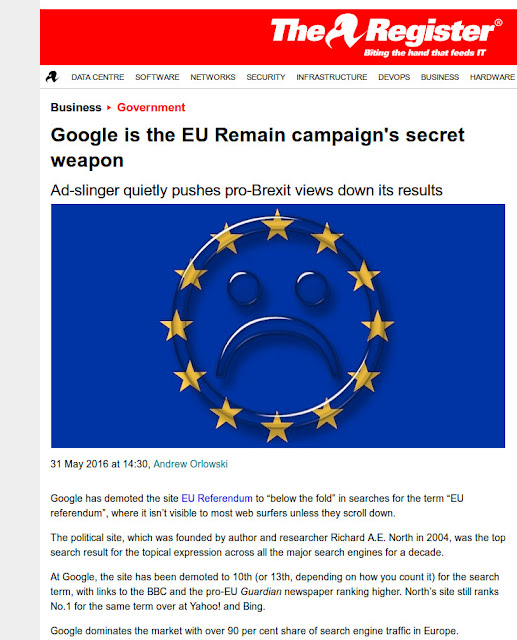 If we look at some of Dominic Cummings' previous blogs and possibly link to his decision-making helming Vote Leave's decisions:-
In the previous blog there was a spreadsheet image of some of the major donors to Vote Leave. It seems possible there is a link between Cummings' "polls on businesses" and these influential donors' narratives on The Single Market and the money that flows from such a Leave Organization.

Effectively, the data from polls (which shows Immigration as second most important issue) is a kind of argument developed from complicity: Complicity with what people feel they WANT or think they WANT as groups of swarming insects and the political group offering the most nectar will win their vote.

So we have this entirely absurd abstracted to nonsense Referendum Campaign as a result whereby those in power look down from such a height at the teeming multitudes and discern how to arrange them in formations that suit their obscure intentions.

What of course these polls don't tell us is how to argue in good conscience. People become numbers, similar with respect to the whole discussion on the industrialization of warfare that Dr. RAE North mentions: EU Referendum: remember Verdun . Such information becomes appalling knowledge felt when you consider all the men recruited in their villages and towns with NO INKLING THAT THEIR LIVES WERE TO BECOME MERE NUMBERS in quantification of piling more and more numbers against the enemies. What value their own individual lives and stories and livihoods removed and replaced by such numbers of losses:-

What we have today in our media communication is a return to:-

Remember Vote Leave sent out their own leaflet with a deliberate lie on the front of it. Now they move into Immigration position which is determined not to boost their vote, but to UPHOLD the glaring deceit of the EU argument above.

"The stupidity of it all is that "Project Fear" could so easily be neutralised by pointing out that no government could or would ever allow the worst projections to come to pass. The most logical outcome would be the plan of which no one dares speak its name."

There is little conscience and too much complicity in UK Politics magnified usefully by this EU Referendum Campaign and how debased it has been conducted by our own politicians and others.
Posted by Red Cliffs Of Dawlish at 05:09