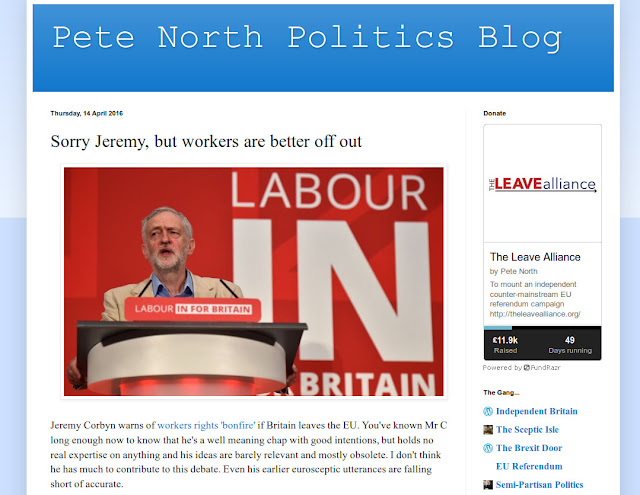 Pete North notices there's something not very "convincing" about Jeremy Corbyn's new "Pro-EU/europhile Stripes" in: Sorry Jeremy, but workers are better off out:-


"I must confess, while I have nothing in common with him politically, he does have a certain superficial appeal. His contempt for media hacks is refreshing. But with closer scrutiny you soon realise that a lot of what he does is still calculated. He's still one of them. And his sudden Damascene conversion to Europhilia marks him as a man with no real political courage. He is also on the wrong side of the facts.

As much as Britain has signed most of the International Labour Organisation conventions that will remain in force after we leave the EU, it doesn't hold that Britain was a Dickensian slum before the EU social chapter. We did have workers rights and health and safety before and we'd accomplished an equilibrium through many small increments."

"The controversial agreement has been criticized and opposed by unions, charities, NGOs and environmentalists, particularly in Europe. The Independent describes the range of negative impacts as "reducing the regulatory barriers to trade for big business, things like food safety law, environmental legislation, banking regulations and the sovereign powers of individual nations", or more critically as an "assault on European and US societies by transnational corporations"; and The Guardian noted the criticism of TTIP's "undemocratic nature of the closed-door talks", "influence of powerful lobbyists", and TTIP's potential ability to "undermine the democratic authority of local government"."

But if he did that it seems to follow that he might also harbour similar misgivings about the EU? Perhaps? Perhaps not... instead he's on similar "turf" but without the possibly misgivings against the EU before the EU Referendum. Interestingly, on the one hand we have the Tory's patter about The Fallacy of The Wrong Turn as described by White Wednesday/Roland Smith; considering the EU and on the other hand we have the lost argument against Britain/UK being "at the heart of the EU Project outside the Eurozone and outside Schengen and hence the "Fallacy of EU Reform" in "Barking Cats" territory as per Dr. RAE North. which is related to "The Better Deal Fallacy" desired by Vote Leave and/or Leave.EU/GO.

In the first case, it's a convenient erasing of an inconvenient truth. In the third case, it's equally a convenient excuse to make unrealistic demands that can't possibly be achieved and hence a self-limiting exercise in futility. And what to make of the second and "Middle Way" case that is supported by David Cameron as equally as by Jeremy Corbyn, though he tries to hide the association of the Establishment working together? In Cameron's Case we know what to call it:- 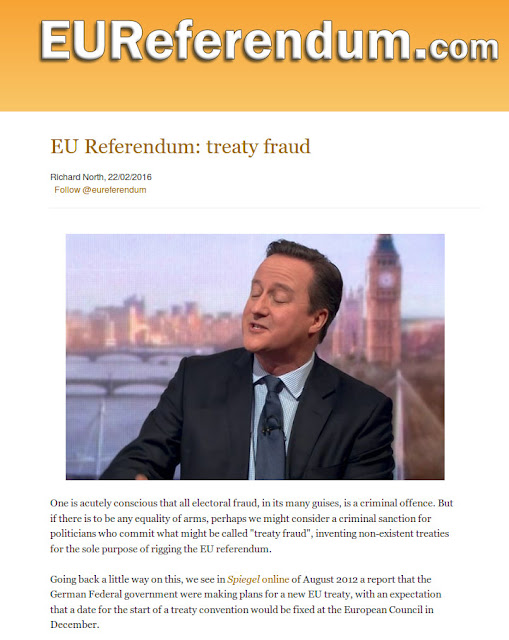 In the case of Corbyn, he's certainly inhibited in his reaction to the EU, hence I think it's less deliberate and willful, though it still seems deliberate and volitional, but he's effectively "Playing Dead" or Apparent Death when it comes to showing his EU Stripes:-

It did seem like Corbyn was the attempted reassertion of the original Labour over the New Labour schism in the party. But it looks like Corbyn has opted for this old ruse when it comes to the EU:- 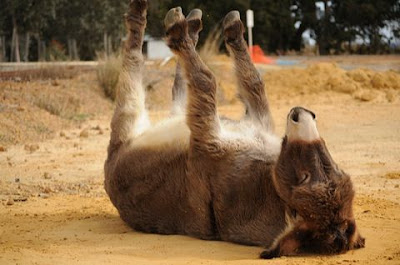 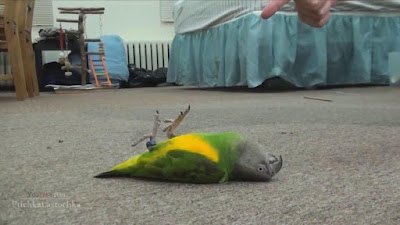 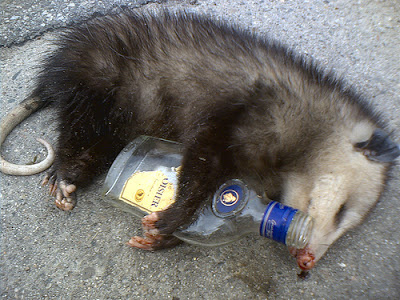 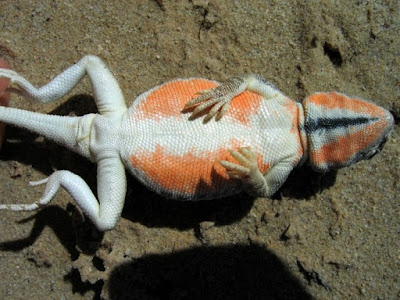 Posted by Red Cliffs Of Dawlish at 13:17