Of Democracy and Time Dilation 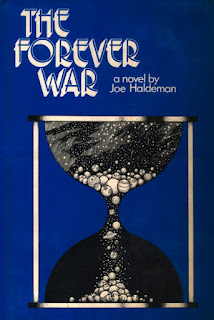 In Joe Haldeman's science-fiction novel "The Forever War" the main character William Mandella is one of Earth's soliders involving in fighting an interstellar war with an alien race. One of the many deep problems and perhaps the deepest, these soldiers experience due to space-travel is "Time Dilation". For a few months spent travelling through space-time, Earth time has passed significantly more "Sol years" relatively. This is another truly strong example of successfully combining Literature and Science . Joe Haldane perfectly captures the emotional detachment and every widening gap and alienation of the protagonists caught in a struggle that bears less and less resemblance between the origins of their struggle and it's now future-present experience. This plausible fictional idea resonates so strongly in part because it reflects such fidelity with the real world experiences Joe Haldaman and his fellow Vietnam Veterans experienced themselves in that historic war on their return "home". I cannot recommend this story enough for it's own merits, both literary and scientific.

In Robert Oulds speech (in above blog), he talks about who and how we are governed in the UK and why this forms the basis for British Exit (Brexit) of Withdrawal from the EU Treaty Structures and concerning the CIB (Campaign For An Independent Britain)

It is almost impossible for me to be able to relate back to that time period, to appreciate the length of time that some people have attempted to put forward arguments and constructive criticism concerning the European Economic Community as it was named then (see Scruton's comments on the "old gods vs the new god" in The Road To The European Union and now which is called the European Union (for how much longer?). Much like The Boiling Frog (of the same blogroll name) given enough time the frog undergoes a dramatic change without realizing it.


Irrespective of the full accuracy of the science, as a metaphor it still works. And it also corresponds our thought between "Time Dilation" and our subjective experience of time. In You know, we're just not reaching that guy. it was pointed out that the media exploits or at least implements the understanding of the difference between people engaging with content and people "blanking" such content: Afterall their commercial success depends on such an understanding and you come across such admissions: "Building online experiences" as part of the language:-

"...commercial competition in a market of consumers who can be more efficiently exploited (aka "monetized") via techniques to create an emotional reaction. This in turn transforms a mere "event" into an "experience" to use further technical language from an altogether different subject domain."

As per the above again, The Road To The European Union, drawing out our perspective of Britain/UK over historic time helped to provide some broad context to how our nation has formed and how democracy has developed equally with conflicts. There the increase in connectivity over space was observed upwards towards United Nations Economic Commission for Europe (UNECE) with it's x56 members compared with the European Unions (x28 of which x19 are EZ) of which all are signatories to the European Economic Area (EEC x31 members) which includes the x3 of the x4 European Free Trade Association (EFTA) with the exception being Switzerland which holds Bi-Lateral Agreements solely with the EU. 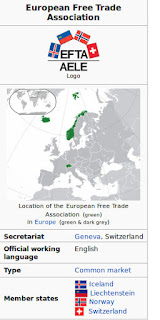 EFTA is similarly useful to demonstrate their spatial arrangement with both Britain/UK and with Europe and with the EU. In particular with Iceland and Norway being "Natural Neighbours" to Britain/UK.

However this is a tangent, the focus here is to now look at the "Time Dimension" to our arguments, and our Subjective experience of time as per the above according to how we are governed democratically. Here's a time-line of the Major EU Treaties compared to the General Elections in the UK/Britain from 1945-2015

I've left the accession Treaties from the above graphic. But looking at the General Elections frequency vs European average Frequency:

I also included the planned New Fiscal Treaty post-2020 pre-2025 and assigned 2022. In any case from the Lisbon Treaty -> New Treaty post-2020 it's still at least 11 years. Our immediate comparison is therefore representative and to consider the pattern this represents to our democracy:- 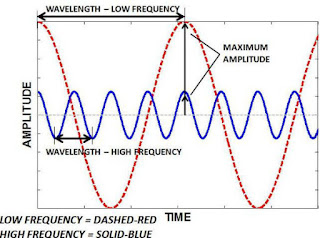 Less use the above to illustrate:


We fit in 2:1 ration of General Elections per Major Treaty or wavelength frequency (the graph even provides this approximation with x2 1/2 waves + x1 complete wave, serendipity). Interestingly the EU is actually similar to China's Elections on a 10 year cycle and not surprisingly: The general rule could be that the larger the Entity the more requirement for processing of information from more parts ie population size (EU: 508,191,116 ; China: 1,376,049,000) and complexity of administration scale. This also can be represented in the amplitude or height of the wave.

To avoid over-cooking the "model"; part of the major reason the EU is so poorly understood to not only the public but also politicians and media, due to both it's size but also it's own much longer periodicity and larger "political cogs and gears" turning as we compared it to in: Jean Monnet's "Engrenage": Destination unknown? If the amplitude reflects the size of polical policy powers transferred from member states to the EU in comparison to what we the people are able to vote on more frequently via our General elections then simply arguing in terms of:-

On these principles and they are quantified principles which makes them hold serious practical value, alone the European Union is worth voting to leave, purely in terms of people being in more control of their own policy powers and hence bargaining position with any politicians performing work in politics serving the nation(s), it's people. And we come back to the last time we were able to vote seriously in the 1975 Referendum (as opposed to the European Elections for MEP's to the EU Parliament which have a lower ratio of representation: Electoral Commission Recommended distribution of UK MEP seats) 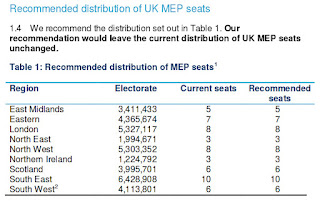 In "The 1975 Referendum" by David Butler and Uwe Kitzinger, we can see how different the conditions were than they are today: 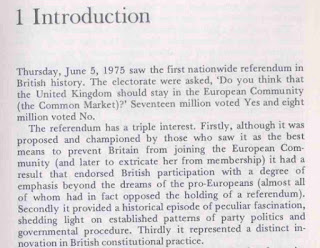 It is very hard to relate to in my opinion, but very necessary to fully understand also. Our General Elections which hold 5 year cycles are already for a population of ~65m people which ends in either "Red" or "Blue" parties in power feels very disenfranchising as per voter turn-out: General election turnout 1945 – 2015 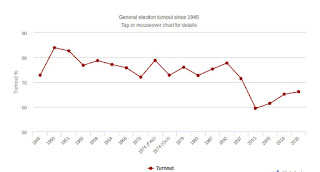 Policies we vote on as democratic decision-makers is diluted by the EU's "Pooling of Sovereignty" in it's own language to which we do not gain serious voting. Dilution of our representation further increases per ratio of MEP to voter and then again per UK MEP per vote in the EU Parliament and again beyond the Pariament to the Commission level. What we need is to merge the scale of time of democratic participation with the "quantitative deduction" of democratic representation.

Before looking at the quantitative arguments in more detail, the concept of "Time Dilution" needs to be appreciated. The above all shows the huge "Democratic Deficit" of the EU to which Roger Scruton pointed out that for example that Gordon Brown picked from his own Labour Party in government to become our unelected Prime Minister has the power to sign The Lisbon Treaty on behalf of the UK people, alone:- 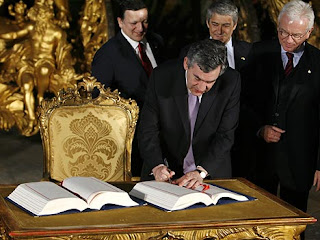 All this is very important and needs to be accessed quantitatively. However, before that, the question of subjective experience of time needs to be apprehended. Namely a smaller unit of democratic grouping of people (demos) can have a faster periodicity relationship between policy creation, decision and consensus and execution until the next full wave of the process or in usual parlance "cycle" or even "iteration". Not only this but these smaller units will subjectively be involved in the process over shorter time-frames. When we hold major decisions or take important actions are experience of the world intensifies at these moments which transform from "events" to "experiences" which could be emotionally represented as such:- 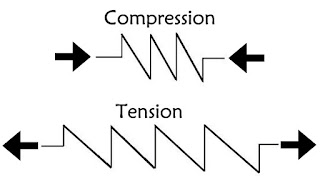 Our subjective experience of time appreciates it's own kind of "Time Dilation": In an event where forces combine in direction where we don't have to engage or take a decision outside our normal "auto-pilot" state of mind, time flows quickly and less noticeably. However, when we have an emotional engagement via decision or action, the "tension" creates a subjective extension of time as our attention is focused on the significant experience at hand. Absolutely or objectively time is the same but relatively or subjectively it is experienced very differently.

It does not seem so surprising when Douglas Carswell writing British democracy is dying, replaced by a smug, self-serving technocracy about Pro-EU Peter Mandelson's statement that:-

“The age of purely representative democracy is slowly coming to an end.”

The self-evident reasons in which they surround themselves, the Centralization of Power in combination with the trend of Globalization, appears to make this prophesy appear to true. But what we're seeing is that the EU Treaties themselves drivers "Political Uncertainty" and hence in fact are very susceptible to Globalization's rate of change and hence the opposite of what is needed:-

Antifragile: "Some things benefit from shocks; they thrive and grow when exposed to volatility, randomness, disorder, and stressors and love adventure, risk, and uncertainty"

In a sense democracy is "meant" to act like this, in allowing different arguments to compete with each other, where central planning could not possibly prescribe or predict all possibilities. Taleb suggests that democracy allows us to "kick out our elected leaders" and hence in order to change our execution process of decision-making to improve it's performance. Tony Benn said a similar thing:-


Just as people make decisions when they're engaged they can also be limited in their decision-making abilities via increasing the emotional tension via coercion: ensuring people remain in a state of anxiety and loop from anxiety to anxiety leading to indecision, so that the politicians can make their choices for them and deprive them of their true freedoms.

If people are given more information and education, and more opportunities to vote more locally frequently to their own self-interest then democracy itself is flowing not stagnating.

In our decision-making processes as individuals and as people we need to appreciate that direct participation over a suitable periodicity is positive to both active engagement and indeed continuous education of people about politics and their part to play in the nation's decision-making process. The alternative is the phenomenon that "William Mandella" experiences in the "Forever War":-


"Relativity means that for every few months' tour of duty centuries have passed on Earth, isolating the combatants ever more from the world for whose future they are fighting."

Posted by Red Cliffs Of Dawlish at 08:20