It's interesting to look back and consider what the people interested in the question of EU membership and in 1997, in particular EURO membership, thought about both the UK, the transition from the EEC (Common Market) into the EU (Political Union) and of course EURO membership. Also how they considered the past from that position in time, the present then, the past now.

What stands out in my opinion is just how static a lot of the general arguments have remained. They've been differentiated from our British Politics of the day or otherwise bogged down in details. In the video above:-

"The politicians are putting up a smokescreen to deceive us, this time in the shape of a referendum on the Single Currency. But whether or not we join it it will make little difference." 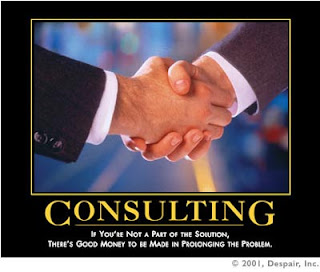 Looking at the BBC's various Timeline Summaries of the idea of the EU: A timeline of the EU it loses a lot of the critical arguments found in The Great Deception.

For example the above, the formation of the idea well before 1948. Jean Monnet's important role and the engineering of "engrenage" behind the scenes as per Jean Monnet's "Engrenage": Destination unknown?.
"No erosion of essential sovereignty."
But above all, the nature of the EU as a Supranational organization and the essential difference of this compared to Intergovernmental Cooperation as per Dr. RAE North: EU Referendum: an immensely complex operation. It makes clear how long these debates have been endlessly being dragged out:
Making interesting reading is an extract from a Cabinet Office document entitled: "Legal and Constitutional Implications of United Kingdom Membership of the European Community - Memorandum by the Law Officers" (C(67) 62) dated 25th April 1967 – and secret at the time.

The key bit comes at the end, and reads as follows:


"The requirements under the Treaties would restrict our independence of action in future international dealings, and would, broadly speaking, have the effect of transferring to Community institutions our power of concluding treaties on tariff and commercial matters …

As a matter of international law, we would have no right to withdraw from the Treaties unless there was a fundamental change in circumstance s (e.g. if one of the member States were over-run by a foreign power). We regard this as somewhat academic; if for any reason, the United Kingdom decided to withdraw, and an Act of Parliament were passed for this purpose, we find it difficult to imagine that our Courts would not give effect to it. Withdrawal from the Treaties would certainly be an immensely complex operation."

Politicians and people knew, as important as it was, it remained an exercise to "to be got out of the way."

This seems quite similar to recent articles and attitudes today, to take one up to date example at random: Business group urges David Cameron to call European Union referendum earlier . This reflects Business For Britain's arrogance (see Business for Elliott's Friends by The Boiling Frog) in that Business's voice is one of the loudest but actually represents few of the actual people who will vote in the Referendum. Yet their coverage is disproportionate in the News-Media. In the piece the argument goes:-

"There's a real possibility that a 2017 referendum would be a short-term judgement on the government:  A chance to whack the poltiical elite."

This fear was echoed, as recorded in The 1975 Referendum book but atst we see recordings of Parliament holding

There were various issues in the 1970's from the post-war years and more. However comparing 1975 to 2015 we have a track-record to access and hence to use to decide if Parliament, David Cameron and their usual "tricks" repeat. In the above Dogbert cartoon, the "consultant" uses the trick of first creating anxiety in the customer, then providing a "service" to remove it if the customer is happy to pay for their services. Here's another one from The Far Side: 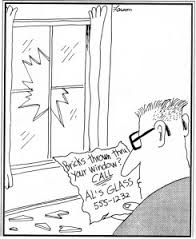 The performance of our government seems more preoccupied with maintaining it's position in the face of not progressing the EU argument. Their performance is made clear in their communication: Manipulative, Evasive resorting to "Ifs, Buts, Maybes" in as much of their talk of "EU Reform" as possible which as per David Cameron's false renegotiations are deliberately ill-defined:

"Believe me, I have no romantic attachment to the European Union and its institutions. I'm only interested in two things: Britain's prosperity and Britain's influence. That's why I'm going to fight so hard in this renegotiation, so we can get a better deal and the best of both worlds."

Lost Lenardo makes this point Language Matters on the poor quality of reporting on Article 50 TEU Lisbon Treaty and the deliberate omission of it also in the conflated Reform, Renegotiation, Referendum debate:- 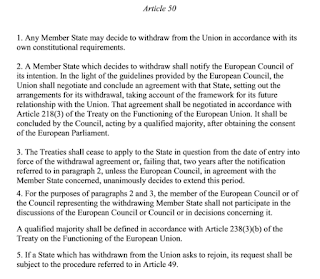 Like the above "Anxiety Inducements" they'll be on hand to alleviate the "pain" from the public just before we vote in the Referendum with some "spectacular deal" without as per repeated historic examples solving the actual problem. Here Pete North provides elaboration on what is missing from Mr. Cameron's speech: The EU is really about the elimination of democracy

The delay, procrastination and gold plating that occurs inside the EU is not necessary and adds no value to the process. The conclusion of Trans-Pacific Partnership, if ratified, demonstrates that independent nations are perfectly capable of of creating alliances without the artificial edifice of the EU. Alliances are always better than bloc treaties in that they allow nations to change allegiances according to the industry they are regulating so that the best deals can be made without unfavourable compromises.

The reason it survives is because it bribes special interest groups with our own money, farming out rights and entitlements as though there were no unintended consequences, and the result is slower growth, fewer opportunities and less secure contracts as Europe struggles to compete. But you won't find an academic in a cosy sinecure who's opposed to receiving EU funds, nor activists in EU funded NGOs and influential think tanks. That is how they control the message and that is how they dominate media opinion.

The bottom line is the EU is the fabrication of a fictional demos to impose on a people who wouldn't want it if they were told the truth about what it is and why it exists. Had it never existed, as things stand today, nobody would bother to invent it, unless of course they wanted what the EU wants - the elimination of democracy and the end of the nation state.

Posted by Red Cliffs Of Dawlish at 05:34