The world is a stage, but the play is badly cast.

A scene from The Big Lebowski (swearing)

"And all the men and women merely players;"
"They have their exits and their entrances,"
"And one man in his time plays many parts,"

The quote above is from William Shakespeare's As You Like It, spoken by 'Jacques' in Act II Scene VII. The speech compares "the world to a stage and life to a play." The above video clip is from The Coen Brother's comedy The Big Lebowski and the title quote from Oscar Wilde who suggests the poor quality of the play (life) is not the script (As You Like It) or the stage (world) but often lies with the cast (people/players).

The film scene above is in my opinion very high comedy value despite the colourful language: Please watch it and enjoy. And if I'm honest it's the benchmark of the the vast majority of the "eurosceptic" and "Pro-EU" arguments and their (lack of) quality, their personality-driven behaviour, which drives miscommunication (arguing at cross-purposes) and general incoherence of meaning and purpose. In Pattern Recognition we looked at the "short-circuiting" effect "prestige" has on the progression of arguments after having looked at this very effect first brought up highlighting the emerging "Tory Strategy" (as part of a larger general pattern in politics itself) concerning the Referendum in The Goldfinch and the Gilded Cage and then exemplied or indeed personified in David Cameron in Big Ben: The Four-Faced Liar. Recently other "playes" in this political cast were considered and how their roles were shaped by the preceding along with the Media's input (see previously "I've Been Expecting You...") such as the role that UKIP has assumed in this political comedy over the EU, in OMG !!!! Parakeet invasion once again you could say personified in Nigel Farage. 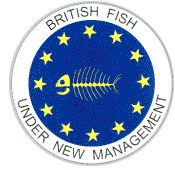 We know that the origins of the EU when Edward Heath signed the UK via The European Communities Act (1972) was by acting with full knowledge whatever his ideology or intentions, to paraphrase Winston Churchill's famous quote:- 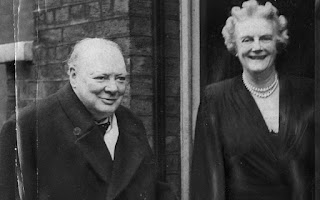 Why does Johnson try to pretend, against all the evidence, that Churchill might have wanted Britain to join in with Monnet’s supranational project? Why, in quoting Churchill’s Albert Hall speech in 1947, does he omit the crucial passage in which Churchill made clear that, while supporting Europe’s political integration, he saw no direct part in it for Britain, with its “Empire and Commonwealth”? This was a position he had eloquently stated as far back as 1930, when there was first serious talk about creating a “United States of Europe”. Johnson even betrays his ignorance by suggesting that Churchill was first to coin this already familiar phrase.

Johnson, for instance, quotes from the Parliamentary debate of 27 June 1950, on the Schuman Plan, but he omits any the key part of it which demonstrates, without the slightest hint of ambiguity, that Churchill was opposed to the plan.

It is simply darkening counsel to pretend … that by participating in the discussion, under the safeguards and reservations I have read, we could have been committed against our will to anything of this nature. I would add, to make my answer quite clear to the right hon. and learned Gentleman, that if he asked me, "Would you agree to a supranational authority which has the power to tell Great Britain not to cut any more coal or make any more steel, but to grow tomatoes instead?" I should say, without hesitation, the answer is "no". But why not be there to give the answer?

And from The Churchill Society:

"We have our own dream and our own task."
"We are with Europe, but not of it."
"We are linked but not combined."
"We are interested and associated but not absorbed."

Here's an example of a man who played his part in the play to great general acclaim, and yet there are people who would due to this pervert his "performance" as something they would prefer it to be - not what it actually was.
But the actual question is how many "players" are "well-cast" in this EU play? 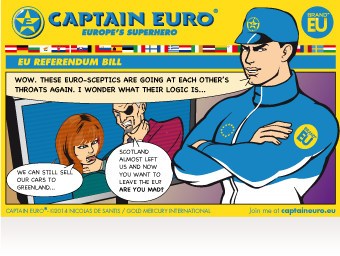 Nick Clegg: When "image" is more attractive than "substance"

I can't help but think the very primitive role of "Captain EURO" was played by Nick Clegg in our actual national discussion of our membership to the Supranational European Union. Dr. RAE North That debate: a victory against a weak opponent mentions his weak performance where it was mostly agreed he lost to Farage in terms of the "argument" and indeed this seems to have been backed up in part by the poor General Election under Nick Clegg as well as EU Elections the Liberal Democrat Party suffered. His quality of contribution is further discussed in EU politics: he really is that ignorant.

There is very little value in Nick Clegg's contribution, for several reasons: The argument is no longer dominated by the "orthodoxy of Pro-EU" membership and a side-show to British Politics since "New Labour". As above Cameron's new orthdoxy of "EUrosceptic Reform" has now become "the latest fashion". His arguments built on lies and deception could only assert the negative of the opposite of EU Membership not the positive of EU membership via FUD (Fear, Uncertainty, Doubt). This behaviour in our arguments was what started my own scepticism as per How do you become a "eurosceptic"? 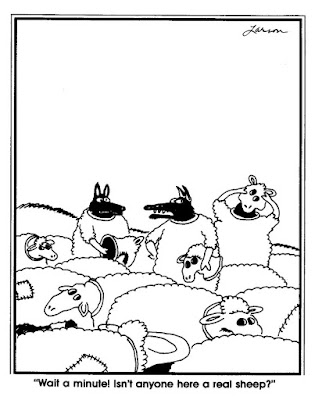 There it was pointed out, that without honesty, transparency and trust in our arguments we are effectively unable to argue coherently on either side of the argument. Again Christopher Booker writes, Our political scene is weirder than I can ever remember . Even on the "Pro-Brexit" side of the debate, the clear professionals on this topic such as Daniel Hannan sounds very convincing but when their actual arguments are looked at in closer detail, Dr. RAE North writes: EU exit: stretching the debate 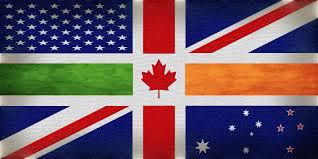 "Danny Champion of the Anglosphere"

Wearily, that is where Mr Hannan is stuck, in a decade-long groove that has not advanced an iota - even down to his arrogance in claiming to represent "most British Eurosceptics".

Of all the issues, though, the one that has progressed least is the question of regulation. Mr Hannan believes that having to deal with less regulation (the nine percent that he asserts) is better than the situation we encounter within the EU. But what he and others don't seem to realise is that there can be no difference in the amount of regulation we apply, in or out of the EU - in the short term, at least.

Invariably the above arguments end up becoming each proponents' own personal fiefdom: The arguments become identified with the personality of the proponent or "player" too much. So it is a honestly welcome contribution to the arguments when one of the cast knows what their role is and plays it honestly in this "play": Enter Right Of Stage: Andrew Duff :- 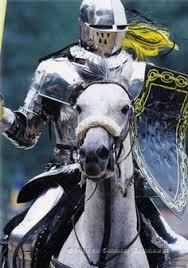 
Andrew Duff, former Liberal Democrat MEP and "Pro-Federalist" for the EU, who also contributed to "Fundamental Law of the European Union, published jointly by the Spinelli Group and the Bertelsmann Stiftung" and has written in the capacity as per: On Governing Europe and written before on The case for an Associate Membership of the European Union (2013) and then more recently Coping with the British: here’s how (September 2015) and again Cameron’s bid for irreversible guarantee means constitutional chaos (October 2015). A summary of which is provided my Mr. Brexit (so there's no need to review the content here and our purpose concerning the quality of arguments besides (see blogroll: Vote To Leave The EU) Andrew Duff... the best ally Brexiteers have in the fight against Cameron 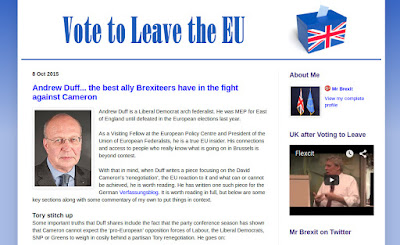 Looking at the title you could be forgiven if you are a "eurosceptic" for reacting in a petty manner and crowing triumphantly that here at last the "EU has dropped the ball" and now we can tell the world and win. I don't see it this way. As a "Brexiteer" (or even "Flexiteer"!) I read the title in this way:-

"Here is a player who knows their lines, knows their role, is experienced on stage and hence plays their part with some talent and dignity."

There are big problems in the world (the stage) in Europe and the UK, with our Money Supply, with debt/deficit, with democracy, our system of governance, with the EUROZONE and with the democratic deficit of the EU itself. Brexit is our focus, but it bears remembering that the entire cast all contribute one way or another in the quality of our arguments on all sides of the debate. Failing to accept this is effectively failing to learn from the mistakes of the good intentions of the people who decided to create the EU in the first place and circumvent effective arguments in the open, honestly put forwards for people to freely choose from.

In the case of Andrew Duff, I disagree with his vision of Europe, but when it comes to: "The world is a stage", at least he's doing his bit to ensure it's well cast.

Thank you.
Posted by Red Cliffs Of Dawlish at 08:49