The above mini-documentary on Rose-Ringed Parakeets is a very 'watchable' mixture of entertainment and investigation by the BBC: It's done with a balanced, playful tone at the same time as being informative and avoiding either sentimentality or hostility. It's not seeking to increase the dosage for servicing peoples' "emotional hits".

This is an example of a positive and balanced "investigative and discursive journalism" that aims to be informative and entertaining. It could do with a few more numbers on the actual population, a few more contributions from scientists studying their "impact" for both ecologically positive and negative outcomes as an "invasive" and now naturalised species. But overall it is inviting and inclusive of opinions and simultaneously fun. The best quality is that it is produced with confidence in letting the subject matter "do the talking" and leaving overall judgement and interpretation to the viewer. 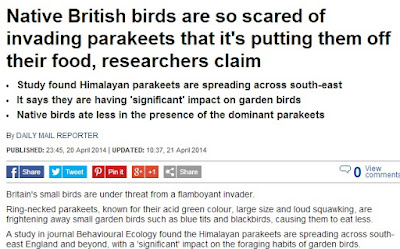 To compare to The Daily Mail which decides more of peoples' "emotional-buttons" need pressing to increase it's "attractive/detractive-value" or what people otherwise term "Deliberate (Professional) Trolling" of readers. Indeed, the RSPB "Giving Nature A Home" advise:-

'It is important that the spread of the ring-necked parakeet is monitored, and its potential for negative impacts on our native bird species assessed.'

If the parakeet population were to continue to grow, the implications for our native species must be closely monitored. The Government is obliged to ensure that non-native species do not adversely affect native wildlife, and is currently developing a policy framework for addressing the possible risks associated with such species becoming established. 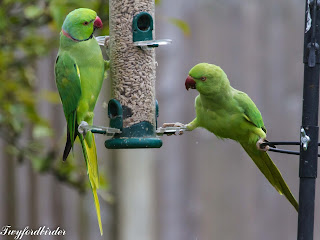 And here we have "The 2 Overruling Themes" on our own National Conversations concerning Migration Policy often reported as "Immigration Stories" of one kind or another in the Legacy News-Media.

"Aside from supplying a direct justification for violent conflict, the ideology of intergroup struggle ignites a nasty feature of human social psychology: the tendency to divide people into in-groups and out-groups and to treat the out-groups as less than human. It doesn't matter whether the groups are thought to be defined by their biology or by their history. Psychologists have found that they can create instant intergroup hostility by sorting people on just about any pretext, including the flip of a coin." 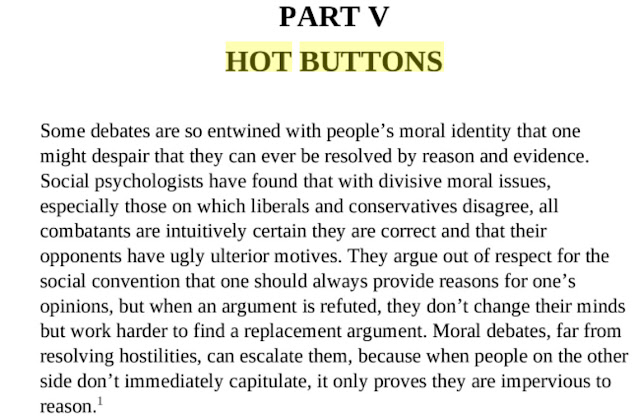 According to Westphalian sovereignty :-

"Westphalian sovereignty is the principle of international law that each nation state has sovereignty over its territory and domestic affairs, to the exclusion of all external powers, on the principle of non-interference in another country's domestic affairs, and that each state (no matter how large or small) is equal in international law. The doctrine is named after the Peace of Westphalia, signed in 1648... As European influence spread across the globe, the Westphalian principles, especially the concept of sovereign states, became central to international law and to the prevailing world order.

International relations theorists have identified several key principles of the Peace of Westphalia, which explain the Peace's significance and its impact on the world today":

In The Road To The European Union we looked at a comparison between different forms of governance via Roger Scruton's series of articles which concluded the significance of National Borders and hence Sovereignty to Nation States and the preconditions for Democracy such as The Rule Of Law etc, eloquently summarized by Jesus Christ Matthew 22:20-22 King James Version (KJV), whom Roger Scruton quotes:-

To add the context above, effectively National Democracies form "in-groups" and "out-groups" as such it will inevitably be a "hot button topic" in the nature of arguments that follow. From this statement of fact, it follows that due care and management of both: Communication and Policy are needed for the handling of Migration Policy at the National Level of good governance.


In Literature and Science we came to a hugely significant conclusion concerning the Visibility Of Arguments vs Quality of Arguments, to recap:- 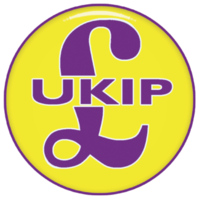 This inference is backed up in two ways: First, the argument we make here (above) and secondly looking at a history of The United Kingdom Independence Party (UKIP) (cheekily referred to as the UK-immigration-P); it demonstrates the growth curve away from being dismissed as a:-


"UKIP was founded in 1991 by the historian Alan Sked as the Anti-Federalist League, a single-issue Eurosceptic party. Renamed UKIP in 1993, the party adopted a wider right-wing platform and gradually increased its support vote over the coming two decades. Under Farage's leadership, from 2009 the party tailored its policies toward a politically disenfranchised white working-class support base, before making significant breakthroughs in the 2013 local elections and the 2014 European elections, where UKIP received the most votes. At the 2015 general election, the party gained the third largest vote share but won only one seat in the House of Commons.

"In 2006, Farage was elected leader of UKIP. He sought to broaden UKIP's image away from that of a single-issue party by introducing an array of socially conservative policies, including reducing immigration" 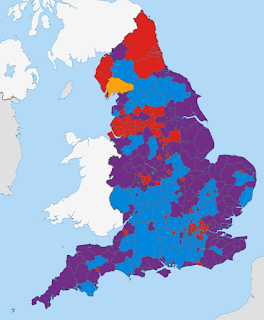 The numbers provided at wikipedia completely back up the growth of UKIP and it's politically impressive and significant to the state of our arguments. Looking also at:-

The full picture of the visibility of Migration Policy such that polling represents (in so much as polling represents anything of use - wet thumb for wind direction): Opinion Poll Results on Immigration shows this effect asserting itself in tandem with UKIP's political numbers and support growth.

However, UKIP and Immigration Polling are all about Visibility of Arguments, they represent (an especial topic for national democracies to be sensitive concerning) which are symptoms and effects of policy failure or lack of policy from our Government - not - the actual causes. 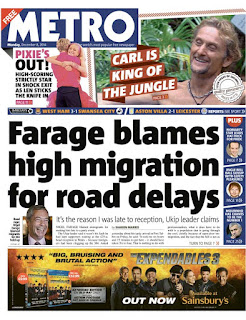 A lot of the main arguments are summarized in FLEXCIT. Dr. RAE North as you can see provides a vast analysis of Migration Policy, and both deeper and broader than Migration Watch, as well as far more contextual and impartial. But it shows the complex web of Policy Failure that is the true measure of the Quality of Argument and you compare it to UKIP's website, which is so barren of information to educate yourself with, by contrast: They don't need to regarding relying on the visibility of arguments only:- 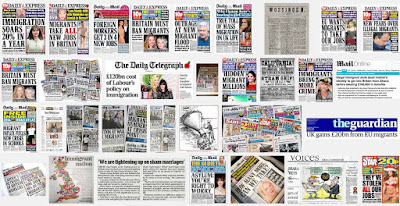 Ultimately we can establish a hierarchy:

Coming back to the Parakeet examples of people's numerous varied reactions:- 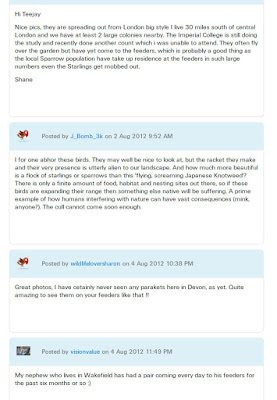 The above perfectly summarizes the hyper-emotional level of debate: Highly visible but extremely shallow and hence poor quality arguments: Mostly sentiment: Sentimentality and hostility. Towards Sir James Goldsmith's speech in The Referendum Party's Election video in Our Government: "Ifs, Buts, Maybes" he mentions that the great property of democracies is the ability of opposing groups with different views to accept the other side's arguments in a fair vote, fairly represented and hence "democracy heals itself". This property is not possible within the EU and is also very lacking in our own government at Westminster.
Previusly, the trend is from accusing UKIP, Dr. RAE North: EU Referendum: migrant misinformation. Then more people realize there's also something wrong with our media "in on it too" as per Lost Leonardo: A User’s Guide To The New Media and sooner or later it will work it's way back to the Government, The Brexit Door: Mrs May, Twittter & The politics of independence

When we gain more consensus closer to the ultimate source, then we will see that the argument beyond the government was all along within ours, the people's power to change things and force the govenment to actually work according to democracy. But in order to do that, all of:-
Must start using higher quality arguments according the fair rules of Real Democracy.  I personally believe UK/Britain has been one of the most tolerance and welcoming nations in the entire world and that we have one of the best and most cosmopolitan cities in the world in London where a lot of migration is focused.But without real democracy, those values and collective virtues of our culture are undermined; "our national treasures" as a people are tarnished by the politicians in power. 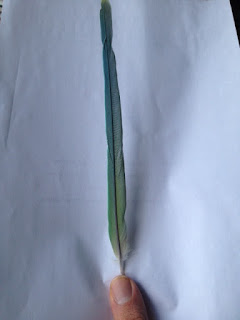 Rose-Ringed Parakeet tail-feather
Here's the tail-feather of a newly fledged Rose-Ringed Parakeet, I inadvertently saved from a Sparrowhawk, over the Summer. By everyone managing to improve the quality of their arguments across the board and not merely their visibility we'll all be able to "put a feather in our caps" for real democracy (pardon the pun!).
Posted by Red Cliffs Of Dawlish at 08:51