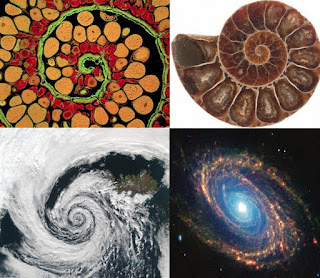 What has the above got to do with politics? Not a lot. But just look at it. The same pattern found at different scales and strangely illuminating and uplifting to look at, wouldn't you say? And also because politics has a habit of becoming stuck in the bog and mired in detail and verbose arguments. Sometimes remembering to "look up at the stars" "while stuck in the mud" is helpful, to remember where our destination is beyond the horizon.

But if we are trying to improve the quality of our arguments, one of the features that will win people over to higher quality arguments involves establishing factual patterns of results that then give strong predictive explanation to the choices we choose to make; hopefully in improving our performance as a nation, as per How do you become a "eurosceptic"? It's why I have a good deal of time for this video reminding people of which politicians, VIP's made which choices concerning joining the EURO:-

The EURO: "Wrong Then, Wrong Now"
In Our Government: "Ifs, Buts, Maybes" it was noted how stagnant our arguments and how stale they have remained concerning our EU Membership. Even referencing Dr. RAE North of EUReferendum.com with a reference to Heath Rejecting a form of Assocation Membership (see blogroll Vote To Leave The EU) as far back as 1963. We also noted in Of Democracy and Time Dilation the curious (and essential relationship), too, between Time and Democracy and Participation (and hence Representation value in decision-making governance) at different scales of human organizational endeavour.

The use of the above video is not to vilify the opponent as we observed in I've Been Expecting You... it's to ensure that a feedback-loop is built into our arguments when results whether negative-feedback or positive-feedback are achieved (we'll leave echoes of cosmos as above!):-

Feedback-Loop
What is noticeable with the above, is that they are all high-status "Leaders in our Society". Dr. RAE North has blogged about this:  The power of prestige quoting Gustave Le Bon :-

"Great power is given to ideas propagated by affirmation, repetition, and contagion by the circumstance that they acquire in time that mysterious force known as prestige.

Whatever has been a ruling power in the world, whether it be ideas or men, has in the main enforced its authority by means of that irresistible force expressed by the word “prestige.”

Namely, in the above classification type of arguments (Arguments From Authority) concerning the EURO, the "feedback-loop" has been "short-circuited" by "Prestige". This probably reduces down the core reason for why as we've discussed our arguments appear to be "going nowhere fast" or to visualize this:- 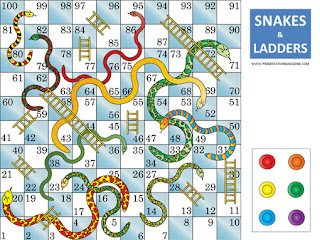 "Snakes and Ladders": A Game Of Chance
It's tempting to call the Pro-EURO personages/personalities of prestige above as "the snakes" and the Anti-EURO's the ladders... but we know better than that, unlike the Legacy Media because there's no commercial or political ulterior motive to do so. The snakes and the ladders are products of chance. It's the major reason why I would argue: You know, we're just not reaching that guy. and why "conventional wisdom" as per Dr. RAE North on polling: EU Referendum: asking the wrong questions 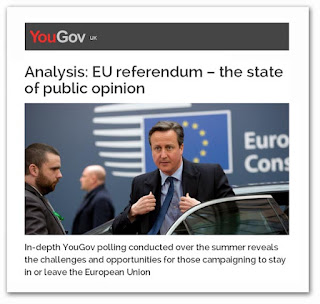 The EU "halo" is slipping off Mr. Cameron's head.
...that we see expressed by Politicians, Business, Media and indeed by People (presumably via YouGov) also, is wrong, and a "self-fulfilling prophesy" of increasing ignorance and hence increasing arguments against the spread of Real Democracy: The Harrogate Agenda. One of the properties of this system of democracy is the very fact that it reduces the Top-Down crystallization of arguments that the gravity of Centralism produces and where we see a present example of this exertion in via Lost Leonardo's A Two Track Debate; due to the above and more recently recognized utilizing George Orwell's Animal Farm: One for the Pigs and another for the People/Other Animals who are "not so equal" in these arguments.

In the upcoming Referendum, the peoples' votes are what matters as per Dr. RAE North: EU Referendum: the choice to be made 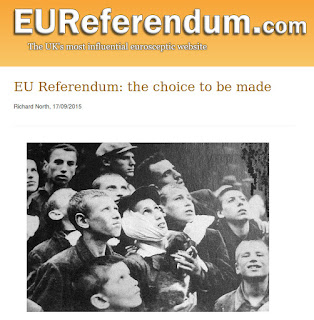 "The very nature of a referendum, as we have been wont to remind everyone, is a situation where our representatives step aside, to allow us to make a decision on a matter they have failed to resolve. For a time, the politicians are not centre-stage. They are the supplicants, the direction of grand policy dictated not by them but by us, the people."

In Big Ben: The Four-Faced Liar we looked at the likely shape and repeating pattern of arguments concerning the EU. We've looked at this pattern across time and across space. If we are to improve our arguments, we must employ an "intellectual basis" distinct form the "Westminster Bubble" trapped into poor arguments by the power of prestige, we must broaden the debate and "Crowdsource" it, referred to in The Greatest Political Problem of Our Time. 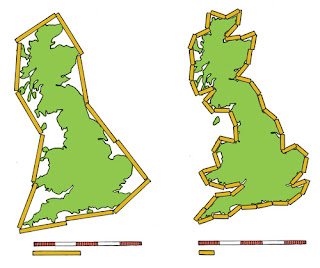 Slowly measuring a more accurate picture of the present
It is critical to do so because we can point to patterns that repeat in our membership which gives us powerful predictive value with which to remove the corrupting influence of prestige from the arguments being made and hence cripple the production of "Groupthink" as Christopher Booker provides a Media: The BBC’s groupthink is an enemy to free speech.
The problem with prestige is that it creates a short-circuit in the arguments that become established that then leads to propagation by the media that then becomes the source of "Groupthink". But we only have to look for patterns that broaden the context of the debate to reconnect the arguments according to a stronger match with the past track-record:-

The above establishes a pattern:-
The Bruges Group provides a mountain of quotes supporting The Great Deception is genuinely another pattern:- 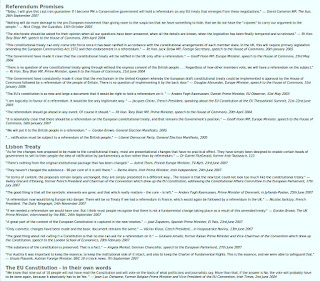 Patterns In The Dark

There is no more glaring  instance of  the way the ‘myth’ has rewritten history than its reworking of how the project was first launched on the world in 1950. Again  and  again  this  is  presented as  having  been  essentially  the  vision  of Robert  Schuman,  coupled  with  what  a  long  procession  of  the  project’s sympathisers up  to Tony Blair have followed Acheson  in calling Britain’s ‘worst mistake of the post-war period’, by failing to join it at its inception.
As we have seen, the Schuman Declaration perfectly exemplified the ‘Monnet method’ at work. Using Schuman as little more than a ventriloquist’s dummy, he  seized  the  opportunity  of  a  ‘beneficial  crisis’  to  implement  his  long premeditated stratagem, drawn from the thinking of the 1920s, that the project should  initially  be presented  as  no  more  than aplan to  set  up  a supranational authority  to  control  the industries  crucial  to  waging  war. But  the whole point of this device, as he explained to Spaak in Washington in 1941 and Macmillan in  Algiers  in  1943,  was  that  it  could  then  be  used  as  the  foundation for eventual political union.

In the greater and wider context of history and time, the above quotes which themselves are a wider range of politicians than purely the personal example picked-up from our Prime Ministers. In a way a pattern to reflect this which Dr. RAE North has mentioned before EU politics: life on the outside :- 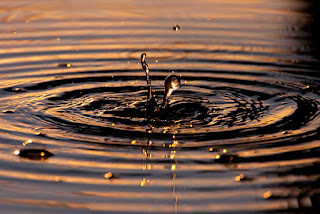 The pattern emerges: The Supranational EU of Concentric Circles

The drawback of all such ideas, however, is that they are based on a Europe of concentric circles. Brussels is at the centre and, as Prodi remarks today, other groupings are on the periphery, losing power as they get further from the centre. This necessarily means that those in the outer fringes assuming a subordinate or inferior status. By any measure, this is politically unacceptable to proud nations such as the UK.

What is less well known, however, is that this Europe of "concentric circles" cuts across a well-established global hierarchical structure which goes back to 1947, and argued in 1948 when Winston Churchill, with others, spoke for the United Nations to be the "paramount authority".

It's been a long post, so to end in the customary way:-

Lost Leonardo: The Principle Reason For Our EU Membership
Mr. Brexit: David Cameron: A culture of bullshit and lies

Question: Can you join the dots?
Posted by Red Cliffs Of Dawlish at 10:43