Politicians: No Taste, No Style, So Derivative! 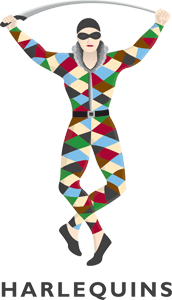 The above icon is of Harlequins F.C. club. It's adapted from The Harlequin character or "comic servant" a.k.a "zanny".The design of this icon is very good: There's a flamboyance in the colour pattern, the gait is light-of-foot and theatrical with expansive gesture of the arms. For a modern rugby club it's an attractive symbol or badge: The brand is distinct, it's colourful and upbeat and hence I think very marketable. Interestingly a French Rugby Union Club in Paris, Stade Français also opted for an "exuberant" style as you can see at their club site:- 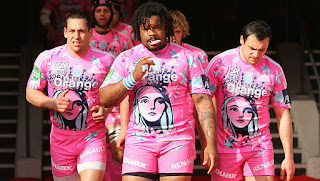 I've been to watch matches at both clubs and such experiences tend to be shaped by the attention to all the little details; of which the style of the club's various paraphernalia produce a very impact sense of "group identity" that carries through to the actual matches themselves and build-up on a "match-day". The atmosphere can be very electrifying if the match is well-played and well-contested; becoming very loud and energetic: Tribal to be blunt! Especially at tight moments in the game: Either euphoric collective highs or "baying for blood!" boo-ing and bulging eyeballs! To pick one of many quotes on fashion from Oscar Wilde:- 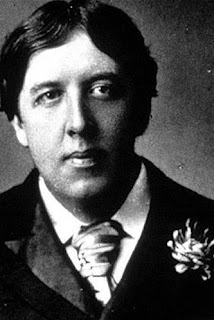 “Fashion is what one wears oneself. What is unfashionable is what other people wear."

Of note some of the politicians who tend to find favourable publicity based off their image which stands out from the "run-of-the-mill" grey-suit politician look:- 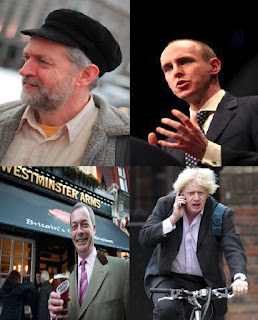 There's nothing surprising about this. In politics to use a model, they're simply adapting their presentation to fit their "target market of voters" or "niche":- 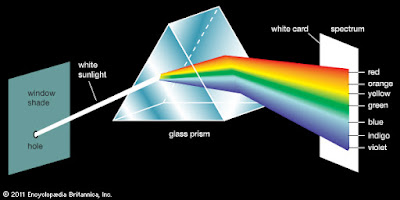 Refraction THEN reflection across the political spectrum

The problems start however when the "reflection" (political arithmetic, party politics) exists without any real bearing on the "refraction" (policy implementation process). To use the model for simplicity, the various differentiated colours are considered the actual politics, and the input from the "white light" is diminished in the the relationship. This we've got a name for:- 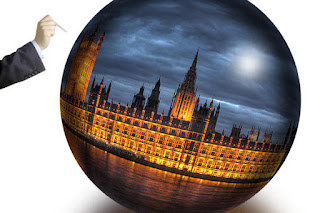 If we now come onto the question of EU Membership and re-apply the above model prism, for simplification, above: Let's say:-
We can give a colour to The Middle-Way Fallacy Argument (argumentum ad temperantiam) or "Wilsonian Fudge". And in our EU Arguments this creates a powerful dynamic for winning the argument:- 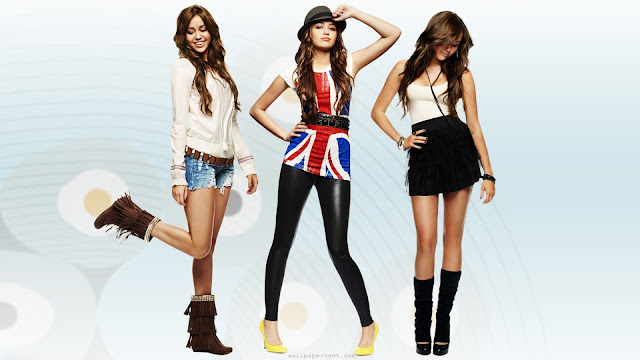 The latest, hottest, "everybody's talking about it" political fashion: The New Middle-Way Style.

To bring up crystal clear examples of this:-


New/Latest Fashion Advice: "Both sides of the EU referendum campaign have tough questions to answer"

This is repeated and replicated across the entire News-Media. I'm almost embarrassed to copy and paste from Do David Cameron's EU negotiations really matter at all? such "pearls of conventional wisdom", "demonstrations of so much sensible and considered moderation", and to prove it, "the best in business" of research on the subject:-

"There is ample evidence that Britain could flourish outside the EU: if you have the inclination, read the 1,000-page tome produced by the Business for Britain organisation, previously supported by Lord Rose, which details how the UK would, in fact, “gain influence and prosper” after leaving.

The document is entitled “Change, or Go”, thereby leaving open the option of staying in were Mr Cameron able to pull off a miraculous deal. In reality, though, it is a prospectus for a thriving, stand-alone Britain." 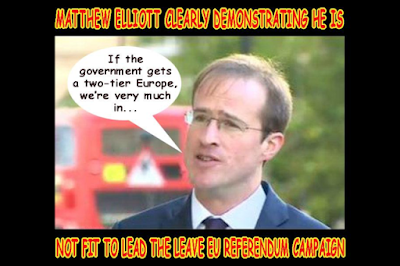 Another of these "fashion experts" is extolling similar virtues here: If this is perfidy, it works for Britain For Janen Ganesh, the "reflection" is what counts most and hence yet another journalist like Tim Montgomerie who falls into "The Cleverness Trap".


"The Remainers should not overstate their case: a vote to stay is a vote for decades of loveless, defensive diplomacy on Europe’s sidelines. If that is the burden that comes with participation in the world’s largest single market, voters will grudgingly live with it.

There is no clean answer to the conundrum of Britain and Europe. Because the referendum pits true-believing Europeans, who think the question is something as airy as “What kind of country should Britain be?”, against fervent sceptics, who see 1973 as a historic wrong to be avenged, nobody makes the case for fudge.

But fudge works. Fudge is the British way. Fudge is how Britain ended up with the best but not the worst of the European project. And fudge is what will emerge at the end of Mr Cameron’s great democratic exercise, whenever it comes and whatever the official result. The referendum is not a fork in the road. It is a roundabout with no exits."

Effectively all these people are championing the "fashion designer" called Matthew Elliott's and his taste and style in EU/British Clothes: Neither:- 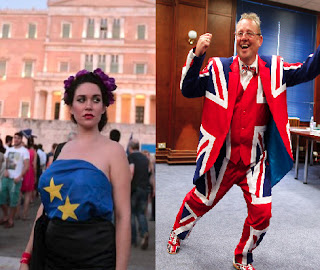 Status Quo Frames: EU Membership vs Anti-EU Membership = Both unpopular fashion labels.
But, because of the conceptual error as above concerning the "reflection" being all about winning "Swing-Voters" and not encouraging the people to participate in understanding the "refraction" there is the above false dichotomy as we covered in Big Ben: The Four-Faced Liar ; this is actually what all these people are choosing should determine the Referendum result: Not actually understanding the full context around Leave or Remain as we alluded to in How about a nice game of chess?: Not actually solving the problem intelligently to promote progress by understanding it. The results speak for themselves if we perceive them in a recognizable form:- 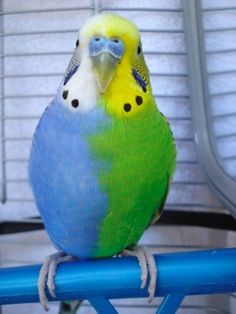 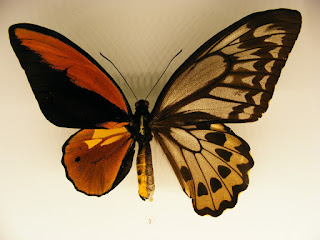 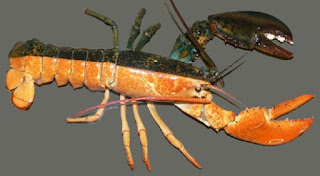 The above are examples of Gynandromorphism: "A gynandromorph can have bilateral asymmetry, one side female and one side male, or they can be mosaic, a case in which the two sexes aren't defined as clearly." We come back to our "political spectrum colours reflection" model. And this conceptually really is what The Fallacy Of The Middle Way Argument looks like, intellectually, if we discover what the actual nature of the argument really is aka in our model "The White Light" of factually based evidence: The Great Deception and FLEXCIT: The Definitive EU Exit Plan For Britain. All composed with extraordinary depth and breadth of research, of quantity and quality of references to produce a version of a political formal proof.

A free-market of competing ideas does not exist within "The Bubble"; only the latest fashions and political fads

What we come back to is that Politicians are driven by fashions such as in the poles, or the nebulous "public mood". They exert control over the governance of the UK but the price of that is fear of loss of control to forces they cannot predict: "Chaotic or emergent" shocks or shifts in public opinion: They thus pander to the Arguments From Popularity (Argumentum ad populum) and in doing so are the political equivalent of Fashion Victims:-


"Fashion victims are victims because they are vulnerable to faddishness and materialism, two of the widely recognized excesses of fashion, and consequently are at the mercy of society's prejudices or of the commercial interest of the fashion industry, or of both."

We looked at how poorly our politics is cast in The world is a stage, but the play is badly cast.  but this is also true in the sense the people often behave as a captive audience to the politicians, when their opinions en masse are actually what drives the politicians decisions! I've got to say I'm becoming so tired of our News-Media, particularly the ones that fall into the "Cleverness Trap" above: Cleaving to their received wisdom of plausibility as per: Argumentum Ad Infinitum.

Coming back to the beginning where we talked about the strange garb of the Harlequin, a character who came to prominence in the Commedia dell'arte before travelling to and arriving in Britain and thence to the rugby club above. The inspiration for such a character originated in travelling story-tellers such as we might still be familiar with of like-kind troubadours. Some of these people not only entertained through stories, wit and music but also passed on useful information and news from their travels to closed-communities (people would ordinarily not travel further than a few miles from their village). 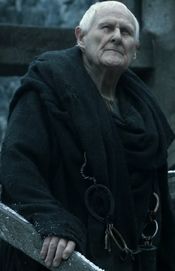 "Maester Aemon", a character from George R.R. Martin's A Game Of Thrones, bears the "many-linked chains of different metals" of his office

Thus started a tradition for such individuals to take a piece of cloth from each community visited and exchanges of news, information and stories and sow it into their travelling coat as a mark of how far and wide they had travelled and hence how valuable they might be to the communities they were welcomed into.

What is suggested is that people should appreciate from their politicians just how much they really know and hence how valuable they really are beyond their appearances and how much those fashionable images that they cultivate really reflects? This idea is contained within George R.R Martin's fantasy novel series, A Game Of Thrones: The Maesters of the Citidels number of metal strips indicating the level of knowledge they actually know. It's a fashion (chains or patches) that possibly we could do with for our own politicians today.
Posted by Red Cliffs Of Dawlish at 06:32